Hidden dance club is a hit

BUCHAREST, Belgrade and Krakow are famous throughout the world of electronica and dance music. But, although Bratislava is better known as a destination for stag parties than a club town, it does have a secret weapon. 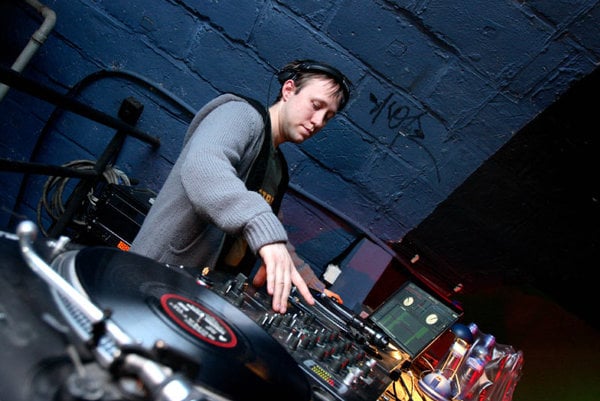 BUCHAREST, Belgrade and Krakow are famous throughout the world of electronica and dance music. But, although Bratislava is better known as a destination for stag parties than a club town, it does have a secret weapon.

In an abandoned bunker directly under Bratislava Castle, cutting-edge underground music is played to gyrating bodies massed in an intimate sweatbox. Welcome to Bratislava’s Sub Club.
First opened in 1991 as the U Club, this venue catered especially to fans of house and techno. In 2002 it became Účko before going bankrupt in June 2005. It was then bought by its new owners and has been operating as The Sub Club ever since.

Erik Babušiak, one of the club’s owners, said the most popular music at the Sub Club is Drum and Bass. Three monthly residencies are run by different crews – the longest-running and best known is dnb.sk, the newest is Nuclear, which plays the darker, harder side of the genre, and finally there’s 300H, which mixes drum and bass with breaks and abstract hip hop.

Drum and Bass, as the name suggests, is bass-heavy, built on breakbeat drum patterns and played at a fast tempo. It evolved from the UK Jungle scene of the early 90s, though clear criteria distinguishing Drum and Bass from Jungle are somewhat elusive, and Drum and Bass is sometimes even thought of as an updated moniker for Jungle. It’s unique in the dance music world as it originated in the UK, all other major dance genres having come from the US. Its roots are in black, inner-city communities, but in the UK it has become popular with young, party-focused students. This means Drum and Bass nights in the UK are friendly, sweaty, dressed-down affairs, and this was certainly the case the first time I visited the Sub Club, for a dnb.sk night last September.

Erik said the crowds come to Sub Club for their love of the party, and more for the atmosphere than the music. This can be a good thing, since revered DJs can attract a static crowd, more intent on taking notes on the DJ’s choice of records and mixing technique than dancing.

Erik’s sentiments are echoed by Miloš, who runs the monthly Milkshake night with his partner Skank. What he most likes about the crowd at Sub Club is that they are appreciative and dance right away. Miloš describes the sound at Milkshake as house music, but someone with a fondness for obscure and narrow pigeonholes might call it Microhouse or Click House.

As well as playing his own nights, Miloš has guested at clubs in London, Budapest, Vienna and Berlin, his favourite being Club 55 in Warsaw.

I asked Miloš where he is DJing in the future and he said he is concentrating more on his other projects. He certainly has a lot on his plate, with his Leporelo DJ agency, fortnightly radio show on Radio FM and his own remixes and productions. He has recently had releases on German and Hungarian labels, as well as Bratislava-based !”@.*%. In addition, he’s working on a remix for Slovak hip hop artist Vec and has completed a remix of Stala sa chyba from last year’s album XXL by Laco Lučenič, which got a personal thumbs up from Lučenič. Miloš says he want to work more in vocals, which are quite rare in minimal house, which is a more rhythm-centred genre. But it’s originality and cross-pollination with other genres that keeps electronic music fresh.

The music policy at the Sub Club also recognises this need. Recently, Erik has introduced more live music, a global trend in the traditionally DJ-focused ‘club’ nights. Ten years ago, clubbers turned up to hear DJs play music that couldn’t be heard elsewhere. But the internet changed everything, and now DJs have to work a bit harder to keep their sets distinctive. Producing their own tracks is one way to do so, and another is incorporating live elements with samplers, drum machines and electronic gadgets. Similarly, clubs will book not just DJs but live electronica acts, and this is reflected in the line-ups at the Sub Club.

Perhaps even more important in the evolution of the Sub Club are the nights devoted to more traditional live music. Having bands play has introduced a new audience to the Sub Club, and a wide range of guitar-based artists have played there in the last few years. Erik’s personal favourites include British act Magenta Phone and Czech band Ecstasy of St Teresa.

Erik began his involvement in music at Tlis Radio, a Bratislava student radio station with a colourful history. When it began broadcasting twenty-six years ago, tight regulation meant that all output had to be cleared by the state, but fake shows were given to government officials to allow the broadcast of dissident material. The radio is still active, broadcasting online with a volunteer staff, and many influential broadcasting figures began their careers there.

Erik is confident that Sub Club will continue to grow. It will close for about three months in early 2009 because of nearby construction, but the development of the area around the club will bring it closer to Bratislava’s Old Town. Improved transport links with Vienna means that Erik is concentrating a lot of his promotion efforts there. The introduction of the euro in Slovakia will help demonstrate how cheap the entry and drinks are compared both with Vienna and other Bratislava clubs.

The Sub Club is by no means the only place in Bratislava to see and hear good music. Randal Club caters to fans of guitar music, especially punk, and there are some great nights at Elam Club, such as the monthly house night, Music Is Everything. There have been casualties, too. Sonic Lab closed a few months ago and the ambitious club nights on a boat on the Danube lasted less than a year.

Globally, modern-day clubbers may be fewer, but they are more dedicated and discerning. They don’t want clubs the size of aircraft hangars, where corporate tie-ins come before the music. They want smaller, more intimate clubs run by people who are real music fans, and this is what you get at the Sub Club.