VIENNA and Bratislava are less than 60 kilometres apart, making them the closest capitals in Europe. Such a short distance provides a lot of opportunity for cooperation, which creates economic benefits, a wealth of cross-border contacts, and a better neighbourhood. 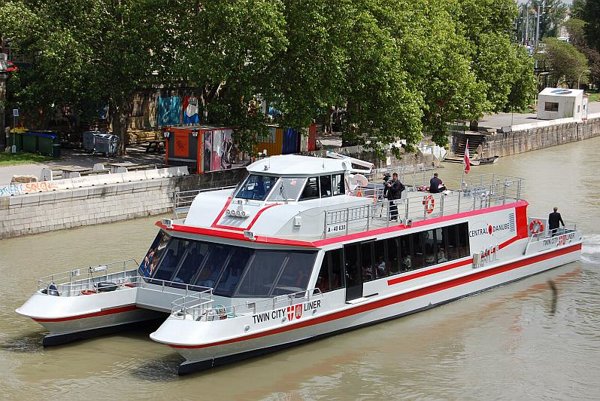 VIENNA and Bratislava are less than 60 kilometres apart, making them the closest capitals in Europe. Such a short distance provides a lot of opportunity for cooperation, which creates economic benefits, a wealth of cross-border contacts, and a better neighbourhood.

Bratislava and Vienna signed their first declaration on cooperation in the 1990s. The partnership was later renewed in 2003 as part of the CENTROPE region, which is a border quadrangle between the Czech Republic, Slovakia, Hungary and Austria. Vienna and Bratislava are in its geographical centre.

“Vienna sees medium and long term potential in this important partnership,” the Vienna Town Hall wrote in a memo to The Slovak Spectator. “In short, there are two strong partners in the Central European region who found a way to each other, who ideally complement each other, and whose common focus is quality of life, opportunities, creativity, growth and openness.”

Eva Chudinová, the spokeswoman of the Bratislava Town Hall, reiterated that the capitals’ proximity has led to a close relationship.

“For many Bratislavans, Vienna is like a second home, where they go to get inspired,” she said.

In the European Union, “twin towns” is another term for partner cities, which use geographic or political similarities to cultivate cultural and business ties. Therefore, any initiatives and business activities aimed at building relations between Vienna and Bratislava are often referred to as Twin City activities. They are usually supported by the cities themselves, or they are independent initiatives of various institutions and businesses. Many have been created with the help of EU funds.

“Bratislava and Vienna are like twins, though one is larger and the other is smaller, and they are so close to each other,” Chudinová said.

What is missing from Vienna is in Bratislava, and vice versa, she added.

“As both cities and the entire region become increasingly important, a mutual political will to cooperate is of particular importance,” it stated.

Vienna sees the greatest potential in cooperating on the development of transport infrastructure, such as a fast connection between Vienna and Bratislava airports. Austrians have also stressed the need for common planning.

Both cities agree that one of the most commercially successful projects is the Twin City Liner, a catamaran that runs regular trips along the Danube from one city centre to the other.

“Central Danube operates a project that is nicely in line with the idea of the Twin City [initiative],” Oľga Kanioková, a project manager at Central Danube.

The liner was launched in June 1, 2006, with one catamaran. A second catamaran was added this summer and took its maiden voyage on June 1.

“Other projects are also in the pipeline, but it would be premature to make them public,” she added.

The Vienna Town Hall also mentioned student exchange programmes and the Twin City Economic Summit in Bratislava in May 2008. About 200 people active in business, politics and state administration from both cities took part in the summit.

There have also been many joint projects initiated and implemented by regional chambers of commerce, especially in the two capitals.

The chambers of commerce in the Burgenland, Lower Austria, and Trnava regions set up the bilingual website Koop5.eu. The website has assisted around 400 registered firms in exchanging job offers and requests, according to Anna Kleimannová from the Bratislava regional chamber of commerce.

The project was financed through Interreg IIIA, an EU fund.

Bratislava and Vienna also co-publish the Twin City Journal, which provides information on cultural and social events and tries to paint a picture of life in both cities.

“There were many brochures on the twin region that were not making any progress because they usually focused on the same clichés,” said Henrieta Hrubá, editor-in-chief of the Twin City Journal. “So we intentionally choose pertinent topics – people, institutions, organisations – to be able to get to know similar institutions behind the border. One media for two cities can afford that.”

The launch of the journal was supported by EU funds and the majority of its circulation is financed by Bratislava. It is distributed in Vienna and Lower Austria for free.

Vienna became aware of Bratislava’s importance more than 10 years ago, the Vienna Town Hall said, so it established a contact office in the Slovak capital, which still operates to this day.

It serves as a point for collecting city administration contacts between the capitals.

“Fortunately, relations between Bratislava and Vienna have been spared any failures,” the Vienna Town Hall stated.