Slovaks commute, but aren't so keen to relocate

AMERICANS often follow lucrative job offers by relocating their whole family from one place to another, depending on how local labour markets develop and how their career paths change. Slovaks, like many of their European neighbours, have never really adopted this habit and tend to stay in their community, or commute to work daily or weekly instead. 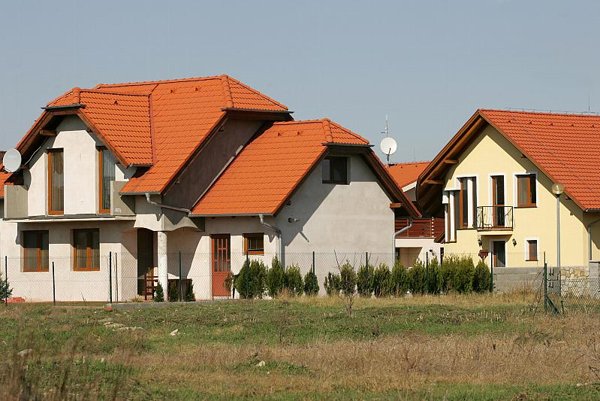 AMERICANS often follow lucrative job offers by relocating their whole family from one place to another, depending on how local labour markets develop and how their career paths change. Slovaks, like many of their European neighbours, have never really adopted this habit and tend to stay in their community, or commute to work daily or weekly instead.

Labour market watchers attribute this phenomenon to the fact that Slovaks are strongly bound to their families, homes and communities, while noting that high real estate prices and fewer incentives to relocate also play a role.

However, the degree of labour mobility differs even within Slovakia, along with the distance that people are willing to commute. This is affected by infrastructure, the unemployment rate and the attractiveness of the job.

“In general, regions with higher unemployment have a higher number of migrating labourers,” Zedníková said. “Bratislava and its surroundings, Považie and the Nitra region are the most frequent destinations for migrating employees.”

Dana Blechová, country manager with IVENTA, another recruitment company, said that people from eastern Slovakia most frequently move west - and not just within Slovakia.

‘Thanks to their knowledge of the Hungarian language, but also easier access to jobs, Hungary is an interesting destination for the inhabitants of southern regions,” Blechová told The Slovak Spectator.

According to Lucia Burianová, of the employment website Profesia.sk, many Slovaks still abroad travel for work, mainly to the Czech Republic, Great Britain, Germany, Austria and Italy.

“People living in smaller towns and villages that are near to larger economic and industrial centres commute for work,” Burianová told The Slovak Spectator.

The exodus is over

However, the period of one-way migrations from the eastern part of the country to the west is now over, says Miroslav Poliak, a partner with Menkyna & Partners Consulting. Investors are also heading to eastern regions to take advantage of the existing infrastructure.

“About three, four years ago we began to witness more intense penetration by investors in the so-called uninteresting regions, caused by the saturation of the interesting west of Slovakia and the gradual lack of qualified labour,” Poliak told The Slovak Spectator. “This is why qualified employees from central, southern, but mainly eastern Slovakia have no longer been so open to offers from the west. They anticipated the arrival of new opportunities in their regions and decided to stay with their families.”

Most of the managers and specialists who had been commuting to the west to work did not relocate due to the high prices and the lack of apartments but instead travelled for one-week shifts leaving their families at home. Because of this development, there is now a movement of labour from the west back to the east, Poliak said.

Poliak explained that the west’s attraction is maintained by low unemployment and also enough labour opportunities for young graduates, who after finishing their studies often stay and take up jobs, often at firms where they have already worked during their studies.

“Of course, the regions with the largest manufacturing companies in Slovakia have the greatest mobility: first of all Volkswagen, Kia, PSA, Samsung, Sony and US Steel, which need every available worker and are able to create suitable conditions,” Poliak said.

According to Poliak, today most of these companies have experience hiring workers from other countries such as Romania, Poland and Ukraine.

These large companies also bring suppliers, which often locate close to the company and need to employ even more people. This is why labour mobility is influenced in the surrounding areas within 100 kilometres of these industrial centres, he added.

Human resources professionals say that salaries in the Bratislava region are attractive enough to encourage people to migrate for work.

As far as the distances people are willing to travel each week for work, HR professionals say these vary from region to region and depend on the state of infrastructure.

According to Zedníková, in Slovakia the road and railway infrastructure is not as developed as it is in France, for example, where people commute to work for several hours a day. The radius for commuting to Bratislava for example is 100 kilometres, but only where highways are accessible, she added.

Many employees also temporarily move to the location of their jobs, with the frequency with which they return home depending on the distance they have to travel, said Zedníková.

Many managers are willing to accept weekly shifts if it is a good career move in a region which is more than 100 kilometres from their home, said Poliak. Also, there are professions for which one-week shifts are completely natural and employees are used to being separated from their families for a week or more and then travel home for the weekends, he added.

Poliak also said that among the more important factors is whether the employee is given a company car. With a car the distances the employee is willing to travel increase, with 100 kilometres as a sort of national limit, he added.

For employees who do not have a company car this commuting limit moves to less than 50 kilometres, said Poliak, adding that in both cases it depends on the quality of transport infrastructure in the region.

“Either way, commuting remains an important factor for employees when they consider job offers and this is why many large employers are intensively dealing with it,” Poliak told The Slovak Spectator.
While in Western countries relocation of the whole family to a place where work is available is a relatively frequent consideration, in Slovakia commuting by one member of a family is more usual than family relocation.

According to Zedníková, this is mostly the result of fears about such a demanding move and the effect on the strong connection people have to the region they come from.

“Many employees who commute still work on their farms or keep animals,” said Zedníková. “Another reason is fears about the loss of their property. There is very strong local patriotism in Slovakia, whereas in other European Union countries migrating for work has a much stronger tradition.”

People are bound to their homes, they have their families and friends there and they help each other, something which is not usual in Western countries, said Blechová.

“The house they have built and they own is one of the reasons,” Blechová said. “People in Slovakia are strongly bound to their real estate.”

Burianová also confirmed that in Slovakia people are not used to relocating their whole families because of jobs.

“Because Slovakia is a geographically small country commuting to work, even to more remote locations, does not appear so complicated,” Burianová told The Slovak Spectator.

Poliak, however, says that the most crucial difference is in living standards, and this is what determines whether whole families relocate because of a new job, or just one member of the family keeps commuting. He also highlighted high apartment prices, the lack of available rental opportunities and huge differences in the prices of houses between regions.

In some regions the fact that that both spouses might not be able to find the same opportunities might also contribute to the trend, Poliak said.

Blue-collar professions in Slovakia could benefit from labour mobility, according to Zedníková, while Burianová sees labour mobility as potentially beneficial for the long-term unemployed.
However, it is managers who are the most frequently supported by employers to relocate and eventually receive so-called relocation packages.

Employers have a range of ways to attract labour from other regions, which have become crucial in times of growing scarcity of qualified workers in many sectors of Slovakia’s economy.

These are mostly benefits linked to employee care: free transportation, housing and food are the most frequent tools used to entice employees to commute, according to Zedníková.

“Another benefit is, for example, a free internet connection so that the employee can talk to his or her family in the evening,” Zedníková said.

Finding a job for other family members, along with social benefits for families with children, can also encourage an employee to move, Blechová added.

According to Poliak, when changing middle-management jobs a 10-20 percent increase in salary is usual. However, if someone has to commute, the person would certainly calculate all the expenses associated with moving to a different region, and these are added to the pay rise, he added.

Poliak also listed non-financial benefits, such as housing, jobs for family members, different forms of loans, and free transportation, which are all gaining importance and are often even more important than pay.

“Slovakia has really significantly progressed in this area and issues of stability and employee loyalty have become a key issue for firms which now want to be an ‘employer of choice,’” Poliak concluded.