CONSTRUCTION is one industry which is grappling with a lack of qualified workers. As long as two years ago, the Construction Ministry announced that the construction sector in Slovakia was short of about 1,800 to 2,000 qualified workers, the Sme daily reported. 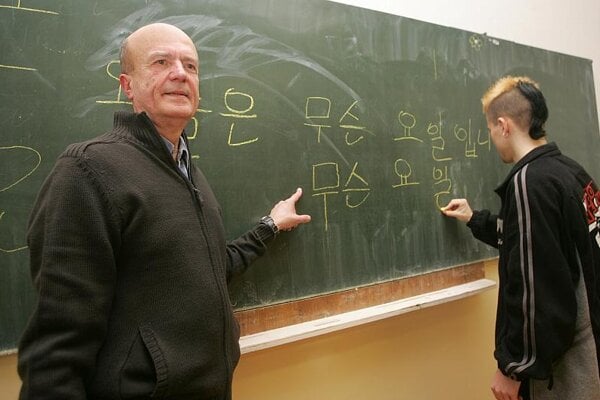 CONSTRUCTION is one industry which is grappling with a lack of qualified workers. As long as two years ago, the Construction Ministry announced that the construction sector in Slovakia was short of about 1,800 to 2,000 qualified workers, the Sme daily reported.

But interest from young people in attending training centres continues to be low. There were times when construction workers were available in sufficient numbers and some failed to find jobs. Today, it’s the other way round.

“In the early 1990s students graduating from professional construction schools could not find jobs in the construction industry,” Radoslav Sekerka of DEKRA Kvalifikácia a Poradenstvo (Qualification and Consultancy), a company offering HR services, said.

A year-long poll by Merces.sk suggests that Slovak bricklayers earn more in all regions than, for instance, teachers. Ivana Molnárová, the head of marketing for Profesia, says that the lack of workers is clearly contributing to increasing wages in this sector.

“The urban construction boom means greater demand for qualified labour,” said Molnárová. “The greatest demand for construction labourers is in Bratislava, with Nitra, Trnava, and Trenčín not far behind. There are currently more than 600 job offers in the construction area of the www.profesia.sk website.”

Experts agree that communication between the labour market and the school system has failed.

“The connection between school and experience continues to be a crucial problem. Another reason is the low interest in secondary professional training centres, which provide a week of work experience followed by a week of general education – this kind of education is at the bottom of primary school pupils’ interest. Their interest is more in the direction of secondary grammar schools,” Molnárová said.

Sekerka points out that the public sector does not react flexibly enough to the needs of the labour market. “On the other hand, we have to realise that the process of preparing professionally educated people is long-term. It is not possible to ‘fill’ the labour market with professional schools’ graduates within two to three years.” In this sense, employers also have to be active, according to Sekerka. “The only way is to communicate actively and cooperate with secondary professional schools.”

The decrease in interest in labouring professions is a long-term trend.

“The attractiveness of labouring jobs is low not only among pupils, but mainly with their parents,” Sekerka said, explaining the reasons for the lack of interest in vocational schools.

Molnárová said that arts and law departments in particular are producing more graduates than the market demands. There is also a lower interest in graduates from secondary schools with general grammar streaming. In Slovakia, university graduates are better paid on average than people in manual jobs. But there are jobs like teachers, medical assistants, and researchers, which are less well-paid.