HOUSEHOLDS worldwide have been abandoning landlines, causing fixed-line operators to focus on business clients, who continue to use the service. 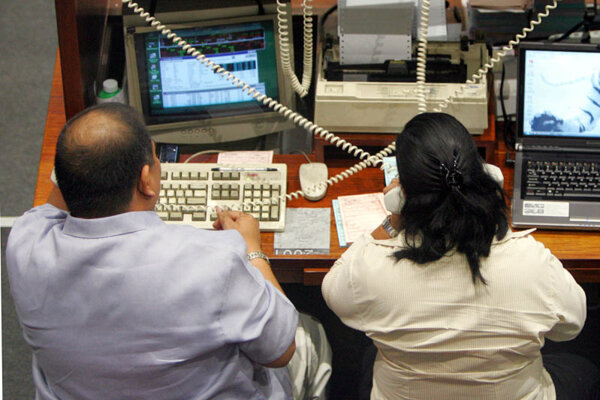 HOUSEHOLDS worldwide have been abandoning landlines, causing fixed-line operators to focus on business clients, who continue to use the service.

At the same time, fixed-line operators are devising innovative solutions to tackle the spread of mobile technology, maintaining that landlines are not on their last legs yet.

The communications industry in Slovakia acknowledges that customers are demanding more sophisticated and user-friendly solutions.

“The fixed line still has its place in Slovakia, with household penetration at nearly 45 percent,” Jana Burdová, a spokeswoman for Slovak Telekom, the largest fixed-line operator, told The Slovak Spectator.

The country experienced a mass arrival of mobile operators after 2000, which trimmed the dominant fixed-line operator’s client base, but the situation has stabilised over the past two to three years, she added.

Ivan Leščák, from alternative landline operator GTS Nextra, said that the number of landlines will probably continue to drop, though they will not be completely replaced by mobile services. Slavomír Benko, from alternative fixed-line operator Slovanet, agrees, citing the current trend that shows landline usage has fallen markedly.


Business clients seen as the future

Fixed-line operators have recently shifted their focus to businesses, which they believe have a number of reasons to continue using landlines.

“The landline will be most frequently used in the business sector, where large firms are able to reduce their expenses for internal communication by taking advantage of free calls within one operator’s network, especially if the firm has several branches in different places,” Benko said.

Leščák also confirmed that landlines will continue being used in businesses which require high quality voice connections, as well as high reliability and capacity.

“The share of virtual communication solutions that combine data and voice services have risen in relation to firms’ increased communications demands and headquarters’ need to be interconnected with branches and online management of operations and production,” Leščák added.

For businesses, a landline provides high flexibility, since a company Voice over Internet Protocol (VoIP) phone can easily be connected anywhere within the computer network, Leščák said. This eliminates the need to develop additional cable networks dedicated solely to phones, making it an option well suited to the modern office environment, he added.

Large and medium-sized firms and companies that have to communicate intensively, such as those in the financial sector, IT firms and logistics, will remain loyal to landlines as well, Leščák said.

Moreover, fixed-line connections in firms are, and will remain, significantly cheaper than mobile lines, Benko added.

Benko listed companies that use phones to communicate with customers or their distribution channels are among the other segments that are likely to remain loyal to landlines, especially VoIP phones, Benko added.

However, with all the development in this area, customers will demand more sophisticated, user-friendly solutions, Burdová said.

The fixed line will gradually be replaced by VoIP, which enables cheaper phone calls and the use of such services as video phone calls and web conferences, Burdová added.

“An important factor for remaining competitive will be innovation, mainly the use of new generation technologies and voice transmission through internet technologies,” Leščák told The Slovak Spectator.

Leščák also predicts that new solutions will be provided exclusively on the basis of converged services: voice and data services through a joint digital, most frequently optical, medium.


But Burdová believes that the landline will survive in all segments, as households of mainly middle-aged people with middle to higher incomes will subscribe to it as part of a triple play package – phone, internet and television service.

“Households of mainly older people use a fixed line, which motivates their young relatives to keep one as well so they can communicate with them,” Benko said. “People who have relatives abroad and want to stay in active contact with them also see the benefits of a fixed line. However, the internet more frequently replaces this option.”

Therefore, in households, the landline will remain part of the triple play package – which provides internet, television and phone service through one digital transmission media – while new generation landlines will maintain their position mainly due to businesses, where new technologies offer qualities suitable for fast application in the business environment, Leščák said.

Mobiles are the main competition

“The strongest competition [for the landline] are mobile services, which are used among people from almost all age groups,” Burdová said. “The other competition is internet calls, mainly Skype, which is very popular among the younger generation.”

In the past, Benko said, mobile operators took huge bites out of landline operators’ revenues.

“However, today, mobile operators’ revenues are growing only in percentage points and have gradually achieved full market saturation,” Benko said.

Benko and Burdová said that the classic landline will take time to fade from people’s lives.

Benko added that different internet-based services will take their share.

Leščák also agrees that the landline will fade away gradually, but added that, in the meantime, he expects innovation will allow the service to remain competitive.

“The voice service will always be required, regardless of the technology through which it is provided,” Burdová concluded.


More of topic: IT