Not lost in translation

UNLIKE the inhabitants of Babylon, European Union citizens have not been overwhelmed by the dizzying linguistic diversity on their continent, and keep communicating with the assistance of translators and interpreters. 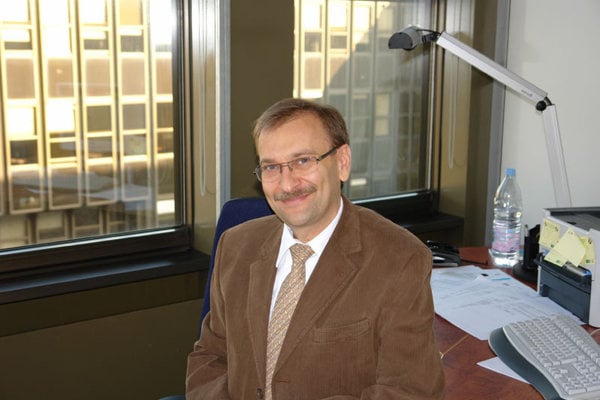 UNLIKE the inhabitants of Babylon, European Union citizens have not been overwhelmed by the dizzying linguistic diversity on their continent, and keep communicating with the assistance of translators and interpreters.

Because Slovak is among the EU’s 23 official languages, it is now often heard in the corridors and offices of the manifold institutions in Brussels, Luxembourg and Strasbourg. A considerable number of translations are produced by the European Commission’s Directorate-General for Translation (DGT), the largest translation service in the world, with a permanent staff of some 2,350 people.

One of its three Slovak units is headed by Daniel Kluvanec, who currently lives in Luxembourg. The Slovak Spectator spoke with him during his recent brief visit to Slovakia.

The Slovak Spectator (TSS): What is the DGT’s mission and what kind of texts does it usually translate?

Daniel Kluvanec (DK): Our most important role is to enable European Union citizens to communicate with the European Commission by providing written translations in all official EU languages. An overwhelming majority of the texts are EU legislation, correspondence with citizens and businesses, calls for proposals, letters of complaints, etc. The total volume of pages translated by the DGT amounts to 1,762,773 as of 2007, and it increases by some 5 percent each year. The number of Slovak translations runs from 50,000 to 60,000 pages a year.

DK: No, it is not completely proportional. Slovakia being a EU “novice”, the number of correspondences between its citizens and the EU institutions is in general less voluminous. This is probably connected with people’s low awareness of the co-operation possibilities, but absolutely typical for newer EU members or small economies.

TSS: After the EU expansion in 2004, a new programme called “European Master’s in Translation” (EMT) was launched. What is this initiative and how is it connected with the DGT?

DK: Since educational systems in the EU vary considerably, it is often very difficult for employers to orient themselves among the multiple study programmes, specialisations and diplomas. Moreover, graduates face many problems resulting from this discrepancy when applying for a job abroad.

DK: There is the Bologna Reform, which aims to create a “European Higher Education Area” and harmonise, among other things, the graduate profile information provided by universities in member states. In keeping with this goal, the EMT curriculum is a step towards the harmonisation of translation studies in Europe. This Master’s degree in Translation would be given on top of a bachelor’s degree in any specialisation after two years of study, with the preliminary requirement of a very good knowledge of at least two foreign languages. If a university meets the criteria for issuing such certificates or, exactly speaking, its graduates meet the profile defined by EMT, it would be allowed to use the EMT label as a certain “guarantee of quality”. The initiative came from the DGT in 2006 and it has already taken clearer shape. In spring 2009, the 3rd EMT conference will take place and we expect some concrete results, including the exact conditions and requirements for the labelling process. Apart from educational institutions, future employers and translation graduates have contributed to the discussion.

TSS: Which universities will be eligible for the EMT label?

DK: The selection process will be open to all EU universities. To become an EMT label holder, they will, however, have to meet certain strict quality criteria. Of course, there will be a chance for the unsuccessful ones to improve, as the selection will be regularly repeated. Slovak universities have also shown their interest in the project, and two of them, Constantine the Philosopher University in Nitra and Comenius University in Bratislava, even took part in the two previous EMT conferences. What is more, their valuable remarks were taken note of and dealt with during the creation of the curricula.

TSS: Will the EMT degree be a prerequisite for translators applying for a job in EU translation institutions?

DK: At present, this would complicate the situation, since we always try to put together balanced teams composed of linguists as well as specialists in different fields of knowledge, who help each other within their lifelong learning. Requirements that are too rigorous would provoke an acute lack of qualified translators. Nevertheless, there have been some proposals to create certain stimuli in order to make EMT more attractive. Its graduates could, for example, enjoy better starting conditions, as is the case for employees with a higher qualification at other directorates. Be it as it may, everything will be cleared up after the aforementioned conference, where several experts will present their ideas and agree on the final EMT framework. As far as these discussions are concerned, the DGT serves only as a platform and a “catalyst”.

TSS: Are the translators currently working for the European Union sufficiently qualified?


DK: All of them perform their tasks with absolute professionalism and their work meets the highest standards. In fact, the EC’s recruitment process is very demanding. Interestingly, its criteria have never been made less stringent, not even after the 2004 expansion, when an urgent need for qualified translators occurred. Even today, we have difficulties finding competent candidates. Knowledge of two foreign languages and acquaintance with the EU institutions have proven to be the stumbling blocks.

TSS: Which languages are most in demand?

DK: For practical reasons there are only three procedural languages in the European Commission, meaning that each act is drafted in English, French and German during a preliminary process, and once finalised only then translated into the other languages. That is why knowledge of at least one of these tongues is necessary for EC translators. This, however, ought not to be decisive for those who wish to study a foreign language. Compared with the European labour market, the European Commission nowadays offers only a small fraction of the jobs available for translators, and any foreign language is definitely a plus.