AMERICAN philosopher and poet Ralph Waldo Emerson said “only poetry inspires poetry”. This is likely the reason why a score of poets from different generations meet in the Slovak capital each year to talk and, most importantly, to listen to one another. 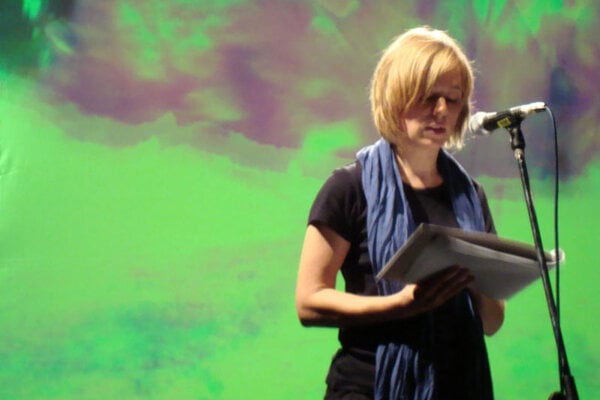 AMERICAN philosopher and poet Ralph Waldo Emerson said “only poetry inspires poetry”. This is likely the reason why a score of poets from different generations meet in the Slovak capital each year to talk and, most importantly, to listen to one another.

This year was no exception. The 6th Ars Poetica International Poetry Festival took place in Bratislava at the A4 Zero Space from October 7 to 12. The space looked a little like Mt. Parnassus (the Greek mountain that Romans considered the home of the muses), with as many as 30 authors from 15 countries scattered throughout it, sharing their works and views on art. Even sitting room on the floor was filled to capacity.

“When I see how many people have been attending the readings and other accompanying events, I become more and more convinced that there is a point in familiarising the public with poetry,” Martin Solotruk, the festival’s manager, told The Slovak Spectator. “It is very important to show that literature is closely connected to people’s everyday lives and I think we have managed to do so.”

Solotruk, who is himself a renowned poet and translator, also commented that the greatest challenge is gradually changing the general perception of poetry, which can only be achieved by giving people the opportunity to discover as much literature as possible.

“Poetry is often thought of as very traditional and disconnected from reality,” he told The Slovak Spectator. “This might be the result of the dramatic changes society is undergoing. People are immensely different from how they were a couple of decades ago, and literature textbooks hardly give them a satisfactory answer to the question, ‘What is poetry?’ That is why we try to provide the public with a broad spectrum of various contemporary works and demonstrate that poetry can be, and most often is, really down-to-earth.”

The event’s organisers always try to invite the most noted and original contemporary authors from around the world. This year, the programme was as varied as ever, and the readings often had a multi-genre character. Anja Utler, an award-winning German poet, thrilled the audience with her poetry, which is made up of “sensual sound constructions”, as one award jury put it; and Katalin Ladik from Hungary showed that the phonetic aspects of verses are as important as their meaning.

But, as always, the festival included much more than just poetry nights. This year, almost 20 movies related to literature were screened; a concert capped the evening’s events each night; and a creative workshop with Slovak writer Mila Haugová was available. A European round table on publishing and translating poetry, where authors and editors discussed the manifold issues connected with the practical side of writing, was the professional part of the programme.

“I am as nervous today as I was when my first book debuted,” Štrpka said. He has published almost two dozen books and has been the editor-in-chief of the famous Romboid literary magazine since 1999.

Štrpka’s new book, which is entitled Poetry, is a collection of some of his poems published between the late 1960s and early 1990s.

“I think it is only natural that we should sometimes look back over our shoulders and recall what kind of people we once were,” he told The Slovak Spectator. He added, laughing: “When reading through these poems for their re-publication, I realised that I no longer knew the man who had written them. Times change, as do writers and readers. Authors have one disadvantage, though. Once they put something on paper, they can stand on their heads and spit nickels but it can never be taken back.”