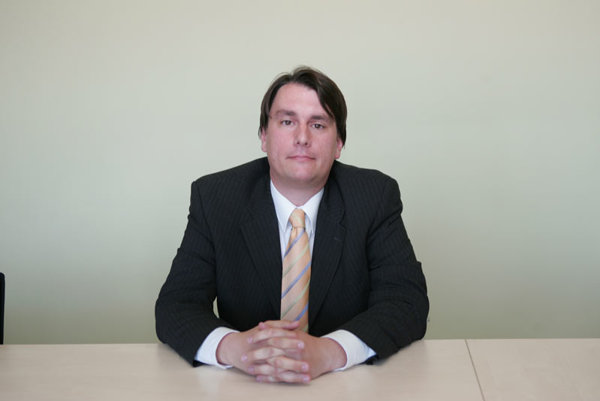 Pursuant to Section 10-12 of the aforementioned Act, the statutory body of each legal entity is obliged to adopt a resolution on the changeover of the values of the contributions into capital and the registered capital (hereinafter referred to as “capital”) from the Slovak currency into the euro within a due period from the determination of the conversion rate, i.e. July 8th, 2008, within a maximum of one year from the day of the introduction of the euro, i.e. until the end of 2009. The statutory body can also submit the question to be decided by the company’s general assembly or other competent body.

The rounding up can be performed to a maximum of the whole number to the nearest euro and to no more than six decimal places. For covering the resulting difference from the rounding means from the profit carried forward from previous bookkeeping periods as well as other financial sources from the company’s own capital, means from the reserve fund, or other undividable funds, to a maximum of 10% of the value of the reserve fund or the other undividable funds determined upon the day of the adoption of the resolution on the changeover can be used. If the entity makes a profit in the following periods, it is obliged to fill this difference created due to the changeover to the euro.

Rounding down can be performed to a maximum of two decimal places to the nearest eurocent and not more than six decimal places. The created difference shall be transferred into the reserve fund or other undividable funds and is not considered taxable income.

The converted and rounded capital then has to be registered in the competent registration court’s companies’ registry. This registration, as far as it contains only the conversion and rounding of registered capital due to the changeover, shall not incur court fees. For this purpose, the Ministry of Justice of the Slovak Republic has introduced a separate standard form for registering the converted and rounded capital with the companies’ registry (see regulation no. 246/2008 Coll.). Only applications handed in on this special form shall be free of charge.

The tax office shall also be notified of the new amount of registered capital. Furthermore, a new complete version of the foundation charter, deed of foundation or articles of association, has to be drafted to include the new amounts of registered capital and members’ contributions, signed by an authorized executive and deposited in the registration court’s collection of deeds.

The Act on the Introduction of the Euro currency does not in any way regulate the change of voting rules in the legal entities’ competent bodies, such as the general assembly. If the number of member votes is deducted from the amount of contribution into the company’s registered capital in the course of the conversion to the euro using the official conversion rate a discrepancy could result between the total amount of votes the shareholders should have in relation to the registered capital and the actual amount. In this case, the only possible solution seems to be a change of the articles of association.

Jens Quickner is a lawyer with bnt - Sovova Chudáčková & Partner, s.r.o.
This article is of an informative nature only.
For more information, go to www.bnt.eu.