Bookkeeping in crowns, taxation in euros

BUSINESSES are conducting their bookkeeping for 2008 in Slovak crowns, even though they are going to pay their taxes for this year in euros. Auditing firms don’t expect euro adoption to cause major problems in bookkeeping and tax payments, but acknowledge that some confusion may occur. Taxpayers might make mistakes when converting Slovak crowns to the euro or rounding the converted sums. 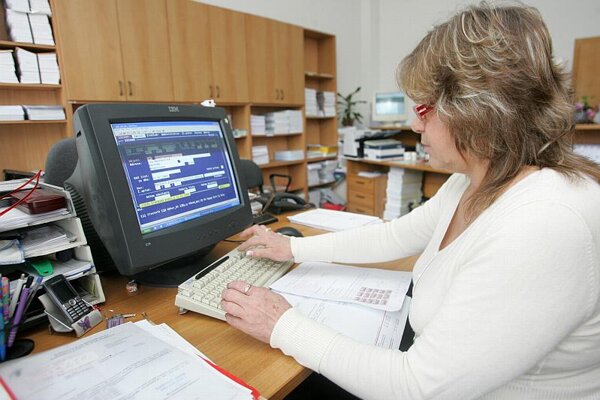 BUSINESSES are conducting their bookkeeping for 2008 in Slovak crowns, even though they are going to pay their taxes for this year in euros. Auditing firms don’t expect euro adoption to cause major problems in bookkeeping and tax payments, but acknowledge that some confusion may occur. Taxpayers might make mistakes when converting Slovak crowns to the euro or rounding the converted sums.

Moreover, the legislation needed to adjust accounting laws to the euro is still only in the form of a proposal in parliament.

Euro introduction is directly connected to reporting, converting and rounding the sums for the purposes of accounting, taxes and duties, said Iveta Adamíková, spokeswoman of the Tax Directorate.
The changes concern all taxes, but some changes will be specific depending on the different periods of taxation and the kind of tax, she added.

“Switching bookkeeping to the euro should not be a problem,” said Wilfried Serles, a partner with IB Grant Thornton Consulting. “A balance sheet will be written in Slovak crowns for the last time as of December 31, 2008. From January 1, bookkeeping will be conducted in euros. The December 31, 2008 balance sheet sums in Slovak crowns will be converted according to the official conversion rate [€1 = Sk30.1260] to the euro.”

Business entities with a different fiscal year than the calendar year are required to carry out a current closing balance sheet account as of December 31, 2008, Serles added, and convert all the sums to the euro before continuing bookkeeping in euros.

“Tax returns submitted on or after the day of euro adoption that refer to taxation periods ending before euro adoption should keep the sums in Slovak crowns,” Adamíková told The Slovak Spectator.
The taxpayer should then convert the final sum to the euro using the official conversion rate, round the sum up, and pay it to the tax office in euros, Adamíková said.

The tax directorate expects that the most frequent mistakes concerning filing taxes will probably be incorrect rounding of the sums, mathematical mistakes when converting sums by the conversion rate and mistakes stemming from ignorance of Finance Ministry regulations or amendments.

Serles added that as bookkeeping is already carried out in euros, business entities may mistake crowns for euros, and vice versa.

“To avoid this, the currency should be clearly visible in all the documents and the veracity of all the numbers should be proven,” Serles said. “In case of salary accounting and travel reimbursements, it is necessary to pay attention to various regulations on dual display and rounding.”

At the same time, bookkeeping in euros has to maintain continuity with historical bookkeeping in Slovak crowns, said Pavel Hrivnák, senior manager in accounting advisory services with KPMG Slovensko.

“Here, the legislation sets additional obligations and special rules in what way the historical data will be converted to the euro as of January 1,” Hrivnák said. “In general, the conversion rate will be used but there are several exceptions. Archiving of bookkeeping kept till 2008 in Slovak crowns is emphasised too.”

However, the amendment of accounting legislation related to the euro changes is still only in the form of the proposal which is awaiting approval in parliament, Hrivnák said.

It appears that there are several areas in the proposal which leave space for ambiguous interpretation, he said.

For example, there are concerns about obligations in stock taking, a conversion of company capital underwritten in Slovak crowns to the euro, or obligations for companies which already report in euros according to the International Financial Reporting Standards. Regulations concerning a conversion of advance payments denominated in euros are also disputable, he added.

“We expect that these uncertainties will be clarified either in the approved law or legislation measures that follow,” Hrivnák said. “We recommend monitoring the situation and following the approved legislation.”

How the adoption of the euro will effect bookkeeping and tax forms depends on the type of tax and the way of paying it. As well as income tax, the value added tax (VAT) will be one of the most affected.

From January, the threshold of the annual turnover at which it is compulsory for businesses to register as a VAT payer will be moved down.

The current threshold for VAT registration stands at Sk1.5 million of annual turnover, which, when converted to the euro at the official conversion rate, equals €49,790.88.

However, after euro adoption, Slovakia has to follow an EU directive that specifies the threshold at €35,000, or Sk1.054 million.

Entrepreneurs will be required to register with the tax office for VAT payment in the event that their turnover over the last 12 months exceeds the aforementioned limit of €35,000, according to the Finance Ministry, as quoted by the SITA newswire.