THE PRICES at which a parent company and its subsidiaries sell or move – i.e. transfer –assets, services, and funds between each other is increasingly attracting the attention of tax authorities, especially in the case of multinational companies. 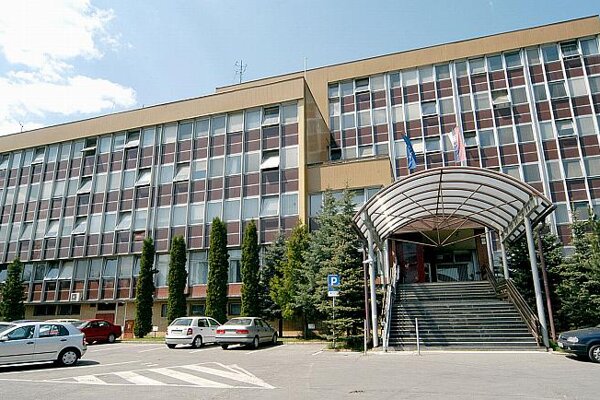 THE PRICES at which a parent company and its subsidiaries sell or move – i.e. transfer –assets, services, and funds between each other is increasingly attracting the attention of tax authorities, especially in the case of multinational companies.

Transactions which tax offices regard as warning signs and therefore reasons for more thorough monitoring, according to KPMG, are exceptionally high profits or losses by a subsidiary, restructuring of a company which ends with some operations closing or being reduced, significant inter-company management fees, transactions with a group member located in a tax haven, and location in a low-cost country.

From January 1, 2009 Slovakia will have stricter conditions for transfer pricing, following a trend within the Organisation for Economic Cooperation and Development and among EU countries. The new legislation requires keeping transfer pricing documentation and submitting it to tax offices if they request it.

“Transfer pricing has a significant impact on profits of members of multinational groups,” said Stan Jakubek, country managing partner with Ernst & Young. “Since there are countries with lower corporate income tax rates, Slovakia needs to ensure that it gets a fair share of tax revenues.”

The Slovak authorities have expressed their intention to increase focus on transfer pricing particularly as part of tax audits, he added. Compulsory transfer pricing documentation should facilitate and standardise tax audit procedures, according to him.

“The Slovak Republic is introducing compulsory transfer pricing documentation mainly to protect its tax income, as well as to serve as some kind of prevention of profits transfer outside Slovakia,” said Michal Antala, manager at Deloitte.

Christiana Serugová, partner at PricewaterhouseCoopers told The Slovak Spectator that the obligation to substantiate prices used in transactions with related parties has been part of Slovak tax law here since the country’s establishment. However, definitions of related parties as well as transactions subject to these obligations have changed over the time. “Thus, introducing the obligatory documentation requirements just specifically details an obligation which already exists in tax legislation,” she added.

Based on the new legislation all Slovak tax residents conducting cross-border transactions with foreign related parties will be obliged to substantiate the prices used in these transactions with documentation.

However, it is not clear yet whether there will be some minimum cap on the value of a transaction, which might exempt it from the transfer pricing documentation obligation, added Antala.

Although large multinational groups may already have experience in dealing with transfer pricing and preparing the associated documentation in other countries, preparedness for the new legislation at the local level varies, according to the auditing firms.

“For many, this information will already exist in some form within a multinational group and will only need to be updated to comply with the Slovak regulation,” said František Csefalvay, tax senior with Ernst & Young. “On the other hand, many others will need to undertake a comprehensive exercise of review and documentation of their transfer pricing.”

Antala added that large multinational groups have an advantage since, in the majority of cases, they have already prepared certain transfer pricing documentation which can be adopted to meet Slovak documentation requirements.

“However, in general, companies are not sufficiently prepared for this documentation obligation as their employees lack experience or resources,” he said.

Although the legislation already requires substantiating transfer prices with documentation, it is still unclear what documents and with what content will be required. This should be specified in a Finance Ministry regulation which, however, has yet to be issued. The auditing firms expect the regulation to be published very soon.

“The scope of the prescribed documentation is still subject to professional discussions,” said Csefalvay.

The requirements may vary depending on the volume of related party transactions or the size of the taxpayer. The drafts indicate that Slovakia will generally follow the standard EU approach and the documentation will probably consist of global and local documentation, according to him.

The global documentation, a so-called masterfile, would contain information related to multinational groups, such as a description of activities, business strategy, industry trends, division of functions, risks and assets. The local documentation would contain information on a Slovak taxpayer such as business strategy, functions, risks, assets and information on respective transactions such as description, pricing method, and comparable data.

In some countries, documentation supporting prices in related parties’ transactions must be filed with corporate tax returns; in other countries it only needs to be provided to the tax office in the event of a tax inspection, within a certain deadline, said Serugová. “In Poland for example, the documentation needs to be provided within 7 days at the request of the tax office,” she added.
In Slovakia, this question should be answered by the anticipated Finance Ministry regulation.

More than just an administrative hurdle

Although, from the taxpayers’ point of view, preparing transfer pricing documentation may seem like just another administrative hurdle, it can actually benefit the firm itself, say the auditing firms.
“I believe introducing the specific documentation obligation provides taxpayers with certainty about what specific information the tax office can ask for during a tax inspection,” Serugová told The Slovak Spectator.

The documentation brings the benefit of identifying potential areas of risk and the potential to eliminate them in future in accordance with the relevant regulations, said Antala. They might thus be able to avoid additional tax assessment and penalties in the future, he added.

“This standardised format for information should provide comfort that all important aspects of intra-group pricing have been dealt with,” said Jakubek. “Another positive aspect is that the standard documentation requirements should keep the tax authorities' enquiries at a reasonable level of detail and facilitate communication between the tax authorities and taxpayers.”

“Further development of the Slovak transfer pricing legislation may even make it possible to have specific intra-group prices approved by the tax authorities in advance,” Jakubek said.