THE GOVERNMENT approved its Strategy on Energy Security on October 15, about a year after it was first made public. It is a long-term plan for how to secure reliable supplies of all types of energy resources. 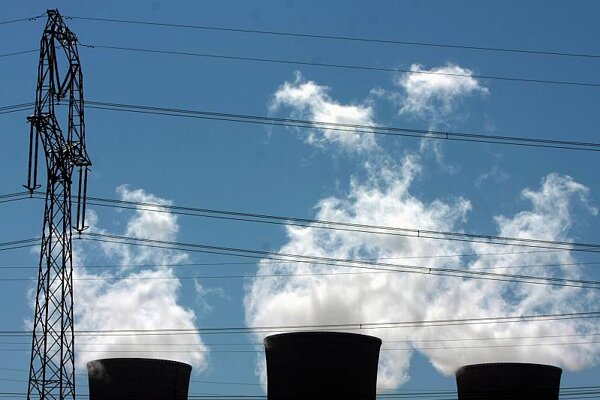 Electricity production will swallow the largest portion of investments into the energy industry, according to the Strategy on Energy Security. (Source: SITA)
Font size:A-|A+

THE GOVERNMENT approved its Strategy on Energy Security on October 15, about a year after it was first made public. It is a long-term plan for how to secure reliable supplies of all types of energy resources.

The strategy relies heavily on nuclear power and examines the options for diversifying the acquisition of gas and oil, as the Russian Federation is still virtually the sole supplier to Slovakia. It also calls on private investors to participate in financing the strategy’s main objectives.

“The strategy balances the country’s energy needs and options,” Economy Minister Ľubomír Jahnátek said after the government session, as quoted by the SITA newswire. “Individual types of energy have been specified, as well as all that needs to be done in order to have enough energy that is of an accessible quality and price.”

But environmentalists charge that the strategy puts too much emphasis on nuclear energy and does not suggest any specific solutions for overcoming the country’s dependence on energy imports. The strategy also ignores developments in renewable energy production, they said.

Energy is an important sector of economy that affects all other sectors, the public and the environment, and this requires a long-term plan, said Róbert Srnka, director of business advisory services at Ernst & Young.

“Long-term planning must be put in a certain frame and this strategy is one such,” Srnka told The Slovak Spectator. “For this reason, it is very beneficial that the Strategy on Energy Security was approved.”

However, Karel Polanecký, a campaigner for Greenpeace, criticised the strategy for failing to identify tools for reducing Slovakia’s dependence on energy imports.

“As concerns the development of renewable energy resources, the strategy is minimal in this respect,” he added.

The strategy calls for €20 billion (Sk602.52 billion) to be invested into the electrical energy sector, the SITA newswire wrote. Of this, nearly €9 billion will be allocated for renewable energy resources, more than €7 billion will be earmarked for investment projects in nuclear energy, €3 billion will be directed to production of energy from thermal sources, and construction of a pumped-storage hydropower plant on the Ipeľ River will require approximately €1 billion.

These investments should create a total of 6,600 megawatts (MW) of new capacity by 2030, allowing for around 29 terawatt hours of electricity to be produced annually, the strategy predicts.

The strategy also envisions the construction of new nuclear facilities in Jaslovské Bohunice and Kecerovce.

Nearly €1.7 billion (Sk51.214 billion) will be invested in the area of interconnection of natural gas networks and construction of underground gas storage. The biggest investment, totalling €495 million, will be put into interconnecting Slovakia and Poland to the Yamal gas pipeline via Veľké Kapušany. This project should be launched in 2015.

At present, Slovakia imports 98 percent of its natural gas, mainly from the Russian Federation. As concerns the domestic market, the options for diversifying the acquisition of natural gas resources are limited, the strategy concludes.

It also states that improved energy security allows Slovakia to invest in crude oil networks and storage capacities for crude oil. It foresees investments totalling €159 million (Sk4.79 billion) in this area. The Bratislava – Schwechat crude oil pipeline is a priority for Slovakia, according to the strategy. Its projected capacity is 3.25 million tonnes annually. The amount of investment will reach €13 million (Sk391.638 million).

The projects cited should be carried out with the direct participation of private investors. Additional financing for the projects will be obtained through EU structural funds, public private partnership and the state budget.

Nuclear is the leader

The strategy focuses especially on securing sufficient fossil fuels from abroad, according to Greenpeace. It takes into account the output of newly-installed coal power plants, which environmentalists consider a step back from current trends across Europe. Moreover, although the strategy describes the possibilities of using renewable resources in detail, it does not offer any specific plans to implement them, Greenpeace wrote in its press release.

The strategy makes nuclear energy a top priority even though it also depends on imports of nuclear fuel from non-Slovak resources, according to Greenpeace.

“The strategy makes nuclear power plants a strong priority, but without analysing the possible risks,” the press release reads.

Solving the deficit in electricity supplies is based on completing the third and fourth block of Mochovce nuclear power plant. However, the strategy ignores the risk of possibly missing the Mochovce completion deadline, as well as the risk of a rise in the price of its construction, which is very frequent when building nuclear power plants, Greenpeace wrote. The strategy also mentions the construction of completely new nuclear sources, but does not sufficiently specify which, Greenpeace said.

However, Srnka argues that the electricity produced in nuclear power plants currently represents more than half of the total electrical energy in Slovakia. The strategy of Slovenské Elektrárne, the largest electricity producer in Slovakia, is strongly oriented towards nuclear production.
“In this context, it is understandable that the strategy puts a strong emphasis on nuclear energy,” Srnka said.

He agreed that, from the point of view of meeting European Union targets concerning the production of electricity from renewable sources, it might be necessary to increase the emphasis in this area. However, he added that production from renewable resources, though growing in importance, is still not technologically advanced enough to be able to share as much of the burden as nuclear power.