Biomass is an unfunded priority

THE USE of biomass fuel is increasing in Slovakia, but its supporters contend that the legislation on supporting renewable energy resources is inadequate and unstable, which impedes large investment projects. This is true even though an action plan adopted by the Slovak cabinet at the beginning of the year listed biomass as one of the country’s best potential forms of renewable energy. 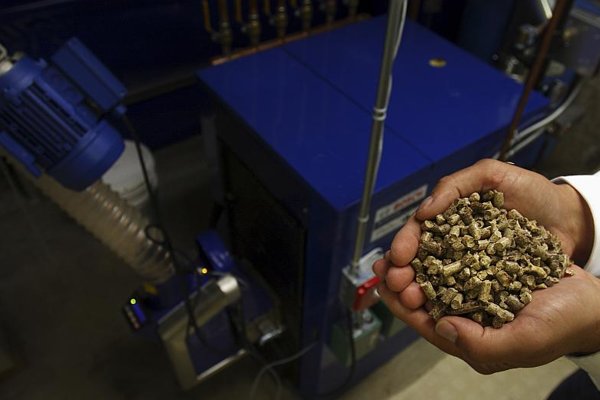 THE USE of biomass fuel is increasing in Slovakia, but its supporters contend that the legislation on supporting renewable energy resources is inadequate and unstable, which impedes large investment projects. This is true even though an action plan adopted by the Slovak cabinet at the beginning of the year listed biomass as one of the country’s best potential forms of renewable energy.

Well-processed and dried wood filings in the form of pellets release the same amount of heat as brown coal. Moreover, the pellets produce only 0.7 percent ash while burning compared with 30 percent when using coal, said Ladislav Židek, general director of Združenie Biomasa, an association of legal entities active in using biomass.

But while the price of biomass fuel is about 15 to 20 percent lower than gas, the technology needed to burn pellets and wood chips is about 50 percent more expensive than those for burning fossil fuels, Židek said.

“So state support is necessary,” he said.

According to a recent analysis by KPMG, Slovakia lacks fixed tariffs schemes, in which the government guarantees a fixed price over a period time for energy generated from renewable energy technology, the SITA newswire wrote.

Unlike its neighbouring countries, Slovakia has fixed prices for energy generated from renewable energy sources for only a year from now. This complicates the options for receiving external funding sources for such investments, according to KPMG, and makes it more likely that companies will choose to invest in renewable energy sources in Poland, Romania, the Czech Republic, Croatia, Hungary, Slovenia and Bulgaria.

This October, the German-Slovak Chamber of Commerce organised a third symposium on biomass and biogas. Two hundred Slovak companies participated, as well as five German companies which presented their biomass technologies.

The Germans were looking for business partners on the Slovak market, said Markus Halt from the German-Slovak Chamber of Commerce. However, German companies, including participants from the biomass symposium, are only willing to invest once there are long-term buyback prices, he added.
“One reason why the use of biomass hasn’t spread faster in recent years is the lack of stable investment conditions,” Halt told The Slovak Spectator. “Investors aren’t able to plan their projects in the long-term, as buyback prices for renewable energy in Slovakia are adjusted every year while investment projects are based on a return period of 12 years.”

Without state support, biomass production cannot compete with conventional sources yet. The margins would be too small to make the business profitable, Halt said.

In Slovakia, biomass fuels are mainly used to generate heat. At the moment, there are more than 50 thermal plants in Slovakia that operate using biomass. In the future, there will also be new biomass plants for generating electricity, Halt said.

One of the largest energy complexes in Slovakia is in Banská Bystrica region, where three towns - Hriňová, Revúca, and Hnúšťa - and several industrial companies, such as PPS Group Detva, use biomass-sourced heat, according to SITA.

The project is complex because it includes collecting and processing the biomass in the forest, transporting it to heating plants and supplying the energy and heating directly to households, according to Rimavská Energetická, which operates the project.