On the road to e-health

THE HEALTH Ministry recently announced a plan to put information technology to greater use in administering health care, but warned that eHealth, as it’s known, may not be implemented until 2010 at the earliest. 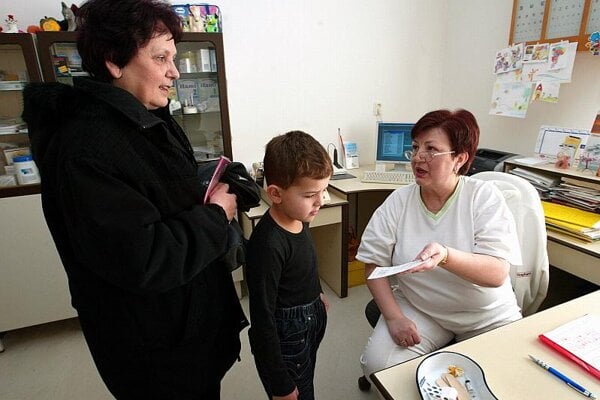 THE HEALTH Ministry recently announced a plan to put information technology to greater use in administering health care, but warned that eHealth, as it’s known, may not be implemented until 2010 at the earliest.

“Everything is aimed at achieving the first visible signs of information technology in the health care sector by 2010,” Peter Szakács, the director of the department of Informatics at the Health Ministry, said on October 27, as cited by the SITA newswire. “By 2013, patients should have an electronic health record, which includes vital data necessary for saving lives.”

Health Minister Richard Raši called the plan an important milestone that will make data available in the right place at the right time.

In fact, Raši listed incorporating information technology into the health care sector as a main priority upon assuming office in June.

As a result, the government cabinet has taken two important steps on the issue: in March, it acknowledged a report on the need for information technology in the health care sector; and in mid July it green-lighted the strategic objectives of the eHealth plan.

But the last word on eHealth actually rests with feasibility studies, which have not been carried out yet, and available finances.

“The feasibility studies should provide detail on what steps should be adopted to implement eHealth in Slovakia and when,” Zuzana Čižmáriková of the Health Ministry told The Slovak Spectator.

The Health Ministry states on its website that its eHealth plan aims to increase the quality and effectiveness of healthcare using modern information and communication technologies, to reduce the rate of error and duplication, to lessen the administrative burden and to increase patient satisfaction.

It will also create new forms of health care services and provide parties with the information needed to make decisions and monitor activities, the website states.

All of the advantages listed above, as well as reduced costs, mean information technology in the health care sector will benefit everyone, the website concludes.

For many health insurers, the plan’s main benefit is the improved communication and exchange of information with health care providers, which, they say, will make communicating with patients easier.

“It will make it easier to process patients’ medical information in Slovakia and the European Union,” Andrea Bakošová, a spokesperson for the private health insurer Dôvera, told The Slovak Spectator. “ It will cut a lot of paper work and deliver better service to our clients abroad. It will replace the two health insurance cards a patient needs now – one in Slovakia and another in the rest of the EU.”

She added, “Information technology will also enable a new system for showing a patient’s history of prescribed medication. Patients will have an electronic card that shows doctors what medicine they’ve been prescribed, what the diagnosis was and when.”

A number of the parties involved acknowledge that the plan is ambitious.

Private health insurer Apollo said it is technically prepared to carry out the plan, but “we see users’ uneven digital literacy as a potential source of problems,” Radoslava Miklášová, a spokesperson for Apollo, told The Slovak Spectator.

Dôvera said the biggest challenge right now is the lack of information on how eHealth will be implemented and the insufficient amount of discussion in the sector about its impact on health insurance companies.

“There is also a problem concerning the delay this project has experienced in comparison with neighbouring countries,” Bakošová from Dôvera told The Slovak Spectator.

Private health insurer Union believes any plan about information technology should focus on the key transactions that will have the biggest effect.

“From the viewpoint of the health insurer this might be the electronic transfer of data, communication between health care providers and processing health care payments,” Judita Smatanová, a spokesperson for Union, told The Slovak Spectator.

The Association for the Protection of Patients’ Rights in Slovakia (AOPP) has expressed concern that the plan may be too ambitious.

“We agree with using more information technology in the health sector, but we are a bit concerned that this term [five years] is too short,” Eva Madajová, chairwoman of the AOPP, told The Slovak Spectator. “Primary care doctors’ offices are not equipped for this now, and the indications are they will not be able to [within such a short period].”

So far, the Health Ministry has not invited the AOPP to participate in the implementation of eHealth, even though such organisations have been involved abroad, especially in conveying information to patients.

“I think that patients’ organisations could play a significant role in informing patients about eHealth, in particular the chronic patients, who visit doctors most often,” Madajová said.