Sounds of Slovakia play in the States

SENDING images of Slovakia to the United States has become easier thanks to the internet, but “installing” the sounds of Slovakia in a busy American street is apparently a greater challenge, and not only from the technical point of view. 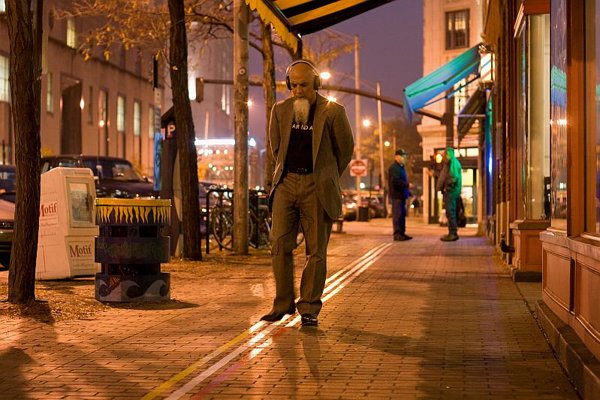 SENDING images of Slovakia to the United States has become easier thanks to the internet, but “installing” the sounds of Slovakia in a busy American street is apparently a greater challenge, and not only from the technical point of view.

Nonetheless, Ilona Németh, a renowned Slovak artist whose works have been displayed around the world, recently came up with a way to bring her audio piece to the streets of Providence, Rhode Island.

“This interactive sound installation uses six real stories recorded during a walk in Dunajská Streda [the artist’s hometown], which people can listen to while they walk along Empire Street in Rhode Island,” Viera Levitt, an independent Slovak curator who lives in the U.S., told The Slovak Spectator.

Németh named her project 27 m, because one of the walks was 27 metres long. One of the recordings features a Czech hairdresser who had lived in the town for 16 years speaking to a randomly chosen Finnish manager who had spent one day there. The listener can follow in Németh’s footsteps by using headphones and “keeping pace” with any of the six speakers talking about their lives.

“It is an amazing and exciting dialogue between two geographically distant regions, and also a very intimate one,” Levitt said.

She observed that 27 m is a natural continuation of Németh’s body of work.

“Ilona’s works have always had a strong interactive element, with viewers often physically experiencing the piece,” she said. “She has used walking in various ways throughout her earlier works. Sound is another medium this artist has used several times, connecting public and private spheres through her installations that combined sound and architectural elements.”

It is a style that turns the observer into a participant, which is an artistic technique that is very popular these days, she said.

“Interactive art is an extremely vivid way to experience an artistic creation,” she explained. “There is no ‘do not touch’ sign here. That is why this type of art has been more and more appreciated by art historians and especially the public.”

Németh, whose exhibitions have taken her across the world, told The Slovak Spectator that travelling has allowed her to compare how her work is perceived abroad.

“In other countries, people seem to be more open,” she said. “They have more energy to be playful, and are more willing to take part in street art projects.”

Németh added that she has always considered her works very personal.

“I have used my works to open a dialogue with others, as well as with myself,” she said. “In fact, I believe that every single piece of art is intimate for a reason. It always tells the artists about themselves, their experiences and their setting.”