DRIVERS wishing to change their provider of compulsory third party liability insurance for 2009 were required to do so by mid-November, as the market is undergoing several changes next year. 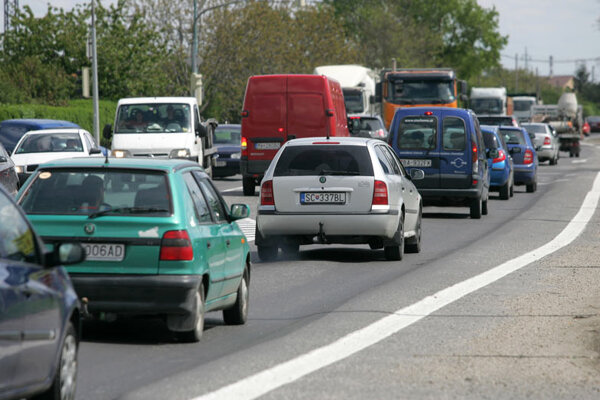 Engine output and volume are the most frequent criteria for calculating the price of liability insurance. (Source: Sme - Peter Žákovič)
Font size:A-|A+

DRIVERS wishing to change their provider of compulsory third party liability insurance for 2009 were required to do so by mid-November, as the market is undergoing several changes next year.

Some of the companies have created a new system of criteria for calculating insurance prices, some are trying to make the criteria simpler.

But none of these developments will cause prices to rise significantly, even the higher limits for physical injury, insurance companies stated, as quoted by the SITA newswire.

In general, the segmentation – or dividing customers in categories based on age, location, etc. – which determines insurance prices is based on statistics, said Margaréta Ivanová, head of non-life insurance product management section at ČSOB Poisťovňa.

“The more detailed the segmentation, the fairer the final insurance,” she said. “On the other hand, there needs to be simplicity in the process of buying and calculating insurance. Companies are looking to strike the right balance between these two conditions.”

ČSOB Poisťovňa uses criteria based on the output and volume of the car’s engine, but says the policyholder’s age and location is also factored into the price.

Allianz – Slovenská Poisťovňa, which is the country’s largest insurance company, continues to use a system it developed three years ago. It calculates the price according to various criteria including the policyholder’s age, permanent residence, engine volume, number of children and number of cars owned, SITA wrote.

Statistics and experience have proven that segmentation based on engine output and volume are important, according to the Kooperativa insurance company. However, at the same time, analyses show that a policyholder’s residence and age play an important role in the frequency of accidents.

However, Dana Makcová, a member of the board of directors at Wüstenrot Poisťovňa, said that calculating liability insurance prices has become complicated and unclear recently, so the company bases its calculation on a car’s engine output.

As a newcomer on the auto liability insurance market, AXA is offering prices based on engine output and also prefers simplicity, according to SITA. However, AXA did say that it considers drivers under 24 who use heavy or fast cars a riskier group.

OTP Garancia simplified its auto liability insurance products by dividing them into five categories, with engine volume the main criterion.

In 2008, some insurance companies began offering non-financial bonuses along with the auto liability insurance.

In 2009, almost all the insurance companies will provide this type of bonuses, which include a free windscreen change, extra insurance for passengers, insurance for children in the car, insurance for a vehicle in the event of a natural disaster, and others, according to Superpoistenie.sk, SITA wrote.

In the first six months of this year, written premiums in the auto liability insurance totalled Sk5.648 billion (€187.5 million).