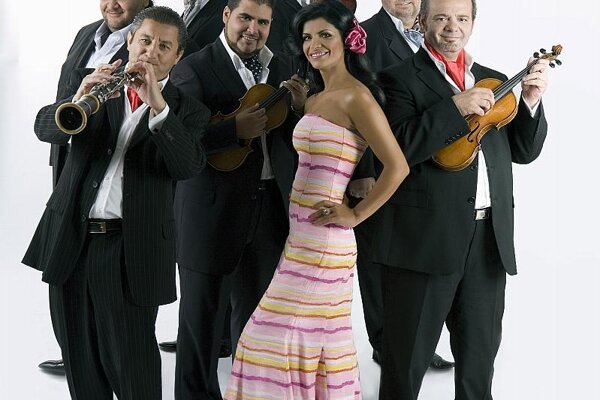 When: December 20, 19:00
Where: Church of Our Lady of Seven Sorrows, Vlčince, Žilina

Gasp the Best of

A collection of the most appreciated choreographies by Ján Ďurovčík, which have drawn more than 40,000 viewers to date. The most renowned European dancers have participated in the project.

The Orchestra of the Slovak National Theater and its soloists give the last concert in 2008 to contribute to the festive atmosphere of New Year’s Eve.

As it is a tradition, motorists from all around Central Europe come to Žarnovica to spend the first January Sunday racing and driving the cheering onlookers into ecstasy. This year, organizers have prepared several attractive accompanying events such as Miss Autoslide, Autoslide King or Top Car of the Year.

The internationally acclaimed Saint Petersburg’s State Ice Ballet have prepared a new fascinating show on the occasion of their hometown’s 300th birthday. Their performance offers a unique combination of art and entertainment achieved thanks to Tchaikovsky’s charming music and masterful ice-skating figures.

Participants of this Freestyle Motocross World Championship fight against the gravity of Earth by jumping, turning backward somersaults and presenting many other breathtaking tricks. A BMX and Pit Bike shows are also available.

All rock and soul fans can look to an attractive performance by this renowned singer, songwriter and guitarist, who was the opening act for the legendary Rolling Stones A Bigger Bang Tour in Japan in 2006.

This German trash metal foursome, who started their career in 1982 under the name Tormentor, perform supported by Caliban, Eluveite and Emergency Gate.

The American pop and dance ensemble tour Europe to accompany their recent album Doll Domination, where each of the five members has her own solo song. As they have promised, this show will be “more spectacular, perfect and glittering than ever”.
When: February 24, 20:00
Where: Incheba Expo Arena, Viedenská cesta 3-7, Bratislava
Tickets: from Sk590/€19.58
www.vivien.sk

Lord of the Dance

Michael Flatley’s fascinating dance show full of music, lights and special effects returns in Slovakia. Thanks to its universal appeal touching people of all generations, the show has drawn as many as 50 million spectators worldwide, thus becoming one of the most successful dance projects ever.

After last year’s success, when more than 1,200 visitors came to see this festival of animation, organisers decided to extend the event by one day and offer even more presentations, exhibitions, lectures and competitions.