Europe is facing difficult economic times, people are worried about their jobs and their concerns are fully understandable, says European Commissioner for Employment, Social Affairs and Equal Opportunities Vladimír Špidla. In an interview with The Slovak Spectator, Špidla explains that the commission has already taken much action to ease the impacts of the economic crisis on the real economy and especially to preserve jobs. But the commissioner agrees that there are many challenges ahead. 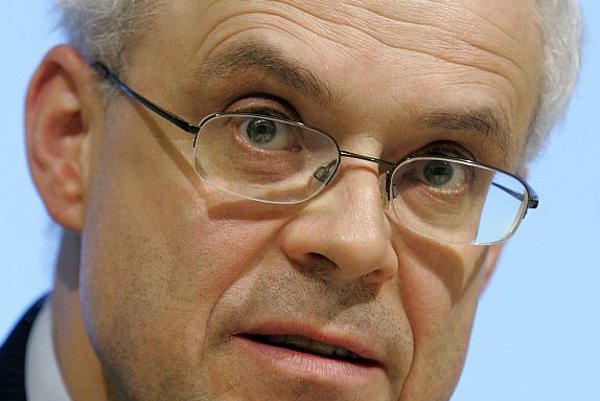 Europe is facing difficult economic times, people are worried about their jobs and their concerns are fully understandable, says European Commissioner for Employment, Social Affairs and Equal Opportunities Vladimír Špidla. In an interview with The Slovak Spectator, Špidla explains that the commission has already taken much action to ease the impacts of the economic crisis on the real economy and especially to preserve jobs. But the commissioner agrees that there are many challenges ahead.

The Slovak Spectator (TSS): Hit by the spreading global economic crisis, businesses are closing their gates or reconsidering their production plans leaving thousands of people without jobs. Polls show that employment is a main concern of people. What steps has the European Commission taken in the area of employment in response to the global economic crisis?
Vladimír Špidla (VŠ): We've taken considerable action at the European level to ensure that the consequences of the economic and financial crisis are as limited as possible on the real economy, and on jobs in particular. The EU’s Economic Recovery Plan aims to ensure that the most vulnerable do not suffer disproportionately from the downturn.

We will use all the tools at our disposal to help workers who lose their jobs to get re-employed as quickly as possible. The European Globalisation Adjustment Fund and the European Social Fund (ESF) can be used for exactly that purpose. We've also proposed changes to both these instruments to improve the way they work in times of crisis. For example, we will make more advance payments to the current EU funding to member states. That way, the commission will be able to approve and launch many more projects that will create new jobs in the member states. For example, for the ESF, some €2.29 billion in funding will be already available this year. At the same time, we want to raise workers’ skills and look ahead to the future to ensure that people have the right skills for tomorrow’s labour market.

TSS: Statistical data show that unemployment has swelled across Europe. International labour authorities have warned that the crisis might produce millions of unemployed. What factors have been most influencing the development of unemployment in the European Union?
VŠ: Indeed, last December unemployment increased to 7.4 percent in Europe. In December 2007, before the crisis broke out, unemployment in the 27 EU countries was only at 6.8 percent. For the first time since early 2002, the unemployment rate has been gradually increasing for six consecutive months and most of this rise can be attributed to the economic crisis.

There are still big differences between member states. For example, the Netherlands with 2.7 percent and Austria with 3.9 percent posted the lowest unemployment rates in December. There is a significant gap between them and Spain with its 14.4 percent rate and Latvia with 10.4 percent, countries with the highest jobless rates.

TSS: How does the European Social Fund help to tackle the challenges of unemployment? Will the budget of the ESF be increased due to the financial crisis?
VŠ: The European Social Fund (ESF) helps people to gain the right skills to get a job in the labour market. The ESF matches the skills of a worker with the skills that are needed in the labour market. The ESF is spending some €10 billion annually across the member states, which amounts to some 10 percent of the EU budget being spent each year through the ESF. For Slovakia, close to €1.8 billion will be spent in the period 2007-2013 and some 85 percent of that amount is coming from the EU. The ESF also funds projects that are aimed at improving childcare quality, making it easier for families to find the work-life balance that might allow them to go back to work. The ESF also funds retraining projects for older workers, for example, allowing them to update their skills while for migrant workers the ESF can fund language learning. The ESF also funds apprenticeship programmes for youth.

TSS: The increasing unemployment rate of youth has also been among the concerns of the European Union. Older workers have also been among the groups vulnerable to unemployment and once they lose jobs it is more difficult for them to find their place in the labour market.
VŠ: Unfortunately, the unemployment rate of youth under 25 years has continued to rise from 15.3 percent in September to the current 16.6 percent in the European Union. But the commission and the member states are taking action, for example by setting activation targets, employment or other active measures for all youth unemployed for four months, all within the framework of the Lisbon Strategy.

TSS: According to a Eurostat study published in November 2008, Slovakia has the largest difference between employment of females and males among all EU member states. While the male employment rate was at 68.4 percent, that of females stood at 53 percent. What are ways for Slovakia to tackle this problem?
VŠ: Gaps between women and men in the labour market could be the results of direct discrimination: meaning women and men are not being paid the same salary for doing exactly the same job. However, the answer really isn't so unambiguous. In most cases a series of factors result in a pay gap. One of those factors is stereotyping in the roles of women and men for family responsibilities. When there are no children involved, the difference between women’s and men’s employment rates is very low, about 6 percentage points, but for mothers with younger children this difference is much higher at 24 percentage points. Slovakia is one of the countries in the EU where this negative impact of parenthood on the female employment rate is the highest.

The commission has been calling upon EU members to intensify the fight against gender stereotypes and to raise awareness of this problem, particularly among employers. Legislators can also facilitate better work-life balance, both for women and men. One option would be to provide available and affordable childcare facilities and flexible working arrangements. Another action the commission promotes is to organise training that helps women to better integrate in the labour market.

TSS: The Roma community has been the most vulnerable group in the Slovak labour market with the highest long-term unemployment rates. How can the Commission assist Slovakia in achieving better inclusion of the community in the labour market?
VŠ: Although the social inclusion of the Roma is primarily a responsibility for each EU country at the national level, the commission is committed to helping set the broader framework and finding sustainable solutions. The high unemployment rate among Roma is one of the most serious factors that contribute to their social isolation. The ESF funds projects that can offer the Roma personalised support, like tailored job training, job search, self-employment and business creation. The EU also reserved €200 million in funding for Slovakia to cover projects targeted at the Roma community. That support is concentrated on four priority areas: education, employment, health care and housing, and three inter-related topics: poverty, discrimination and gender equality.