All quiet after Roma abuse videos

Six policemen accused of humiliating Roma children in a Košice police station last month have been fired and charged with misconduct. A seventh officer is on sick leave and cannot be disciplined until he returns. 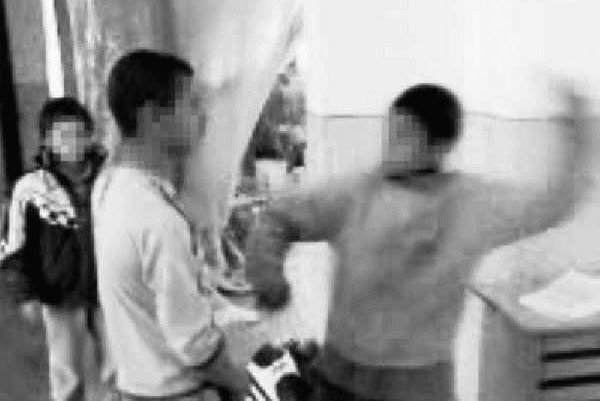 The boys were made to slap each other in the face (Source: SME)
Font size:A-|A+

Six policemen accused of humiliating Roma children in a Košice police station last month have been fired and charged with misconduct. A seventh officer is on sick leave and cannot be disciplined until he returns.

The punishments come after the officers arrested six Roma youths, aged 12 to 16, and filmed themselves forcing the boys to slap each other in the face, kiss each other and strip naked. They also threatened their captives with unmuzzled dogs, and the boys later claimed the officers had set the dogs on them, resulting in several bite wounds. The videos were released on the website of the SME daily on April 8.

While the response against the officers involved was swift, senior Slovak government officials neither condemned the violence unequivocally, nor apologized to the victims. Interior Minister Robert Kaliňák said that while he “fundamentally disagreed” with the police conduct, the boys in question were “street thieves and criminals”. In fact, they are only under investigation for stealing an elderly woman’s purse and knocking her to the sidewalk outside a shopping centre, injuring her shoulder.

Prime Minister Robert Fico condemned the police actions as “absolutely unacceptable”, but at the same time expressed “sympathy for the innocent woman who was also a victim of violence when these boys attacked her and stole her money in broad daylight.”

Neither President Ivan Gašparovič nor Deputy Prime Minister for Human Rights and Minorities Dušan Čaplovič had anything to say about the incident despite repeated requests for comment.

“This is a failure not just of the political elite, but also of all non-Roma Slovaks who have social power but are unable to secure it for others,” said Laco Oravec of the Milan Šimečka foundation. “Those politicians should have apologized to the children and their parents as soon as the videos were released, at the same time as the condemnations were issued. Instead, they waited to gauge public opinion and media pressure.”

The story was picked up immediately following the release of the videos by international media, including Reuters TV and Euronews. Local newspapers as far apart as Qatar, Kiev, London, Rotterdam and Windsor in Ontario, Canada carried reports, as did international titles like the Financial Times, the BBC, and the UPI and AFP news agencies.

“The event has caused an uproar in Slovakia after footage of the incident was published,” wrote BBC reporter Rob Cameron. “The incident is particularly sensitive in Slovakia because all of the boys are members of the Roma or gypsy minority, many of whom live in virtual shanty towns in the east of the country.”

It is understandable that European mainstream dailies would find the story compelling, said Eric Brassem, a reporter with the Dutch paper Trouw, which carried a report on the day the videos were released. “It’s quite simply a shocking story.”

But why would a paper specialized on business like the Financial Times give it space? “Our newspaper carries not just business news, we also try to give our readers an accurate portrait of European countries they might not know too well,” said Jan Cienski, who covers Central Europe for the Financial Times. “And in Slovakia, the Roma are one of the most important non-economic issues.”

International organizations that The Slovak Spectator contacted also responded with concern. European Commissioner for Social Affairs Vladimír Špidla, while saying he was unable to comment on specific incidents, said that violence against the Roma has recently been on the rise in Europe. “In some European Union member states, the Roma have become the targets of organized racial attacks… at the same time, the importance of the Union lies precisely in that it helps us to overcome centuries of this continent’s history, including racial hatreds.”

“All attacks on the Roma concern us deeply,” said Špidla’s spokeswoman, Chantal Hughes, of the Košice abuse.

And in Holland, where Slovak Deputy PM Čaplovič was on an official visit, Dutch Foreign Minister Maxime Verhagen asked his quest about the incident. He expressed satisfaction with Čaplovič’s assurance that the incident would be investigated and the perpetrators punished, but also conveyed his misgivings.

“The Netherlands is worried about the fate of the Roma population in Slovakia and Hungary,” he said. “The social-economic deprivation of this minority is harrowing and demands a cross-border approach.”

Asked for a response, Čaplovič’s spokesperson, Erika Adamová, said her boss “is on a working visit to Holland, so he will be unable to answer.”