Crisis: an end to the brain drain?

Brain drain used to be a real headache for businesses and academia in Slovakia. Over the past two decades the Slovak economy witnessed some of its smartest young people taking up jobs abroad after graduating from the best Slovak universities mostly in search of better opportunities for professional growth and better financial conditions. 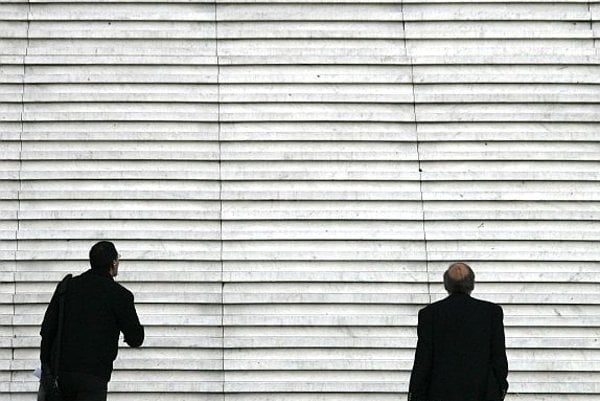 Brain drain used to be a real headache for businesses and academia in Slovakia. Over the past two decades the Slovak economy witnessed some of its smartest young people taking up jobs abroad after graduating from the best Slovak universities mostly in search of better opportunities for professional growth and better financial conditions.

However, the global economic crisis, which has seriously affected labour markets all over the EU and pushed businesses across Europe to scale down production and reduce their labour force, is already shifting the patterns of migration.

Young people are now often choosing to stay and build their careers here, in the familiar environment of their home country. Moreover, even those who pursued their university studies abroad tend to seek job opportunities in Slovakia, HR experts say.

According to HR experts, the recent switch to the euro has also helped to shrink the differences between Slovakia and its western neighbours.

For instance in the UK, one of the favourite destinations for Slovak workers, 1.86 million people were out of work in October. According to BBC, that figure was the highest since 1997, taking the overall unemployment rate to 6 percent and the British Chartered Institute of Personnel and Development expects the period between New Year and Easter 2009 to be the worst for job losses since 1991.

Slovaks who worked abroad in low-qualified positions are on the move, heading homeward, where they can use their skills and abilities rather than their ‘cheap labour’ to find a good position in the labour market. But what about top experts who have spent years building up their careers abroad in highly qualified positions in top management and academia? Are they considering the return too?

TOP MANAGERS NOT RETURNING YET

Human resources experts agree that mass migration of top Slovak managers from abroad is not the case yet.

According to Dana Blechová, country manager at Iventa human resources consulting company, the number of Slovak top managers working abroad is significantly smaller than the number of workers with lower qualifications and they are also protected against external instabilities by good work contracts.

Rather than top managers, those who are returning are young people, often university graduates, who left to abroad for better salaries and not necessarily for better career prospects. The global economic situation now makes it more financially viable for them to come back and live in Slovakia, said Mariana Turanová from the Target SK executive search company. However, there are cases when top managers have returned home, with their reasons usually being personal issues such as their family not bearing the life in another country well.

“Last year I often heard from managers who returned from abroad that Slovakia is well off now and they were convinced they could find an interesting job placement at home,” Turanová told The Slovak Spectator. However, this year the crisis has worsened the employment prospects even for people with high qualifications.

“It’s not easy to get a good position, since not many [good positions] are being created,” Turanová said. “Even job changes are not so common. People simply are considering more carefully whether to change or not, and most often they decide not to.”

Executive search experts hope that the job market will start moving again in autumn.
Gerard Koolen, the managing partner at Lugera & Makler, a HR consulting company, has experience mainly with the Netherlands and France. All the Slovak top managers working for big companies such as Delphi, Heineken or ING are still staying abroad.

“They mainly occupy key positions at corporate headquarters as bridges with the local Slovak operations and for that reason they are busier than ever and thus not very likely to be sent home,” Koolen told The Slovak Spectator.

“The latter group are most likely to stay abroad for a longer term or forever and [of the two categories mentioned] they are probably the larger, since they have a stronger experience in the foreign country where they live,” Blechová told The Slovak Spectator. Those who were sent abroad by their company usually return home after their work contract expires, she added.

Koolen rarely meets those who left home as students and made their career abroad. Most of the Slovaks holding top positions abroad are those who were seen as talented and top performing managers and who were invited to work at headquarters as a promotion or were asked to manage an entire region from the headquarters level, he said.

“My experience is that usually people with good work experiences leave, mainly because they already have reached ‘the ceiling’ on the local level,” Turanová agrees. They can gain priceless international experience in regional structures, but the better the position and the experience, the harder it is to come back home, back to the local level, she added.

Work experience from abroad is not always a tool with universal ability to open all the doors to a good job in Slovakia (or to one better than the one in the foreign country).

“Let’s start from the point that there are not too many top positions in the Slovak market and let’s also say openly that the salaries in Slovakia are still lower than abroad,” Turanová said. Therefore, even if one finds an interesting placement, the financial compensation usually does not fulfil the expectations of a person who just returned from a top management position in a foreign country, she added.

Another problem is that not all experiences, however excellent they might be, are useful in the Slovak market. There are certain fields and job positions where the contact with the domestic market is essential, Blechová said.

“People who worked abroad for a long time period don’t have the overview of the Slovak market anymore and they lose the relationships [they might have] built before; relations which are necessary in the business field and in top positions,” she told The Slovak Spectator. It depends on the particular field of business and the position held by the manager, as well as whether a particular company considers the foreign experience as an asset and whether they give priority to a candidate who possesses it, she added.

However, Koolen believes experiences from abroad still represent a significant benefit for returning managers, but the financial issues may still be challenging.

“The only issue for them personally is that they often must accept lower remuneration in comparison to the jobs they held in Western Europe,” he said. “And for many of these managers that is difficult to deal with, even though the cost of living is lower in Slovakia.”

The migration of top managers and people in similarly high positions thus has certain specifics in comparison with the migration of the labour force with low or no qualifications.
According to Blechová, while those with low qualifications are motivated solely by the salary, top managers often consider more than just the money. They are motivated by the whole package of benefits they are offered as well as the obvious high salary. They care about the opportunities for their personal self-fulfilment and their professional growth.

That is why the migration of workers with lower qualifications tends to be more dynamic and massive. People usually leave for countries where they have at least some connections, such as family or friends from Slovakia, and where they are able to earn much more than they do at home, Blechová said.

“People in managerial positions focus more on the work as such and about the other professional possibilities that a particular job position can bring them,” she explained. While these experts are able to negotiate about their working conditions (such as the salary and other benefits), workers with lower qualifications often do not have this possibility, as there is more competition among them in terms of the number of people able and willing to do the job. According to Koolen, in turbulent times of economic crisis, the value of good experts even grows.

“The different dynamic [for migration of top managers] is that they are now viewed as being even more valuable than ever, as many companies are reconsidering their expansion plans and they need their Slovak managers at headquarters to deal with the present market situation more than ever,” he said.