Can the Blue Card beat the Green Card?

Highly-skilled workers looking for better job opportunities abroad have always been very attracted to the US labour market which has offered a more welcoming environment and transparent legal conditions for qualified immigrants than many other markets, including countries of the European Union. 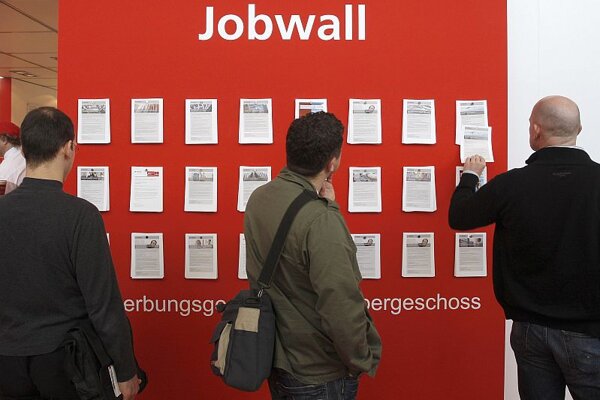 Highly-skilled workers looking for better job opportunities abroad have always been very attracted
to the US labour market which has offered a more welcoming environment and transparent legal conditions for qualified immigrants than many other markets, including countries of the European Union.

At the end of 2008 the European Parliament approved a draft directive on the admission and residency procedures for non-EU citizens who would like to work in highly-skilled positions within the EU countries. It is a so-called Blue Card – an EU equivalent to the US Green Card which many job-seekers use to work and live in the USA.

The Blue Card should help to make countries in the European Union more attractive as a destination in the eyes of qualified workers from non-EU countries. It should simplify the process of EU employers hiring skilled workers from other countries and enable its holder to take advantage of the single EU market. The card should be available for the first applicants in 2011.

Slovakia has supported the directive. But due to the current economic crisis government officials have not been able to determine which professions it will be try to attract via the Blue Card. There is also a question whether Slovakia, as a country with one of the highest unemployment rates and one of the lowest salaries in the EU, would really be an attractive destination for workers from non-EU countries.

“The purpose of the draft directive is to resolve labour deficits by supporting the admission and mobility of citizens of third countries [non-EU countries] for highly skilled positions for periods longer than three months,” Barbora Petrová from the press department of the Ministry of Labour, Social Affairs and Family told The Slovak Spectator.

The directive sets conditions for uniform and faster admission procedures and would grant social and economic rights for skilled non-EU citizens equal to citizens of the hosting country.

Attracting such workers should help the EU to maintain its competitiveness and economic growth, added Petrová.

Lucia Žiláková, a press officer of the Representation of the European Commission in Slovakia said that the Blue Card should make Europe attractive for the skilled workers on one hand and satisfy the demand for such workers by employers within the EU on the other.

“It is expected that the EU’s ability to attract qualified workers will improve mainly in comparison with the USA,” said Žiláková. “The EU is interested in attracting highly-qualified professions and skilled and experienced craftsmen.”

Each country will decide on the professions it wants

The Blue Card is meant for highly-skilled workers and the EU has not defined the professions which are most lacking in its labour market, according to Petrová. The power to set the priorities for the labour market as well as how many citizens it can accept from other countries will be in the hands of each member state.

“Individual states have different demands for highly-skilled workers and each of the member states will decide on granting the Blue Cards depending on the needs of its labour market,” said Petrová.

According to the directive, each member country will have the possibility to not grant the employment permits at all, or to limit them to some professions, industries or regions.

Slovakia supported the draft directive because it regards employing the citizens of non-EU countries in qualified positions as a necessity arising from globalisation of the economy, said Petrová. Slovakia considers that such immigration can help it fill the gap in highly-skilled workers in some parts of its economy.

However, it is difficult to estimate the future interest of non-EU citizens in getting a job in Slovakia within the regime of the Blue Card, according to Petrová.

“It will depend on the interest of citizens of the third countries to apply for this right in the Slovak Republic, their language competence to take up highly-qualified positions and the needs of Slovak labour market,” Petrová said. “It will also depend on whether the salary offers from employers meet the salary threshold [set in the conditions for the Blue Card].”

The global economic crisis and its impacts on the Slovak labour market do not allow
a current definitive answer about which professions Slovakia will be interested to attract, she added.

Conditions for obtaining the card

Precise steps for obtaining a Blue Card have not yet been specified, according to the representative of the European Commission. However, it is certain, said Žiláková, that an applicant must be hired in advance for a specific position in an EU country, that he or she must have at least five years of working experience in the applicable industry or possess a university graduation document that is acknowledged in one of the EU member states.

The applicant’s employment contract must guarantee an income at least 1.7 times higher than the average gross income in the EU member state in which the applicant will have permanent residence. This salary also cannot be lower than a salary of a worker in a comparable position in that member state.

“The Blue Card enables its holder to enter the territory of a member state, to reside there and to enter the labour market in the specified industry,” Žiláková told The Slovak Spectator. “After staying three years in one EU member state the cardholder can choose to move to a different member country.”

The card will be issued initially for three years with a possibility to extend it for two, additional years, according to Žiláková.

Petrová added that under certain conditions, after only 18 months of legal residence in one member country, the cardholder can apply to move with his or her family to another member country to take up a highly-skilled job there. The other country will be obliged to decide about the person’s application within one month.

The Blue Card is expected to become effective in approximately two years. The European Parliament adopted its statement regarding the draft directive at the end of 2008.

Currently, the text of the directive is being finalised along with review of the various language versions. This might take several weeks or months, said Petrová. Then the directive must be submitted for final adoption. Subsequently, the member countries have another two years to transpose the directive into their national legislation.

A single market – but not quite

While the EU is still looking for the best way to attract highly-skilled workers to a single European labour market, for workers from new member countries the EU labour market
is not entirely one entity.

For example, the labour markets of Denmark, Germany, Austria, and Belgium are still not open for all Slovak workers. But beginning January 1, 2011 all member countries must open their labour markets and Belgium has already promised to admit Slovak citizens seeking employment beginning in May 2009.

On the other hand, Germany and Austria will probably use the entire time horizon until
2011 before opening their labour markets. In general, Slovak workers need work permits in the countries which have not opened their labour markets but the process is simplified for some professions. For example, for a Slovak to work as a home caregiver in Austria all that is needed
is an Austrian self-employment licence.