Slovak wages set to stagnate in 2009

Slovaks should not expect much higher salaries in the coming months. Because the country’s economy has entered a crisis mode, employers will be more reluctant to increase wages. Even the trade unions agreed during their recent negotiations with the government to be moderate when demanding wage hikes. On the other hand, weakening currencies in neighbouring countries which are not part of the eurozone means that Slovakia’s euro salaries will grow in comparison with salaries in other non-euro countries. 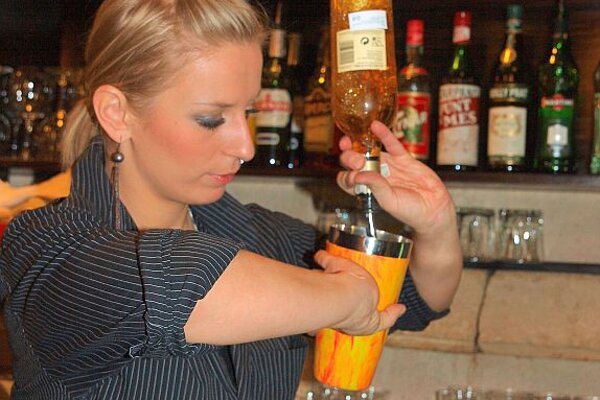 Slovaks should not expect much higher salaries in the coming months. Because the country’s economy has entered a crisis mode, employers will be more reluctant to increase wages. Even the trade unions agreed during their recent negotiations with the government to be moderate when demanding wage hikes. On the other hand, weakening currencies in neighbouring countries which are not part of the eurozone means that Slovakia’s euro salaries will grow in comparison with salaries in other non-euro countries.

Several legislative changes which are already effective or which are in proposal stage will primarily influence the wages of low-income groups of citizens this year. The minimum wage increased at the beginning of 2009 and a so-called employee bonus has been introduced. Recently, within a package of anti-crisis measures, the Finance Ministry proposed to increase the amount of the non-taxable base which would further extend the impact of the employee bonus.

“We expect a drop in the growth of real wages; most probably, we will not maintain last year’s growth of 4.7 percent,” said Richard Ďurana, director of the Institute of Economic and Social Studies (INESS).

The development of wage levels will be influenced mainly by the demand for labour and its supply, he added.

Vladimír Kvetan, a research analyst with the Institute of Economics at the Slovak Academy of Sciences, expects stagnation in real wages, meaning that they might grow only by as much as the rate of inflation, at maximum.

The impact of the economic crisis, the rate of inflation, and changes in labour productivity should be the main factors influencing the level of wages in the forthcoming period, according to Kvetan.

A growing number of unemployed should push the wages downwards as it is expected that there will be surplus labour willing to work for lower wages, he added. On the other hand, he said that the employers’ associations are paying attention to reflect inflation increases into wages.

“I do not think that someone will actually see a drop in the nominal value of his or her salary,” said Michal Páleník, a project manager with the Institute of Employment. It is just that the dynamics of its growth will be lower, overtime work will be less available and unemployment will grow which might negatively impact the level of the average wage, he added.

Lucia Burianová from Slovakia’s largest job server, Profesia, said that over the last few months the server has not only recorded a significant drop in the number of job offers and an increase in job seekers but that it also appears that people looking for work are more willing to accept a lower salary.

“Job applicants are being much more sober about their salary requirements than they were, for example, in the summer of 2008,” said Burianová. “Due to harsher competition on the job market they are willing to compromise regarding their salary and also with their requirements for other benefits.”

However, she added that salaries and benefits differ significantly among regions. Bratislava is the only region with average salaries above the national average. Similarly, the scale of other job benefits is the widest in Bratislava, Burianová added.

The economic slowdown will affect salaries in the regions with the highest current unemployment the most - Banská Bystrica, Košice, and Prešov. Due to a reduced supply of jobs and a currently high unemployment rate, the wages in these regions are not expected to grow at the same pace as in the Bratislava and Trnava regions, said Ďurana.

Impact of the euro

Slovakia’s adoption of the euro should not have a significant impact on the country’s level of real wages, according to analysts. If it does, it will depend upon the policies of the European Central Bank and on inflationary pressures in the whole eurozone.

However, from the point of view of comparing Slovak wages against wages in neighbouring countries, the adoption of the euro will make a significant change for Slovakia in the ranking of average wages in EU member states.

Wages in Slovakia, because it became a member of the eurozone, can go above the average wages in neighbouring countries without the euro because of their weakening currencies, said Kvetan.

“Thanks to the stable euro, the wages in Slovakia over the last months grew dynamically in comparison to neighbouring V4 countries,” said Ďurana.

Volatile foreign exchange rates in the neighbouring countries are the main factor for Slovakia stepping up the ladder of EU wages, according to Burianová.

“After converting to the euro, the average wage in Slovakia is already higher than in Hungary and I suppose it is similarly so in comparison with Poland,” she added.

Currently, it is debatable to what extent Slovakia’s improving position in the ladder of average EU wages will deteriorate its competitive advantage from low labour costs, according to analysts. The fact that Slovakia has had one of the lowest levels of average wages in the EU has been one of the main factors attracting foreign investments to Slovakia.

“On one hand, membership in the eurozone means elimination of certain transaction costs which can make the Slovak market more attractive for investment,” said Kvetan. “However, due to the weakening exchange rates in the neighbouring countries it is possible to expect a change in the relative costs of labour.”

When comparing earnings of Slovaks within the region of central and eastern Europe in 2008, including some non-EU members, Slovakia stood in the middle position. The data are from a recent analysis and forecast made by CE Research, an institute specialising in comparative labour costs and earnings research based in Warsaw.

The analysis showed that strong growth in labour costs continued throughout central and eastern Europe in 2008.

Measured by average gross earnings, labour costs expressed in euro increased between 8 and 24 percent year-on-year in 2008 in 13 countries of the region analysed by CE Research.

The 2008 year-on-year increase was largest, at 20 percent or more, in the Czech Republic, Russia, Bulgaria, Latvia, Poland and Lithuania. Gross earnings increased least in Hungary, Slovenia and Croatia, at rates of 8 to 9 percent. In Ukraine, Slovakia, Estonia and Romania, average gross earnings converted into euro increased by 12 to 18 percent.

Several new legislative measures will influence the level of some Slovak’s earnings in 2009. To increase the take-home income of low-wage workers the Slovak government passed legislation to create a so-called employee bonus and also increased the minimum wage. Both measures are effective since the beginning of this year.

The minimum wage was increased to €295.42 (Sk8,900) from last year’s level of €268.87 (Sk8,100). This means that an employer cannot pay an amount lower than €295 to employees and it also means that the minimum base on which self-employed persons pay their payroll taxes has increased.

Another legislated employee benefit is a new negative tax. Minimum wage earners were previously exempt from paying income taxes. The new legislation has now made them eligible for a negative tax, which means the state will provide a monthly bonus to those earning minimum wages. The first payment would arrive in March 2010, as it will be paid annually based on wages earned in 2009. The rationale of the negative tax is that those who earn around the minimum wage cannot apply the full amount of the non-taxable tax base and thus they will get this bonus.

In response to the economic crisis the Finance Ministry recently proposed to increase the amount of the non-taxable tax base. The non-taxable base amount should increase in March this year to €4,027 from the current amount of €3,435 (22.5 times the subsistence level compared to 19.2 in the past). As a result, the employee bonus for minimum wage earners would increase as well. These changes will decrease the tax burden mainly on workers with low incomes.

Citizens with higher incomes would feel more tax relief if a direct cut in the income tax rate was proposed, according to the Institute of Financial Policy.

After a meeting with Prime Minister Robert Fico on February 6, trade unions are less likely to demand significant wage hikes. The union leaders at the meeting agreed that in these times of economic crisis they will not demand increases in wages exceeding the growth in labour productivity. The unions also agreed with other proposals by t