A piece of Slovakia among the maple leaves

THOUGH many generations have come and gone since the first Slovaks landed on Canadian shores, the Slovak community in the world’s second biggest country, reinforced by several waves of immigration, has seemingly managed to preserve some of its most precious treasures. 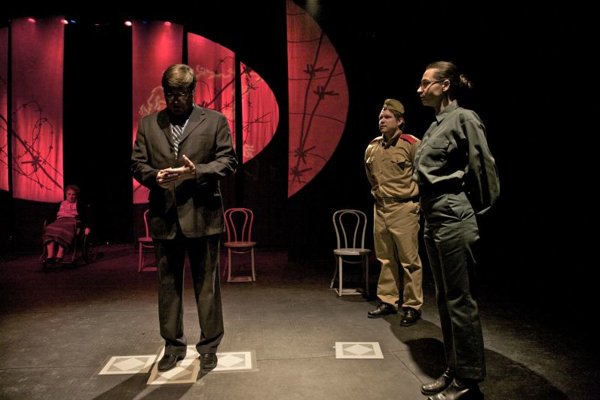 THOUGH many generations have come and gone since the first Slovaks landed on Canadian shores, the Slovak community in the world’s second biggest country, reinforced by several waves of immigration, has seemingly managed to preserve some of its most precious treasures.

This is certainly the impression one gets when researching the countless performances, workshops and lectures focused on Slovak culture that regularly take place throughout Canada.

In southern Ontario, such activity has for more than three decades been concentrated around the Canadian Dramatic Arts Foundation, an umbrella organisation for various Slovak events in Toronto. Recently, one part of the foundation, the Toronto Slovak Theatre, premiered a successful play that was later performed in Slovakia, and the organisers promise more to come.

The foundation was established in 1977 by Valéria and Dušan Tóth, a teacher and a clergyman respectively. Dušan was also an anti-occupation broadcaster who was forced to emigrate from Czechoslovakia with Valéria in the late 1960s.

“Thanks to generous financial support from private donors, as well as the Canadian government, the foundation has engaged in several grand projects during its history,” Valéria Tóthová told The Slovak Spectator. “We were involved for example in producing the world premiere of Eugen Suchoň’s opera “Krútňava” (The Vortex) in Michigan; then on the 100th anniversary of the first Slovak arriving in Canada, we translated and produced Ivan Stodola’s play “Bačova žena” (The Head Shepherd’s Wife) and toured all across Canada.”

Moreover, the Tóths helped to establish the Toronto Operetta Company and wrote and produced a show called “Our Slovakia”, which involved around 250 performers from all over Canada for the World Festival of Slovak Youth in Pennsylvania.

The couple said they are even more proud of their accomplishments because the foundation remains active despite funding by large private donors and the Canadian government having stopped some time ago.

“We are also proud that we were able to motivate and involve in our projects immigrants to Canada from across immigration lines,” stated Dušan Tóth. “But if I had to single out one of our accomplishments that we take the most pride in, it would definitely be our production ‘Shalom’, a selection of literary works by Jewish authors from across the world who have their roots in Slovakia and many of whom still write in Slovak.”

Through this project, supported by the Office for Slovaks Living Abroad, the Foundation also published a book based on the production, which was presented in Bratislava and Tel Aviv in 2008.

The Tóths also founded the Theatre of Poetry and, most recently, in 2006, the Toronto Slovak Theatre. It was the latter that earlier this year hosted a play by Viliam Klimáček, one of the most renowned contemporary Slovak playwrights.

Entitled Hot Summer ’68 and written especially for the theatre to commemorate the 40th anniversary of the Warsaw Pact invasion of Czechoslovakia, it is a mosaic of authentic stories of post-occupation emigrants and their families. Tóthová contributed to the play as dramatic advisor and Tóth both directed the play and acted as one of the leads, playing himself, the Lutheran pastor.

After two performances in Toronto, the play toured four Slovak cities including the capital, in June. Both in Canada and in Slovakia, it was presented in Slovak with a short synopsis in English.

“Now, when our dream of a tour of Slovakia with Klimáček’s play has been accomplished, we have another, even larger, dream,” said Tóthová. “We would like to translate the play into English and tour with it to different cities in Canada and the United States with a large Slovak population, playing in Slovak and using English subtitles.”

At the same time, the couple are preparing various poetry soirées and looking for another play, probably a comedy, that could be staged by their theatre in the near future.

As Tóth concluded, preserving Slovak traditions and presenting them to Canadian audiences, whether of Slovak descent or not, is for him and his wife a source of pride and self-confidence.

“We are fully aware that from the point of view of modern Slovakia it might seem that we are pathetic in our expressions of our relationship towards our heritage,” he told The Slovak Spectator. “Nevertheless, the fact that we can now freely travel to Slovakia does not take away our desire to do what we were doing in the past, when the Iron Curtain was closed. We firmly believe that in order to know where we are going, we have to know where we come from.”