PARLIAMENT has still not yet answered the question of who will lead Slovakia’s prosecutor’s office for the next seven years. Indeed, the process by which MPs failed, during votes on November 3 and 4, to reach a decision has demonstrated that finally selecting the country’s next prosecutor general will be no easy undertaking. 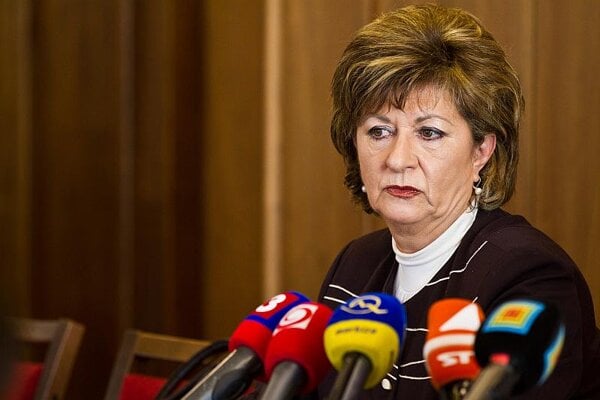 PARLIAMENT has still not yet answered the question of who will lead Slovakia’s prosecutor’s office for the next seven years. Indeed, the process by which MPs failed, during votes on November 3 and 4, to reach a decision has demonstrated that finally selecting the country’s next prosecutor general will be no easy undertaking.

Parliament failed to select any of the original three candidates for general prosecutor in a first secret ballot on November 3. After third-placed candidate Ján Hrivnák, nominated by the Slovak Democratic and Christian Union (SDKÚ), had been eliminated, Trnka, supported by Smer and the Slovak National Party (SNS), and Mária Mišíková, backed by the Christian Democratic Movement (KDH), Freedom and Solidarity (SaS) and Most-Híd, faced each other in run-off on November 4.

However, SDKÚ MPs then blocked both of the remaining two candidates by registering for the ballot but not casting any votes, thus ensuring that neither Trnka nor Mišíková received a majority among those MPs present.

Despite the party’s recently-avowed opposition to his staying in the job, Trnka has become a divisive force in the SDKÚ: it was an SDKÚ MP, Stanislav Janiš, who in a surprise move proposed Trnka for the post, leaving the rest of the ruling coalition wondering what lay behind his move.

Meanwhile, Prime Minister Iveta Radičová backed Hrivnák, a special prosecutor who was proposed by SDKÚ MP and former judge Jana Dubovcová, and said that Trnka’s departure from the post was a matter of principle for her.

“Seven years in the post appears to me quite enough and a person gets quite worn out in such a position if one is doing it fully, responsibly,” Radičová said. “A change would simply be healthy after such a time.”

Radičová said she was not reproaching the Office of the General Prosecutor for cases it had solved because “these must be stressed”, and added that the office had done some good work in revealing cases of organised crime. However, Radičová said doubts had emerged about cases which have not been concluded. She listed as examples the halted prosecution of former Movement for a Democratic Slovakia (HZDS) officials, investigations into corrupt privatisations, and the release of disgraced tycoon Jozef Majský from custody.

The vote and complications

In the first round, involving 148 MPs, Trnka attracted 70 “yes” and 60 “no” votes, with 17 deputies abstaining; Mišíková was backed by 49 MPs and opposed by 84 while 14 abstained. Hrivnák was supported by 28 deputies, while 98 rejected him and 21 abstained.

In order to succeed, a candidate needs to win the support of a simple majority of deputies present for the vote. The opposition controls 71 votes, while the ruling coalition has 79 MPs –of which SaS, KDH and Most-Híd make up 51.

During the first vote, some deputies were observed using mobile phone cameras to photograph their filled-in ballot papers, presumably to prove that they had voted along party lines and were not responsible for any unforeseen outcome. Smer was quick to protest against the activity calling it “a gross and unconstitutional intervention into the free exercise of a deputy’s mandate”.

Smer boss Robert Fico said that SaS leaders ordered their party’s deputies to take the picture, but SaS boss and Speaker of Parliament Richard Sulík denied his claims. Sulík rejected Fico’s interpretation of his MPs’ actions as a violation of any law, according to the SITA newswire.

Fico also claimed that the SDKÚ would try to delay selection of the general prosecutor until after its party congress.

“Conflict between [party leader Mikuláš] Dzurinda and Radičová is culminating,” Fico said, as quoted by Sme daily. “The fact that the prosecutor will not be elected until the congress of the SDKÚ, where some personal issues should be decided, is not just by chance.”

The Sme daily speculated that Janiš proposed Trnka based on an agreement with SDKÚ boss Dzurinda in order to help brush a case involving murky party financing under the carpet. Janiš, however, rejected the allegations and insisted that he wanted to see Trnka in the post based on his fight against organised crime.

But Janiš ultimately voted for Hrivnák instead of Trnka, despite having proposed him for the job.

Trnka was selected for the post in 2003 as the country’s fifth general prosecutor since the fall of communism in 1989. Before his selection, he had served as chief military prosecutor. A native of the western Slovak town of Skalica, Trnka graduated from law school in the late 1980s and soon after was involved in the investigation of several events surrounding the fall of communism in the former Czechoslovakia in November 1989.

In April 1999 Trnka became chief military prosecutor as well as deputy attorney general. He also became well-known as the head of a team of military prosecutors investigating a scandal over illegal wiretapping at the Slovak Information Service (SIS), Slovakia’s main state intelligence organisation.

Trnka has attracted perhaps the most criticism for his role in the case of Hedviga Malinová, a Hungarian-speaking Slovak citizen who in 2006 reported to the police that she had been beaten up in Nitra, apparently for speaking in her mother tongue while using a mobile phone.

Malinová was publicly accused of lying by then-prime minister Robert Fico and his interior minister, Robert Kaliňák, soon after she first reported the assault in 2006. In May 2007 she was accused by the police of providing false testimony, but she has yet to stand trial.

According to the leader of Most-Híd, Béla Bugár, the results of the November 4 vote mean that the SDKÚ has wasted a chance to make a change in the prosecutor’s office.

“And for all of us it now means that we should search for a common candidate by November 22,” he said, referring to the deadline for proposing candidates, as quoted by the TASR newswire.

He said that the coalition parties will propose neither Mišíková nor Hrivnák at the next vote.

“If we proposed Mišíková and they [i.e. the SDKÚ] proposed Hrivnák, that would mean we cannot reach an agreement. That is to say, none of these candidates can remain in the game,” Bugár said, as quoted by TASR.