STARS, journalists and fans have been rubbing shoulders in Slovakia’s capital since Thursday, when the 12th Bratislava International Film Festival (BIFF), the biggest and most prestigious local film gathering, kicked off with Carancho, a thriller by Argentinian director Pablo Trapero. With its line-up of almost two hundred movies and many fringe events that continue until November 11, the festival offers much to enjoy. 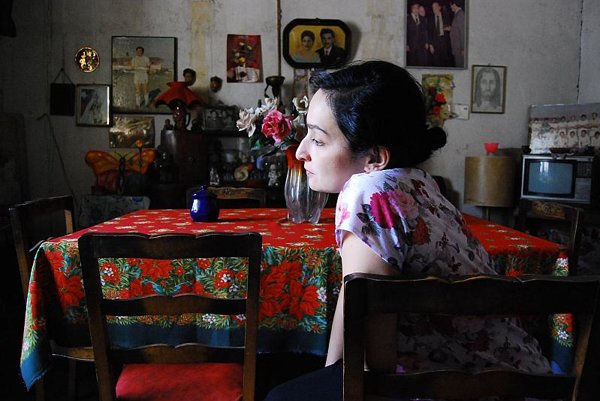 STARS, journalists and fans have been rubbing shoulders in Slovakia’s capital since Thursday, when the 12th Bratislava International Film Festival (BIFF), the biggest and most prestigious local film gathering, kicked off with Carancho, a thriller by Argentinian director Pablo Trapero. With its line-up of almost two hundred movies and many fringe events that continue until November 11, the festival offers much to enjoy.

Taking place a month earlier than in previous years, BIFF comes with several significant changes, hence its theme colours, the yellow and black used in construction sites, to symbolise renovation.

“One of our priorities has been to ‘reconnect’ the event with its host city by increasing the number of venues,” Matthieu Darras, BIFF’s artistic director, told The Slovak Spectator.

While the Aupark shopping centre remains the focal point, four more screening halls, the Mladosť, the DPOH theatre, the VŠMU Film Faculty and the Slovak National Gallery, have been added, with the latter two, moreover, being available to students free of charge.

“In addition, we have finally broken the bad habit of resorting to voiceover: from now on, subtitling takes over,” said Darras, who is French and has headed the festival since 2009, after working, for example, as programmer for the Cannes Critics’ Week.

For the second year in a row, some movies will also be available to audiences in Košice (November 12-14) and Banská Bystrica (November 15-16), while the town of Žilina will host BIFF screenings for the first time (November 17-18).

With the number of spectators flocking to cinema halls expected to reach 30,000, along with around 100 foreign guests, the juries are having a hard time choosing the winners in three competition sections: Features, Documentaries, and Short Films.

A total of 10 films are in the running for the grand prix within the Features competition, the most prestigious section, featuring exclusively first and second films. Interestingly, they all evolve around the themes of nature and family, though this was not a selection criterion established in advance.

“When selecting the films for the competition, we found that these had been the most recurring motifs in this year’s movie production, and we simply found ourselves with a collection of movies dealing with these topics,” stated Darras.

They include The Tree by Julie Bertucelli, a family drama set in the Australian countryside starring Charlotte Gainsbourg; Lucía by Niles Atallah, an intimate observation of the daily life of a father and daughter in Chile; and Shelter by Dragomir Sholev, a black comedy about Bulgarian young punks and the impossible communication between parents and children.

Apart from the three competitions, BIFF’s agenda includes nine thematic sections, such as All at the Beach!, which presents both full-length and short films set by the sea, The Bad Sleep Well, focused on corruption, and Here and There, with a line-up of movies either from Slovakia’s neighbouring countries or from the other side of the globe.

Three sections are dedicated to noted directors Kornél Mundruczó, Raphaël Nadjari and Pablo Trapero, all regulars at Cannes despite being only in their thirties, who all made their debuts in 1999 when the 1st BIFF was held. All three artists are attending the festival in person, and those interested can meet Nadjari and Mundruczó at the Carlton Hotel on November 9 and 10, respectively, at 11:00.

These free daily meetings with international guests open to the public are another innovation in BIFF’s programme.

On the other hand, the event has not forgotten its traditions – but even these have been partially transformed.

For instance, a tribute is being paid to famous Czech surrealist Jan Švankmajer by the showcasing of all his full-length films and a number of his short ones.

“When I started working with BIFF, I was astonished that achievement awards should be given to artists without screening their works,” Darras told The Slovak Spectator. “They just came, took their statuette and went away. Therefore, we have decided to present a maximum number of movies by the selected directors, because in my opinion this is what a real tribute is about.”

However a little bit of disappointment comes with the annual Made in Slovakia section which this time includes mostly TV films and documentaries, and has no feature premiere.

After an extremely successful year in 2009, when a modern record was set for the number of Slovak movies premiered, domestic film production obviously took a downturn in 2010. The chief culprit? Most probably the ubiquitous crisis, according to BIFF’s artistic director.