The science and art of making a festival

NO SOONER had the curtain fallen on the 12th Bratislava International Film Festival (BIFF), held between November 4 and 18 in Bratislava, Košice, Banská Bystrica and Žilina, than its management team started getting ready for the next one. The Slovak Spectator, however, took advantage of a momentary lull to interview Matthieu Darras, BIFF’s artistic director, about his first impressions of this year’s event as well as the future prospects for what is the country’s biggest film festival. 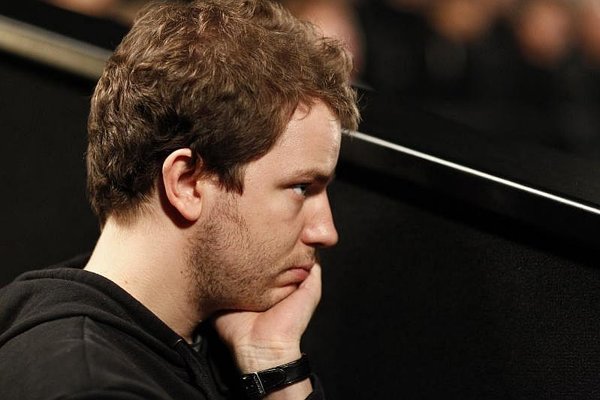 NO SOONER had the curtain fallen on the 12th Bratislava International Film Festival (BIFF), held between November 4 and 18 in Bratislava, Košice, Banská Bystrica and Žilina, than its management team started getting ready for the next one. The Slovak Spectator, however, took advantage of a momentary lull to interview Matthieu Darras, BIFF’s artistic director, about his first impressions of this year’s event as well as the future prospects for what is the country’s biggest film festival.

The Slovak Spectator: As the artistic director, you are in charge of the selection of movies for the festival. What criteria did you use for this festival?

Since BIFF is a non-specialised festival, its aim is to provide the most complete panorama possible of the world’s contemporary film production and to fill in the gaps in local distribution. There are of course ‘musts’, such as prestigious award winners or movies that have created a buzz abroad, but we also have thematic sections thanks to which BIFF can distinguish itself from other events of its kind. This was the case with our collection of movies set on beaches, which was inspired by Slovakia’s not having a seacoast; or with a section tackling a very topical issue, that of corruption. So the criteria are extremely varied, unlike, for instance, in Cannes, where I select movies for the Critics’ Week, and where the only criterion is artistic quality and originality. This diversity is actually one of the reasons why I enjoy working for BIFF.

TSS: You have headed the festival for two years now. Are there types of films that are, perhaps unexpectedly, more popular among the Slovak audience than others?

There were movies that would not seem obvious crowd-pullers and yet I somehow guessed that they might please the local audience, such as The Christening by Polish director Marcin Wrona, set in the contemporary Warsaw underworld; or City of Life by Ali F. Mostafa from the United Arab Emirates, a portrait of Dubai, which is a city Slovaks are fascinated with, I think. Both of them were indeed sold out. On the other hand, there were pieces that would have had limited success even if we had been in Paris or New York, like Predators, a four-hour-long documentary by Lucas Belvaux on the biggest French corruption scandal.

Yes, that is seemingly most often the case. However, there is also the ‘grand prix effect’ that draws many people. The cinema was crowded at the screening of the 2010 Golden Palm winner, Uncle Boonmee Who Can Recall His Past Lives, by Apichatpong Weerasethakul from Thailand, though any other from among his works would most probably have gone unnoticed by the spectators. And as for the countries of production, Slovaks are starting to be quite interested by eastern and central European cinema, which is something I am very happy about.

The festival is supported from government sources and EU funds, with subsidies amounting to around €160,000 and €50,000 respectively. Moreover, we have one principal sponsor and, though it would be great to have at least one more, there is not so much to complain about, as the budget is comparable to those of similar events in other countries. I appreciate that there is a mix of public and private sources.

On the other hand, I have been discussing funding systems with the directors of various festivals, including Sarajevo, Pusan and San Sebastián, who have told me they get support from their host cities of up to 50-60 percent of the budget, while the city of Bratislava provides almost no funding for BIFF, which is a serious problem.

So the festival certainly has the potential to increase its budget, but it only makes sense if the audiences are interested. There is no use in spending thousands inviting famous filmmakers if, in the end, five people show up to meet them. The good sign is that attendances have risen by some 15 percent compared to 2009. However, a festival in a city like Bratislava could very easily draw 60,000, if not 70,000, instead of the current 30,000 people. The real challenge for us is therefore to improve our communication strategy.

TSS: BIFF has now undergone several remarkable changes: the number of venues has been increased, voiceovers have been replaced by subtitling, open meetings with filmmakers have been introduced... Are you planning to continue modifying the event in future years? And what about next year’s programme?

Most importantly, we shall showcase slightly fewer films while providing more screenings, in order to give each film more visibility. We also wish to develop co-operation with other film festivals. It is with this idea in mind that we have asked our colleagues in Rotterdam, Linz, Göteborg and Wroclaw to help us prepare a thematic section featuring ‘Osterns’ or ‘Red Westerns’ – that is, Westerns made in the Soviet Union and Eastern Bloc countries between the 1920s and the 1980s. For the rest, the programme will be very similar to that of the 12th festival: a tribute will be paid to a prominent film director, three profile sections will be dedicated to three promising auteurs...

Even if I knew I could not tell you [laughs]. There is a whole science behind the timing for releasing information. I asked Mirsad Purivatra, Sarajevo Film Festival director, and Kim Dong-ho, Pusan Film Festival director, to serve on our jury in 2009, and they only accepted [my invitation] this year. Such things are scheduled on a long-term basis.