THE VISEGRAD exchange does not limit itself to ministerial and diplomatic bureaux: in the eastern Slovak town of Košice, the European Capital of Culture in 2013, for example, it even flourishes in such unusual settings as tobacco factories, churches or swimming pools. 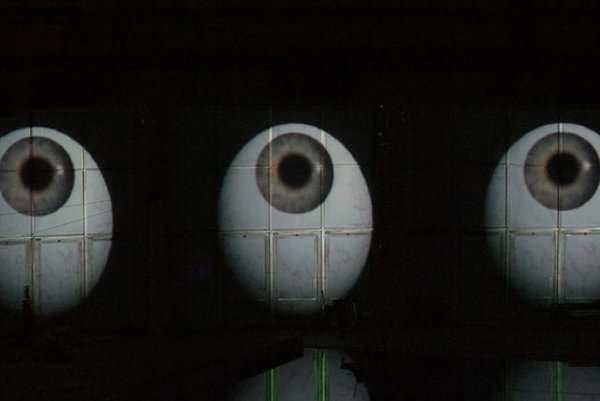 THE VISEGRAD exchange does not limit itself to ministerial and diplomatic bureaux: in the eastern Slovak town of Košice, the European Capital of Culture in 2013, for example, it even flourishes in such unusual settings as tobacco factories, churches or swimming pools.

Not that the V4 would plan to launch a common cigarette brand, found a new religious denomination or build a water polo team. It is just that Tabačka Kulturfabrik, an independent cultural centre housed in a former tobacco factory, has been gearing toward informal Visegrad partnerships, not hesitating to wrap its tentacles around the whole town when needed.

Tabačka was opened in September 2009, breathing life into an unused 19th-century factory building that had once been the largest manufacturing plant in the town.

However, the project had had a comparatively long genesis, Peter Radkoff, Tabačka’s director, explained.

“Under the former regime,” he told The Slovak Spectator, “there was no such thing as independent culture, and we did not think there could be, either. But once the Iron Curtain had fallen, I started to consider creating a platform for alternative initiatives; not a pub with a tiny stage in the corner, but a real cultural centre.”

As early as 1995, Radkoff with friends founded the Bona Fide association that today runs Tabačka. Though they organised various events in different premises it took them 13 years and hundreds of grant applications to find a suitable place to finally make their dreams come true.

“It was a long journey, but otherwise we probably would not have come across such a great place as this one,” Radkoff said. “Moreover, throughout all those years, I reckon we have managed to develop a devotee base of around 3,000 people who have regularly taken part in our activities, which is why Tabačka has drawn crowds virtually ever since it first opened its doors last year.”

The situation is not yet ideal though. The building, having been long abandoned, is not in a particularly good state, Radkoff added. The association only leases the premises from the city and roof leaks and poor heating have caused trouble, especially as these have damaged those parts that have already been partly renovated.

Prophets in their own land?

In spite of the difficulties, Tabačka’s cultural life has been extraordinarily vibrant. The schedule is always full with almost daily – and mostly free – events such as concerts, theatre and dance performances, workshops, festivals, film screenings or discussions on current issues.

Apart from these, the centre, which is a member of the prestigious Trans Europe Halles network, also participates in a number of international projects and regularly sends its representatives abroad.

The Visegrad region clearly dominates the programme. Over the past few weeks, for example, a Slovak-Hungarian theatre group performed their adaptation of Ingmar Bergman’s Persona at Tabačka; Tides From Nebula, an instrumental post-rock band from Poland, gigged here; and, in turn, Tabačka sent its own theatre group, Divadlo na peróne (Theatre on the Platform), on a tour of Hungary, Poland and the Czech Republic with a performance entitled Rany (The Wounds).

However, Tabačka’s flagship event is the Moon Ride contemporary arts festival, launched five years ago with the very aim of promoting Visegrad culture.

Taking place annually in October, this one-week multi-genre marathon features performances, exhibitions, concerts and workshops by Slovak, Czech, Hungarian and Polish artists who are virtually unknown to the local public and yet among the best in their field.

“The Moon Ride aims to showcase the creme de la creme of the V4's cultural production and the participants are always selected on the basis of good references from our numerous partner institutions,” said Lukáš Berberich, who is responsible for the programme of the festival, adding that the decision to focus on the Visegrad region was more or less a natural consequence of Tabačka’s – and Slovakia’s – position within the area.

“Interestingly, even if we all come from very similar backgrounds, the cultural scene varies quite remarkably from one V4 country to another,” he told The Slovak Spectator. “Each country has different strong points in different forms of artistic expression.”

The most recent festival, which drew around 1,200 people, differed from the preceding ones in one significant aspect, Berberich underlined. For the first time ever, part of it was held at several venues at the same time, which included, apart from the more ‘traditional’ sites like the Vojtech Löffler Museum or the State Theatre, such unexpected places as Košice Public Swimming Pool and the Dominican Church.

“It was the best experience I have ever had as a musician,” said Karol Schwarz from Prawatt, a Polish band that gave a concert at the swimming pool.

The music was accompanied with giant motion graphic clips screened on the wall behind the makeshift stage that reflected on the water’s surface.

“The setting was great,” Schwarz continued. “The reverberations as well as the videos were just awesome. It was the site that made the music rather than us.”

The participants may be full of praise but there are still many things to improve about Moon Ride, said Peter Radkoff.

“It is with extraordinary tours de force that we bring the festival to life every year,” he stated. “We would need twice the budget to organise the event properly, which would be possible with more support from public sources. I have been told by prominent cultural managers from the neighbouring countries that they find Moon Ride a unique thing, and that not even Budapest can boast that kind of initiative. And yet we have been refused help. It reminds me of the old story of not being a prophet in one’s own land.”