OFFERING a new and unusual way of looking at the buildings we walk past and the objects we use every day was the principal objective of Design and Architecture Days (DAAD), the second edition of which took place in Bratislava between May 24 and 29. 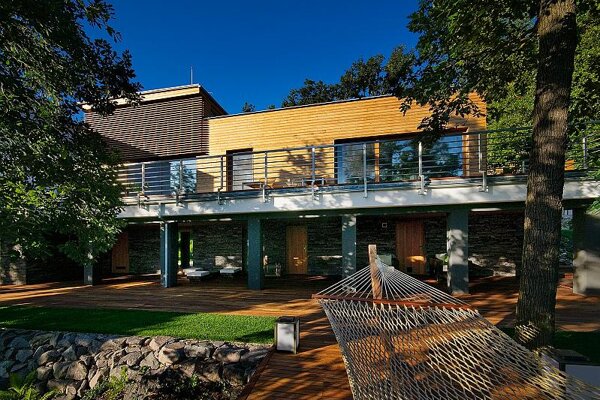 OFFERING a new and unusual way of looking at the buildings we walk past and the objects we use every day was the principal objective of Design and Architecture Days (DAAD), the second edition of which took place in Bratislava between May 24 and 29.

The festival – the only one of its kind in Slovakia – featured a programme of exhibitions, workshops, lectures, panel discussions, concerts and parties, each aimed at improving the public’s perception of architecture and design in all their forms.

“In Slovakia, these two terms have had rather negative connotations, principally because of the recent influx of developers and the numerous scandals related to construction and land sales that have been regularly hitting the headlines,” Tatiana Kollárová, architect and co-organiser of DAAD, told The Slovak Spectator.

“Slovaks tend to view architecture with indifference or ignore it altogether, not realising that it is our environment that is at stake,” she said. “Sometimes, I have the impression that people either do not know that change is possible or they simply do not care.”

Another reason for the creation of the first festival in 2010 was that even though similar events are relatively common in most major European cities, Slovakia had no such platform where architects and laypersons could exchange ideas.

“Our hope is that by exposing people to first-rate products and by involving them in a dialogue about quality in architecture, we will make them consciously seek beauty in their surroundings, which in turn will encourage authorities and developers to foster creativity,” said Kollárová.

To this end, Kollárová, Tarnócy and their colleague, architect Štefan Polakovič, decided to launch an event where academic classical design and architecture would intermingle with their more “profane” counterparts in order to attract the widest possible audience.

Thus, this year’s DAAD featured not only “serious” presentations showcasing works by some of the most renowned Slovak and foreign designers, but also workshops for children; not only a round table discussion about architecture developments in the capital with Bratislava’s mayor Milan Ftáčnik, but also after-hours parties where design talk was punctuated by rock music.

Since DAAD also serves as a platform for introducing new trends in architecture throughout Europe, several noted artists were invited to lecture and present their works at the festival. These included designer Eric Jourdan and architect Édouard François from France, Dutch architects Hanspeter Oester and Tanja Buijs, and Nasir Mazhar, a successful UK-based headgear designer who has created hats for such stars as Madonna and Lady Gaga.

In addition, a large screen was erected in the city centre, which presented the best of Slovak and foreign design all day during the entire festival. Well-known architecture houses such as LAN Architecture, ECDM or AMID.cero9 all gave presentations at DAAD.

“Our priority was to promote those examples of domestic architecture that are of excellent quality and bring them into juxtaposition with foreign ones, in order to prove that Slovakia does boast some beautiful buildings which enhance their setting in a pleasing, functional and logical way,” remarked Tarnócy.

Also, dozens of local design studios, furniture retailers and boutiques made their showrooms available to the public, turning Bratislava into one large exhibition space. Some companies even prepared their own side events, such as a workshop on how to create art out of empty cans.

“We are particularly glad that so many businesses joined in our efforts to educate people and incite them to look at the world through the eyes of an artist,” stated Kollárová, adding that this “domino effect” was exactly what she and her colleagues wanted to achieve.

“We do not want DAAD to be a one-off event that will be about us having fun for five days a year,” she told The Slovak Spectator. “We want it to leave behind a message that will remain, the message being that to be creative means to be human.”