Unveiling the forces of contemporary fiction

ONE OF Slovakia’s most renowned literary scholars, Zuzana Malinovská-Šalamonová, associate professor at Prešov University, has devoted her career to the cultures and literatures of French-speaking countries. Her study of contemporary French-language fiction, Puissances du romanesque (The Forces of Fiction), was recently published by Blaise Pascal University in Clermont-Ferrand, France, and was warmly received at the Frankfurt Book Fair. The Slovak Spectator talked with Malinovská-Šalamonová at the launch of her book in Bratislava. 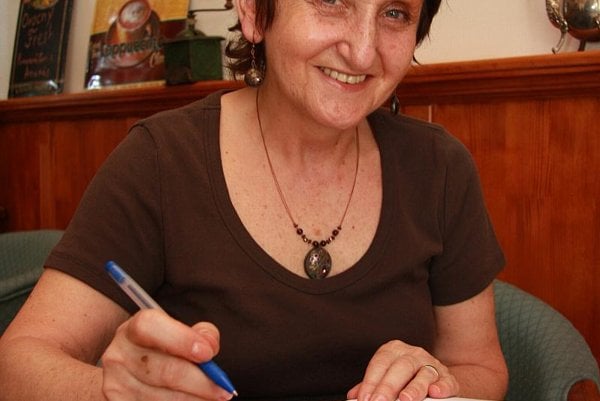 ONE OF Slovakia’s most renowned literary scholars, Zuzana Malinovská-Šalamonová, associate professor at Prešov University, has devoted her career to the cultures and literatures of French-speaking countries. Her study of contemporary French-language fiction, Puissances du romanesque (The Forces of Fiction), was recently published by Blaise Pascal University in Clermont-Ferrand, France, and was warmly received at the Frankfurt Book Fair. The Slovak Spectator talked with Malinovská-Šalamonová at the launch of her book in Bratislava.

The Slovak Spectator (TSS): Where does your passion for literature spring from?

Even as a child, I was a bookworm; my parents had to drag me away from books. My favourite pastime was lying on a deckchair in our garden, reading and eating – I actually almost became obese at that time. Among the first books I read were Aesop’s Fables and Balzac’s Droll Stories, which are full of passages that shouldn’t be read by kids, and I don’t have to explain to you that these were the ones I was most interested in. Yet when I was older, I didn’t immediately decide to study literature: I considered studying more practical matters, perhaps exact sciences. When I finally enrolled in university to study French and German, I knew from the start I would focus on literature, because language does not necessarily involve the study of literature, but literature necessarily involves the study of language.

TSS: Under communism Western languages were not emphasised. Was it difficult for you to pursue your activity after graduation?

Yes, indeed it was, but at the beginning, at least, I was lucky enough to have bosses who tolerated what I did, provided I remained silent. However, in the early 1980s, our French Language Department in Prešov – like many others – was dissolved literally overnight, because the authorities suddenly considered it useless to support products of the “decayed bourgeois morality” any longer. For teachers of German, it was slightly easier, because this was also the language of a communist country, but the teachers of the other Western languages were then experiencing difficult times. Therefore, I hesitated for a while to switch from French to German, which would have allowed me to stay in Prešov, but in the end I found a job as a French-language teacher and translator in Košice, my hometown, and didn’t return to Prešov until after the revolution.

TSS: Why have you remained so faithful to French culture?

When I was young, we used to speak three languages at home – Slovak, Hungarian and German. But I was always attracted to the freer spirit of Romance cultures, perhaps because it contrasted with German-like punctuality and precision. Today, however, I am glad I had the possibility to develop some sense for order and organisation so typical of Germanic nations, because it balances well with the relaxed French style. Still, I am not sure where I belong, since in spite of my inclination to the latter, my daughter would probably tell you I’m a terrible stickler for perfection.

TSS: How would you describe the current situation in Slovak academia?

University teaching implies scientific research. Unfortunately though, research today is more often more feigned than real. One of the problems is that teachers are evaluated according to criteria that do not correspond to reality. For example, we are required to contribute to professional journals, while no professional journal focusing on the theory of literature exists in Slovakia. Or else, we are required to have a certain number of external citations, but this is more difficult in some domains of research than in others, so many teachers try to get these citations artificially. What is worse, nobody is interested in quality – it is the quantity that is taken into account. But I guess this is a reflection of what is happening within our entire society.

TSS: At the launch of Puissances du romanesque you said there had been a sort of wrath behind your decision to write the book...

Yes, there was a strong feeling of wrath and discontent, because I’d heard many people asking me what the point is in reading literature and why we don’t teach something more useful. So I asked myself the same question. There is, of course, nothing very original about my enterprise; this debate has existed ever since people started writing. My aim, however, was to talk about literature using a lively language that could be understood by anybody, a student as well as a university professor, and – by choosing interesting authors – possibly encouraging even those who are not so enthusiastic about literature to start reading.

TSS: In your book you write that an ‘exterior point of view in literary criticism, like in anthropology, allows a critical perspective, but at the same time represents a risk’. In what ways is it an advantage and in what ways a disadvantage to analyse French literature from a distance?

The advantage is that I wasn’t emotionally involved: I didn’t have to be afraid that I’d offend someone, because I didn’t know most of these authors personally and they didn’t know me. I focused exclusively on the texts I analysed, and not on how they had been received by the readership or whether they had provoked a scandal after they came out. So I think this perspective enabled me not to be biased. The disadvantage is that it was much more difficult to obtain the necessary sources than it would have been if I had lived in France. And then there was this incredible loneliness and uncertainty – being almost the only one to deal with contemporary French fiction in Slovakia, there were very few people with whom I could discuss my findings.

TSS: One cannot but end this interview by asking you a question you have been asking yourself throughout your career: what is literature for?

Literature doesn’t change the world: that’s the role of science and technology. But literature changes your perspective of the world. Also, it evokes emotion; it makes you notice things you hadn’t noticed before; it makes the world a more beautiful place to live; and, last but not least, it instructs. If literature manages to do all this simultaneously and inconspicuously, then I think it justifies its existence.