MOBILE phones, especially their smart versions, are developing into highly sophisticated devices providing their users with a wide range of services. A mobile phone is already an irreplaceable tool for many people. Apart from making calls it serves as a personal assistant with a calendar and e-mail, a source of entertainment providing access to the internet, photos, music, video, social networks and serves as a travel guide and navigation system. But experts believe that the potential of intelligent mobile devices is much greater. 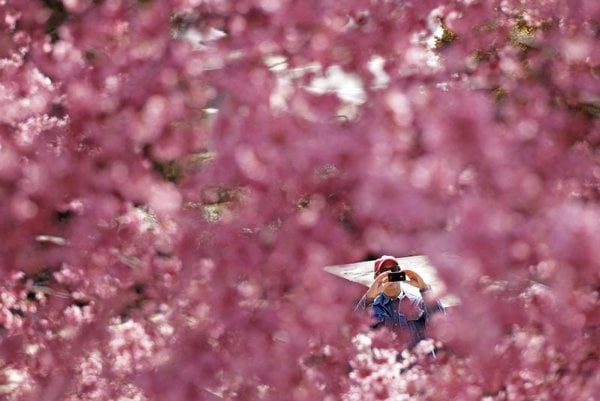 MOBILE phones, especially their smart versions, are developing into highly sophisticated devices providing their users with a wide range of services. A mobile phone is already an irreplaceable tool for many people. Apart from making calls it serves as a personal assistant with a calendar and e-mail, a source of entertainment providing access to the internet, photos, music, video, social networks and serves as a travel guide and navigation system. But experts believe that the potential of intelligent mobile devices is much greater.

“It will replace the computer, the wallet, credit and identification cards, and keys,” Roman Janota, the director of telecommunications and banking at Softec, a leading Slovak IT services company, told The Slovak Spectator. “It will monitor the biometric functions of its owner, forecast health risks and will call for help automatically. [Once questions] of security and battery durability are settled it will certainly become one of the most personal and universal ‘assistants’ of the human being.”

One of the areas in which the importance of mobile phones will increase is banking. Already smartphone banking has been recording vigorous growth, but it will still take some time before banks start using smartphone banking effectively.

Based on a study by Softec about the future of bank distribution channels in the Czech Republic and Slovakia, it will still take banks several years to begin using smartphone banking effectively in their communication with customers.

Janota thinks that reaching a state of effective usage of smartphone banking will depend on several factors.

“It will especially depend on the strategy of banks and the change in their approaches to clients,” Janota told The Slovak Spectator. “Primarily, banks need to be inventive and courageous enough to come up with new and non-traditional services that offer the client more convenience and flexibility. One factor positively affecting the market is the change in people’s behaviour – they are not afraid of trying new services and will change their bank if they get better services from another.”

Specifying what he means by effective usage of smartphone banking, Janota said that most current smartbanking applications are actually ‘re-painted internet banking’.

“Banks do not use the available functions, for example GPS localisation, which helps to find, apart from the nearest ATM machine, also the cheapest provider of services,” said Janota. “There is a camera able to read a barcode or QR code with the possibility of automatic creation of a payment order.”

According to Janota, contactless technologies will enable, as well as payments in shops, also ‘banking’ communication between devices, for example a transfer between the accounts of two persons with the help of mobile phones without the need to exchange account numbers.

“Thanks to innovation, not just tools enabling more convenient servicing of accounts, cards or loans will be added, but also functions to allow planning of personal finances, provide an overview of cash flows, or an analysis of loan opportunities,” said Janota. “Similar services already work in other countries, for example Japan or Scandinavian countries.”

Smartphone banking has been experiencing rapid evolution in the region. According to the Softec study, which was published in late March, many Czech and Slovak banks have launched such services in the last six months. Their mass introduction recalls the launch of internet banking, but Softec points out that a smartphone can do much more than a computer at home.

Banks perceive smartphone banking as offering a new and attractive way of banking.

“It offers clients an alternative to more conservative forms of usage of banking services,” Michal Grajcar, the head of electronic channels and payments at Slovenská Sporiteľňa, told The Slovak Spectator, adding that everyone will probably have a smartphone within a few years. “Integrated GPS and cameras enable banks to bring clients practical applications also with a banking content, for example a scanner, payments, accounts and many others which we are just developing.”

Slovenská Sporiteľňa currently offers its clients four banking applications which can be uploaded free from the Apple Store or Android Market, as well as a special version of internet banking optimised for all types of smartphones.

Grajcar said that Slovenská Sporiteľňa launched its first banking application for iPhones with functions facilitating and accelerating access to banking information in 2010. This also contains a locator for ATMs and Slovenská Sporiteľňa branches, showing their address, opening hours and phone number. The bank launched the Skener application last October, enabling clients to scan the barcode of a postal money order and settle it without the need to fill it in.

The direct bank mBank regards smartphone banking as an access path to its services. Matej Kubinec, spokesperson of mBank, told The Slovak Spectator that mBank launched a simplified version of its internet banking site designed for smartphones and tablets, IB Light, last September. One month later the bank added an application for mobile devices using the iOS operating system. The application for the Android operating system has been available since March. MBank clients can use their mobile phones to get information about their accounts, bank products and can send money to any account in Slovakia. While Kubinec said he did not have exact numbers about how many of the bank’s customers are using these applications, he said interest was very high.

Mobile phone operators Orange Slovensko and Slovak Telekom (ST) agree that the range of tasks that mobile phones can handle are increasing, and that with regards to mobile banking, NFC (near field communication) technology in particular, has potential. This is a set of standards for smartphones to establish radio communication with each other. Present and anticipated applications include contactless transactions, data exchange, and simplified setup of more complex communications.
Communication is also possible between an NFC device and an unpowered NFC chip, called a tag.

“In the near future it is possible to count especially on NFC technology and several advantages of mobile payments,” Michal Korec, corporate communication adviser at Slovak Telekom, told The Slovak Spectator. “The client will be able to set a profile on the phone and make a payment by placing the phone next to an NFC tag or use the phone to pay, as with contactless payment cards.”

According to Richard Fides of Orange Slovensko, a fast connection to the internet enables usage of remote access to data which are not stored on the phone, but on the internet or on a home PC.

The higher usage of mobile devices also means a potential security threat. To address this issue ST recently launched its Management of Mobile Devices solution, which enables companies to set up supervision and security of mobile devices, especially smartphones and tablets used by employees, according to Korec. This solution offers wide support of devices within the iOS, Android, BlackBerry or Windows Phone operating systems.

“Corporate clients can in this way apply their own security measures and have their data under control,” said Korec. “Employees will have at their disposal the company’s e-mail, calendar as well as address book, and can use their own devices.”

IT companies are also intensively working on bringing more solutions onto smartphones. For example Ness Slovensko, another IT services provider, is working on a solution which would bring the land cadastre onto mobile phones. According to Martin Basila, delivery director at Ness Slovensko, this solution may be complete within two years, providing existing legislation is revised to enable such an application and collection of the necessary data. Basila’s vision is that a person standing on a plot of land will be able, with the help of their mobile phone, to locate the plot, find out the average price of land in the vicinity, obtain the name of the current owner of the lot, discover whether the land is for sale and, if so, get contact data like a telephone number or e-mail.