In spite of the on-going economic crisis in Europe, Slovakia still shows potential for economic growth. Slovenské elektrárne is one of the key companies in the Slovak economy, not only because of its position on the electricity market, but also because of its contribution to the social and economic development of the country. From 2006 to 2011, the company contributed around €2.1 billion to the state budget through taxes, levies, contributions to the national nuclear fund and payments to state companies. 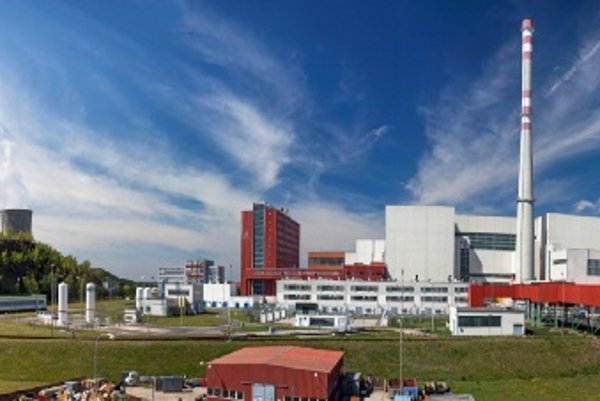 In spite of the on-going economic crisis in Europe, Slovakia still shows potential for economic growth. Slovenské elektrárne is one of the key companies in the Slovak economy, not only because of its position on the electricity market, but also because of its contribution to the social and economic development of the country. From 2006 to 2011, the company contributed around €2.1 billion to the state budget through taxes, levies, contributions to the national nuclear fund and payments to state companies.

Slovenské elektrárne contributes to the country’s economy thanks to its operation, as well as through its investments. Since its privatisation in 2006, the company invested more than €2 billion into the modernisation of the portfolio of thermal, nuclear, and hydro power plants. In 2011 alone, the investments of Slovenské elektrárne reached almost 5 percent of the overall generation of fixed capital in the Slovak economy.
Today, with the construction of units 3and 4of the Mochovce nuclear power plant, one of the biggest investments in the history of Slovakia made by a private company, each euro invested generates an increase of Slovakia’s gross national product of €2.36.*
Mochovce’s completion is definitely Slovenské elektrárne’s most significant project. With an overall investment exceeding €3 billion in total, it represents an important boost to the development of the country. The direct, indirect and induced benefits range from employment opportunities for the region, acquisition of important know-how and industrial skills to stable wages for those working on the project.

10,000 jobs
As a method for project delivery, Slovenské elektrárne chose a multi-contractor approach. Currently, alongside the globally recognised suppliers, there are more than 100 Slovak companies working at the construction site, one quarter of which come from regions with unemployment levels exceeding 13percent. Almost ten years after the completion of units 1and 2of the Mochovce power plant, the completion of units 3 and 4 has helped to significantly revitalise industrial infrastructure, creating around 10,000 new jobs. The hands-on experience of the Slovak companies and the transfer of innovative products and technologies incite further development of know-how and technological innovation in the country. The experience obtained by participating in the elaboration and upgrade of the units’ basic design, as well as providing engineering and project management services, will give the Slovak companies essential skills to participate in other nuclear projects in Europe and in the world. In addition, the current cooperation between the Slovak and Czech contractors can help to maximise the benefits and further value-added potential for the whole region, while improving market competitiveness.

Safety always comes first
The compliance with the highest standards and demanding requirements imposed on nuclear power plants have been verified within stringent European stress tests. The technological upgrades that have been done over the years on units 1 and 2, and also improvements to the basic design of units 3 and 4, allowed the whole Mochovce power plant, including the units under construction, to record positive results in those tests. “We decided to build units 3and 4with the aim of being the safest plants of their kind in the world. We already started working on this goal before Fukushima, implementing the reinforcement of seismic resistance, introducing severe accident management systems and adopting all safety actions that were validated by the stress tests’ evaluation committee,” said Paolo Ruzzini, CEO of Slovenské elektrárne, adding that this has influenced the budget and time schedule. “However, we do not make any compromises when it comes to safety.”
Following the results of extensive testing of nuclear power plants across Europe spurred by the disaster at Japan’s Fukushima nuclear power plant, Slovenské elektrárne implemented additional safety improvements to handle extreme and improbable scenarios, such as extensive damage of the entire existing infrastructure due to external events – heavy rain, earthquakes, floods, storms – or accidents with simultaneous impact on several units within the same location and extended loss of any internal or external power supply for the power plant.

Milestones
Since the beginning of the completion project, more than 18 million man-hours have been worked at the construction site, and several milestones have been reached so far. It is worth mentioning the completion of the assembly of the primary loop main circulation piping at the fourth unit of Mochovce NPP in December 2012, just a year after the completion of this system at the third unit and installation of all four steam turbines, which is the latest significant milestone that drew attention to the project. Unit 3is expected to be connected to the grid at the end of 2014, and unit 4the following year.
Another important milestone reached in 2012 was completion of the fresh nuclear fuel storage facility to be used for reception, handling, storage and inspection of fresh fuel assemblies prior to their shipment into the reactor core. The facility will serve both of the new Mochovce units.
It is also important to highlight the excellent results achieved in the Health & Safety area, confirming the high safety standards the company applies at the construction site.

High-tech for the public
SE is not only committed to the completion of the new nuclear units, as confirmed by the construction of the new Information and Training Centre in front of Mochovce NPP’s entrance. After completion, scheduled for December 2013, the centre will be equipped with state-of-the-art technology, making it one of the most advanced visitor centres in Europe.
The centre has the potential to become a popular attraction for scholars, students and also the general public from Slovakia and its neighbouring countries. It includes a fully interactive exhibition covering a wide range of energy-related matters, including the process of electricity generation, the impact of energy sources on climate change and environment, as well as important information on traditional and future energy sources.

Power Plant for the Country
After the commissioning of units 3 and 4, the Slovak economy will be able to rely on another significant source, which will strengthen the energy security of the country. The operation at the new units will also significantly increase the percentage of carbon-free electricity produced in the country. As of today, Slovenské elektrárne already generates 89 percent of electricity without emission of greenhouse gases, mainly from the nuclear units and hydro power plants.
In addition to the production of significant volumes of clean energy, the four units of the Mochovce power plant will also directly and indirectly contribute €1.1 billion to the economy’s annual gross domestic product. The contribution to the governmental budget will amount to €109 million per year, while the completion project will also help to create about 4,660 jobs, out of which there will be 600 highly-qualified jobs directly at the power plant. Today the construction of units three and four is an impulse boost for the development of a new regional infrastructure represented by housing construction, restaurants, shopping facilities and new businesses in the region. The region will also benefit from the project thanks to on-going sponsorship of various social, sports, cultural and educational activities offered on an annual basis by the power plant’s management. Together with the economic benefits, these are contributions of important value that cannot be articulated in any economic indicator. The Mochovce Nuclear Power Plant’s completion can thus be considered as a guarantee of long-term economic and social development for Slovakia.