Slovakia may get fourth mobile operator

THE FORTHCOMING auction of mobile telephone frequencies is probably the most anticipated event on the Slovak mobile market this year. Apart from raising millions of euros for the state, it may result in a fourth mobile operator entering the market and thus further increase competition. The Telecommunications Regulatory Authority (TÚ), the market regulator, plans to distribute licences by the end of the year. 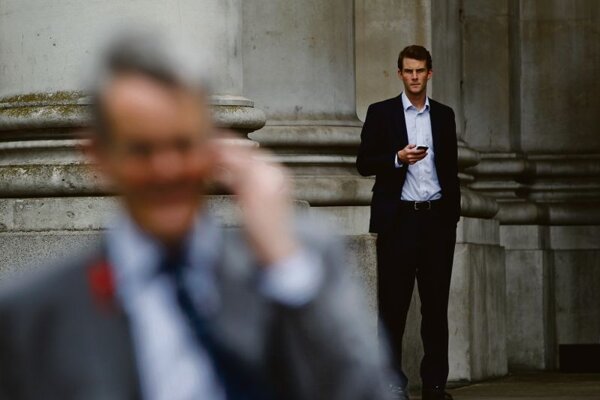 THE FORTHCOMING auction of mobile telephone frequencies is probably the most anticipated event on the Slovak mobile market this year. Apart from raising millions of euros for the state, it may result in a fourth mobile operator entering the market and thus further increase competition. The Telecommunications Regulatory Authority (TÚ), the market regulator, plans to distribute licences by the end of the year.

“Some foreign [consultancy] companies, which have companies interested in entering the Slovak mobile market, have contacted the TÚ,” Roman Vavro, its spokesperson, told The Slovak Spectator. “The preliminary interest is not only in frequencies in the 800 MHz and 2,600 MHz bands, but also in frequencies in the 1,800 MHz band, which are reserved for applicants without such frequencies allocated so far in Slovakia [i.e. those interested in becoming the fourth mobile operator]. “For strategic reasons these companies have not publicly confirmed their interest so far.”

“The task of the adviser will be, among others, to work out a proposal for suitable variants of the electronic auction, including the setting of the auction price for individual categories of frequency blocks,” Vavro told The Slovak Spectator. “The TÚ, in cooperation with the adviser, is finalising the text of the material, which it will submit for public consultation.”

“How many permissions the TÚ issues will depend on the interest of operators, i.e. the results of the electronic auction,” said Vavro.

All the current mobile operators will decide whether to participate in the auction only after the final conditions are announced. 4G, which allows for improved transmission speeds compared to the current 3G network, allows users to download large e-mail attachments quickly, watch live television without buffering, make high-quality video calls and play live games on the go, among other things. It may also be an option for customers whose choice of fixed-line internet access is currently limited.

“Orange Slovensko is interested in providing services via a fourth-generation network,” Alexandra Piskunová, spokesperson for Orange Slovensko, told The Slovak Spectator. “Whether we will participate depends on the conditions, which are not yet known.”

Telefónica Slovakia, the country’s smallest mobile operator, which provides mobile services under the O2 brand, is interested in participating in the auction. It is pushing for a fair, transparent and non-discriminatory process in order that all players have the same conditions for operating on the market, its spokesperson Martina Jamrichová told The Slovak Spectator.

Assessing the possible arrival of a fourth operator, Slovak Telekom points to what it says is the current saturation of the market.

“From our point of view there is only a very small space on the market for a fourth operator,”

Slovak Telekom spokesperson Martin Vidan told The Slovak Spectator. “The market is fully saturated and penetration has reached 117 percent. If the new player has to invest tens or even hundreds of millions of euros into the launch of the business, the return on such an investment will be very slow. Moreover, the new player will arrive in the market at a time of constantly decreasing revenues in the telecommunications sector, a regulated environment, as well as price erosion.”

The revenues of Slovak Telekom as well as Orange Slovensko have been decreasing recently: by 6.7 percent and 8.3 percent respectively during 2012, according to the Hospodárske Noviny daily. Only the most recent market entrant, Telefónica Slovakia, is still reporting an upward trend in its revenues, although these are still less than half the revenues of either of its two rivals.

Mobile operators ascribe the decline in revenues to regulation at the national as well as the European level and the economic crisis, but are hopeful that investment in new services will increase them.

“Various Asian companies are currently very keen to also get into Europe,” Filip Hanker from mobilmania, a website dedicated to mobile telephony, told public-service broadcaster Slovak Television in late January. “Also, these [companies] may be interested in these frequencies, so I expect that interest will be very high.”

On the other hand, Martin Korec from Telecom Consulting group pointed to the high penetration of mobile services in Slovakia and said that he does not see any room for dramatic growth. Speaking to Slovak Television, the fourth operator might choose to focus on data services.

Among the companies reported to be interested in becoming the fourth mobile operator in Slovakia are Towercom, PPF Group, GTS Slovakia, Vietnam’s Viettel or Japan’s NTT DoCoMo.