Slovak stay in the same job for less than four years on average, but amid changing work habits this still makes them among central Europe's most loyal employees. 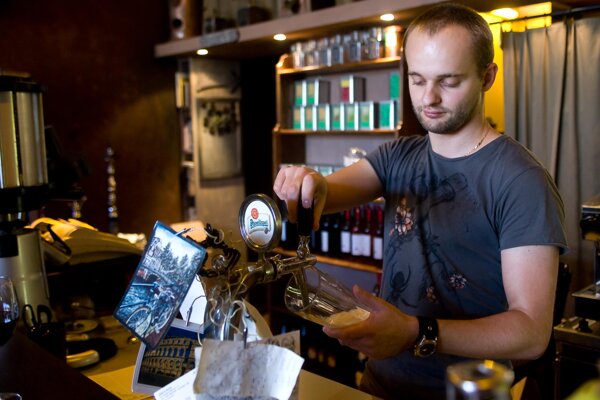 Young Slovak men with higher education change jobs most often. The older people become the less likely they are to change jobs, Profesia.sk reported in September 2014 after analysing the job seekers posted on the site.

People with only basic education generally work  in just two jobs for their entire life. Those with university-level education have on average 3.3 jobs. People who are younger than 24 have already been at 1.8 job positions on average.

“People gain most job experiences within their first 34 years,” Profesia.sk wrote. “Later, they are cautious and change jobs rarely.”

On the other hand, 64 percent of working Slovaks, which is around 1.3 million people, are loyal to their employer for more than five years, the Nový Čas daily reported.

For employers, losing employees frequently increases costs as they have to seek out and educate new people. Moreover, many times the first replacement does not work out, according to Business Alliance of Slovakia (PAS) executive director Róbert Kičina.

“This is, however, a natural process which firms all around the world live with,” Kičina said.

There is a generational element to young people’s frequent job changes, says Mario Fondati of Amrop executive search firm. People born between the early 1980s and the early 2000s  – so-called Generation Y, or Millennials – have weaker ties to their employers and colleagues.

“Representatives of this generation don’t want to only work but they want to enjoy life and use as many opportunities to learn as they can get,” Fondati said. “They don’t see changes in a negative context, but as opportunity to move forward.”

Slovak legislation creates space for chaining of short-term contracts which makes it easy to sack employees and some sectors like public administration, culture or NGOs use mostly short-term contracts, according to Zuzana Kusá, a sociologist with the Slovak Academy of Sciences.

“It could be presumed that many educated young people live from project to project,” Kusá said, “which could even be a lucrative living.”

People who work as telemarketers, pizza makers, au-pairs, insurance or financial agents generally leave their jobs in less than two years. The job with least loyal employees is call centre operator. In general, people do this job for 15 months.

Veronika Ludrovská, a 23-year-old student from Bratislava, worked in a call centre for two years. She says that people leave the job because it is psychologically demanding and it is often difficult to meet the supervisor’s expectations.

“Nobody likes it,” Ludrovská said. “Neither the people who do it, nor those who are irritated by the phone calls.” On the other hand, there are jobs where people work for more than 10 years. Customs officers, for example, average 12.3 years on the job. Train engineers and station dispatchers both average 12 years at the job.

The trend of changing jobs will continue and time spent in one job will get shorter on average, as technical innovations reduce the demand for workers. Another reason is personal ambitions of employees with higher education, according to Miriam Špániková, spokeswoman for the Federation of Employers’ Associations (AZZZ). According to Kusá, the number of jobs connected with projects will increase as well as short-term job positions which are many times funded by the EU. Moreover, in the industrial sector, firms are not showing that they are firmly based in Slovakia and want to protect the jobs they offer.

Kičina pointed out that employee turnover actually increases during good economic times, as the risk of remaining unemployed decreases. On the other hand, when the economy struggles people are more likely to keep the job they have.

Tibor Gregor, the director of Klub 500, comprised of the biggest employers in Slovakia, says many of the club’s members defy the overall trends. Many employees stay with the same firms for more than 10 years, some for life, he added.

“Only members of parliament, government and state officers are changing every four years based on elections results,” Gregor said.