AROUND 400 employees of carmaker PSA Peugeot Citroen Slovakia took part in a June 19 protest calling on the company to increase salaries. 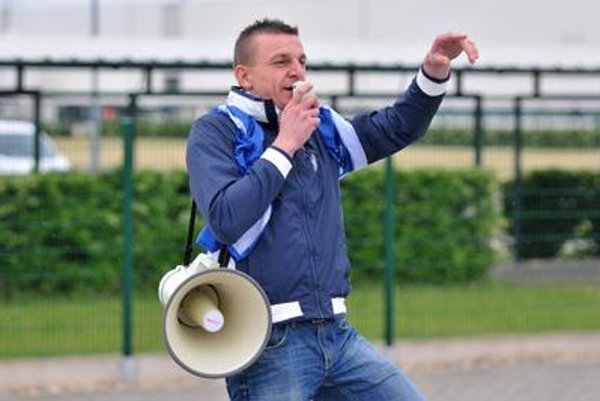 The protest was the last warning before an all-out strike would be announced, according to local trade union chief Milan Minarech .

“We want to show the employer that we’re determined enough, and that it should take our justified claims seriously,” said Minarech, according to the TASR newswire.

Some of the protesters were blowing whistles, others were flying flags of the KOVO metallurgy trade union, while the leaders were stating through a megaphone that the staff at PSA in Trnava has the lowest average salaries from among all carmakers in Slovakia (others being Volkswagen in Bratislava and Kia near Žilina). They complained that the car division of the concern reached an operational income of €63 million in 2014, while PSA as such recorded the operational profit of as much as €905 million.

“The carmaker was in a difficult situation two years ago, so we agreed with freezing our salaries for 2013 and 2014,” Minarech said. “Now we want what we’re entitled to, however. We cannot tolerate any further slump of our real salaries and a growing labour burden related to a continuous production optimisation and rising production pace.” Minarech added that salaries make up only 11 percent of the plant’s budget.