Fico: Countries on outer Schengen border should protect it properly

SLOVAKIA will not give in, nor will it accept criticism from certain political leaders from western Europe who do not like the approach of eastern European countries towards the migration issue, announced Prime Minister Robert Fico at a press conference following an extraordinary meeting of Slovakia’s Security Council on August 30. 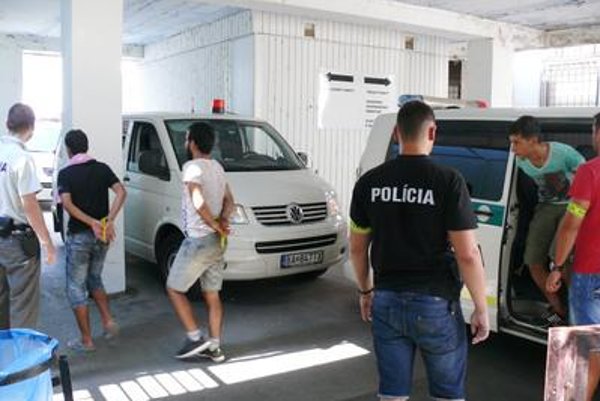 “If we do not start telling the truth about migration, we will never move from this spot,” said Fico as cited by the TASR newswire, adding that he finds it difficult to accept criticism from countries that did not agree with Romania’s and Bulgaria’s accession to the Schengen area.

As was decided at the Security Council meeting, the Government is to adopt a resolution on September 2 on its stance for further expected European negotiations.

By the end of the week a summit of the prime ministers of the Visegrad Four (the Czech Republic, Hungary, Poland and Slovakia) will be held.

Fico reiterated that Slovakia rejects the introduction of mandatory quotas for distributing migrants among individual EU countries. He stated that Slovakia is ready to help people whose lives and health are in danger, however.

“But we won’t assist in this folly with arms opened wide with the notion that we’ll accept them all regardless of whether they’re economic migrants or not,” stressed Fico, adding that economic migrants should be returned to their countries of origin. He estimated that they could make up as much as 95 percent of all asylum seekers. At the same time Fico criticised current EU immigration policies that “incite [organised crime] to continue in activities related to people smuggling”.

The Slovak PM also called on EU countries on the external Schengen border to carry out their duties properly and not open the borders to everybody. According to Fico, the government wants to be “very active” when it comes to providing a voluntary contribution towards resolving the immigration issue at the EU level.

“We’re ready to cooperate at the level of the police corps when it comes to the protection of the internal Schengen area,” said Fico. “We want to press countries on the external Schengen border to carry out their duties properly and not open the borders to everybody.”

A summit of the prime ministers of the Visegrad Four should take place in Prague later this week to discuss immigration. There are two possible dates for the meeting at the moment - Friday or Sunday, September 4 or 6. Slovak Foreign and European Affairs Minister Miroslav Lajčák earlier in the day discussed the issue with his Hungarian and Czech counterparts, Péter Szijjártó and Lubomír Zaorálek, respectively.

In the meantime, 26 migrants, including one child, were detained at the Slovak-Hungarian border crossing of Čunovo-Rajka.

“The foreigners were of Iraqi and Syrian nationality,” Martin Waldl of the Police Corps Presidium communication and prevention department stated on the same day.

They were being transported by two Serbian drivers in two vehicles. Čunovo is part of Bratislava and the group is now at the Foreign and Border Police Directorate, where the required procedural steps are being taken.

“No more information can be provided for now,” said Waldl.