US FILM studio The Weinstein Company finished filming on location in Slovakia for the second season of the television series Marco Polo in the Súľovské skaly mountains in Bytča district (Žilina Region) on September 9. 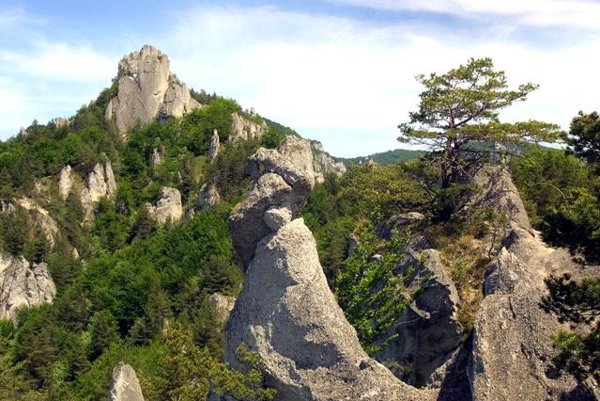 “The second season was shot in Hungary, Slovakia and Malaysia,” said Slovak producer Dalibor Vašica, as quoted by the TASR newswire. “Eight weeks in Hungary, three weeks in Slovakia, ten weeks in Malaysia. It involves around 500-550 foreign and 100-150 Slovak crew members.”

The filmmakers began shooting in the High Tatras at Sliezsky Dom mountain chalet, then moved to the Slovenský Raj National Park, and finally to the Súľovské skaly mountains, Vašica continued. They have not used only Slovak locations, but also Slovak construction, transportation and catering services and have stayed in more than 20 Slovak hotels.

The mountain chain of the High Tatras was arranged to resemble the Mongolian countryside.

“The story of the series takes place in Mongolia, and thus, everything in the Tatras must look like it is in Mongolia,” one of the cameramen, Frenchman David Foquin, told the SITA newswire. He added that the film crew did not have to change the environment very much, as the region of the Tatras resembles, in a way, the zone of coniferous forests of the Siberian taiga, to which Mongolia stretches.

They tried to leave the scene as it is in reality, but sometimes they had to adjust it a bit so that it looked more like Mongolia, another cameraman, Steve de Rocco, said. He added that shooting in Slovakia was easier than, for example, in Kazakhstan, where the first season was made. Kazakhstan was much more demanding, especially regarding logistics. According to Foquin, they spent a lot of time travelling and moving around in Kazakhstan, as the distances are much greater than in Slovakia.

Some scenes also included wolves, which had already been used in Hungary. They were not a danger to people, however, as everything was under control and the shooting took place in a closed complex, Rocco explained.

Filmmakers were working for 12 hours a day, as shooting lasted only for a short time at the end of August. The hiking trails to and from Velická dolina valley were limited due to filming. Cameramen were surprised by the high temperatures in the mountains, but they evaluated the cooperation with Slovaks positively.

In the Súľovské skaly mountains, the scenes that were shot are also supposed to be located in Mongolia and China. The case includes people of about 20 nationalities from all over the world, including New Zealand, Australia, Kazakhstan, China and Mongolia.

“The second season will feature 10 episodes,” said Vašica, as quoted by TASR.

Over the course of filming, the studio has invested more than €2.1 million in Slovakia. T hanks to this, it can apply for a subsidy through the Slovak Audio-visual Fund, Popradský Korzár  wrote.

US filmmakers did not just use Slovak localities but also Slovak construction and transport companies, catering services, and more than 22 Slovak hotels. They may be aided financially thanks to the amendment to the law on the Audio-visual Fund, which enables the fund to render a retrospective subsidy of 20 percent to those film projects whose budget of justified expenses spent in Slovakia amounts to at least two million euros – mostly feature, documentary and animated audio-visual works meant for distribution to cinemas or TV broadcasting. 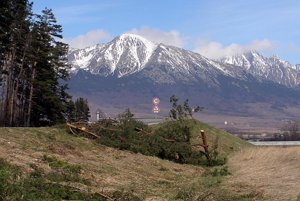