BUS lines, including improving old ones and creating completely new ones, should help connect the border regions of Slovakia and Austria, as well as improve the availability of the Vienna airport for Slovak cities other than the capital. 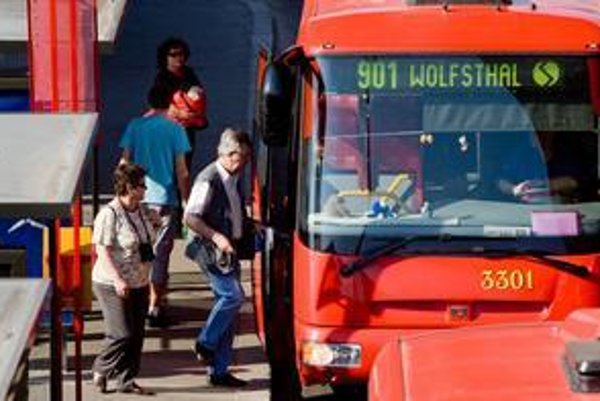 Companies Arriva and Slovak Lines created a joint service for the bus connection from the city of Nitra to Bratislava and Vienna, so that more passengers can get to the Austrian capital, or the Schwechat airport, from other parts of Slovakia.

The RegioJet transport company is waiting to obtain a license for an international bus line between Bratislava and Vienna, expecting to get it in October. Currently, two regular bus lines service the route Bratislava-Vienna and back: Blaguss Slovakia (28 lines a day) and Austrian ÖBB-Postbus (46 lines a day).

The connection between Slovak and Austrian border municipalities should also be improved soon. Mayors of villages and towns in the border region Burgenland negotiated with Bratislava councillors and officials about the possibilities. The first priority option is to improve the current bus lines No 901 and 801, now connecting the Slovak capital with the Lower-Austrian municipalities of Wolfsthal and Hainburg (901) and the Hungarian village of Rajka (801). In the future – from 2018 – line 901 could also drive to some municipalities in the nearby federal state of Burgenland; while 801 could be routed in the future to service also the Austrian villages of Kittsee and Edelstal. However, the details must still be fine-tuned, mayors announced for the TASR newswrire after the joint meeting at the end of September.