MILITARY premises in the Bratislava borough of Vajnory which will accommodate the newly set up NATO Force Integration Unit (NFIU) from September 2016 will be reconstructed. At its session on January 20, the cabinet approved the announcement of a public procurement process for their reconstruction. 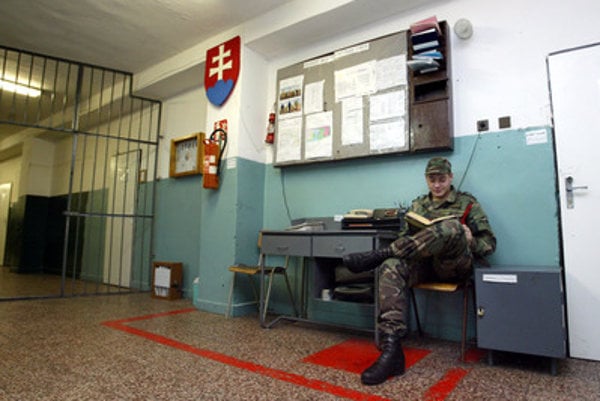 The Slovak army used to have a garrison in Vajnory. (Source: Sme )
Font size:A-|A+

The work on the currently vacant administrative building and its surroundings is likely to cost around €4.081 million. Part of this will be funded by NATO resources (under the NATO Security Investment Programme), and part by the Defence Ministry. The NFIU’s presence in Slovakia was approved by NATO defence ministers in Brussels on October 8 2015 and approved by the cabinet at its session on October 28.

The aim of the reconstruction is to create appropriate working, technical, hygiene and security conditions for the staff. The premises must also be in line with NATO’s technology and security standards. Installation of the Alliance’s information and communication systems as well as national computer systems will also be required.

The NFIU will be made up of 41 personnel, including 21 members of the Slovak Armed Forces. Interest in sending soldiers to Slovakia has so far been shown by the Czech Republic, the United States, Germany, Hungary, Poland, Turkey and Romania, the TASR newswire wrote.

The main aim of the NFIU is to boost the deployment readiness and capabilities of NATO’s rapid reaction forces. The NFIU should reach its initial operational capacity by July 2016, when the Warsaw summit is due to be held, and full operational capacity by the end of 2016. The expenditure will be covered by the budgets of the Slovak Defence Ministry and NATO.

In times of peace, the NFIU will support planning activities and supervise preparations for and coordination and provision of smooth admission for NATO coalition armies if they are deployed to Slovakia. They will also be responsible for coordinating exercises involving NATO and the Slovak Armed Forces.