Final call now in the hands of the government. 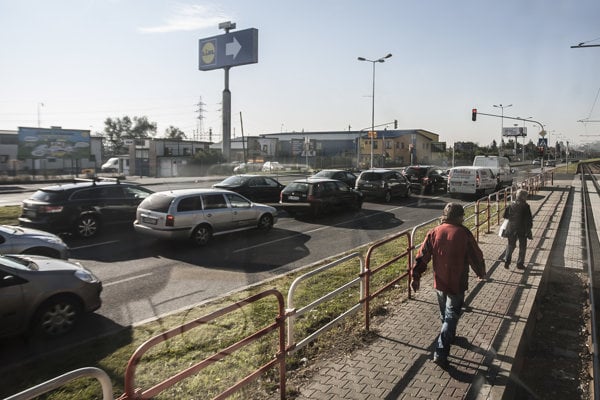 JUST one month before the parliamentary elections Prime Minister Robert Fico’s cabinet will decide about the Bratislava ring road project, with the price tag exceeding €1 billion. Though there are few doubts the transport situation in Bratislava is urgent, some experts are calling for more time to assess individual offers from the tender participants as well as the possibility to finance the project from the state budget instead of the now preferred public-private partnership (PPP) scheme.

The Construction and Regional Development Ministry confirmed on February 2 that a consortium led by Spanish firm Cintra has arrived with the best bid in the tender to design, build, finance, operate and maintain the highway project – also referred to as the Bratislava bypass – within a PPP project.

“The cabinet, which should approve the draft of the concession agreement, will have the final word,” Viktor Stromček, state secretary of the Construction Ministry, said when confirming the winner of the tender on February 2. “And I do not see any reason for postponing this project until after the elections.”

While unsuccessful participants of the tender may still file complaints and thus postpone the start of construction work, now it is the Finance Ministry and cabinet that have the final say while the latter may green light the concession agreement before parliamentary elections scheduled for March 5.

This is significantly below the state’s original estimate ranking from €135 to €151 million in annual instalments or from €4.05 billion to €4.53 billion as a total price.

Stromček ascribed the low price that the tender generated to aggressive competition of construction companies and favourable conditions on the financial market.

The INEKO think tank sees four main reasons behind the lower than expected price. Apart from the better conditions of financing also reduction of the parameters of the project when instead of six lanes projected for some parts of the ring road four should be built, significantly lower expected transport intensity on D4 and R7 roads and excessive construction costs in the state’s estimate, the SITA newswire wrote.

In total nine consortiums were interested in the tender announced one year ago, while four of them submitted final bids.

Stromček estimates that construction of the ring road might be launched this spring and completed by 2020. The consortium led by Cintra promises to build the ring road in 51 months.

While the Construction Ministry has promised to gradually publish documents related to the ring road and the tender on the internet, the cabinet should also assess advantageousness of the ring road to be built within a PPP project or financed directly from the state budget. Only afterwards can it make a final decision.

The opposition is calling for more time to evaluate the project.

“If Robert Fico has nothing to hide in case of the Bratislava ring road project, he should create a sufficient time and space for expert evaluation of the way of construction but especially financing of the D4 and R7 project,” said Pavol Zajac of the Christian Democratic Movement (KDH) as cited by SITA.

He points out that even though the tendered price is almost one-third of the state’s estimate, the technical solutions and parameters of the ring road have fundamentally changed but have not been made public yet.

On the other hand, Árpád Érsek from the opposition Most-Híd insists that construction of the ring road should start as soon as possible pointing out the desperate situation on local roads and that the tender has generated a very advantageous price for the state.

“The situation on the road I/63 has been unbearable for a long period of time and people commuting to Bratislava from southern Slovakia have been losing hours every day,” Érsek wrote in the Most-Híd memo. 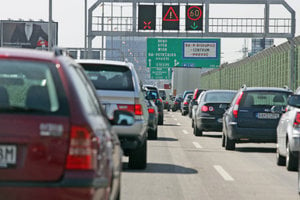 The ring road should relieve the heavy traffic on roads leading to Bratislava, especially from the direction of Dunajská Streda, as well as divert transiting transport outside Bratislava. But there are some voices including the INEKO think tank claiming that the project would be not so helpful and would reduce the traffic intensity less than the Construction Ministry claims. The current project that includes also building a 3 km long bridge over the Danube River, which would be the longest in Slovakia, does not complete the ring road which would still need a 9 km long tunnel under the Small Carpathian mountains.

So far there was only one highway PPP project completed in Slovakia. The Granvia company built a dual carriageway R1 Pribina between Nitra and Tekovské Nemce and the northern bypass around Banská Bystrica within a concession agreement, with the contractor obliged to provide financing, design, construction and 30 years of operation and maintenance for about 52 km of road. The annual instalment is €125 million, thus the state should pay it a total €3.75 billion over 30 years.

Originally there were two additional PPP projects to complete the D1 cross-country highway, but these were cancelled and their stretches are being built gradually rather than all at once.