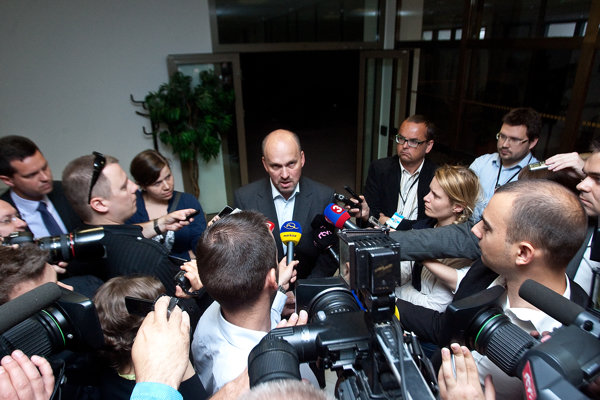 The Special Prosecutor’s Office submitted a lawsuit against him for endangering confidential information on January 1, 2016, its spokesperson Jana Tökölyová confirmed for the Aktuality.sk website.

Mikulec says he has not received any official document yet.

“I only received this basic information; I do not know details,” Mikulec told the website.

Mikulec faces charges as the confidential documents were found in his car in June 2013. They found the documents in printed form and also on SD card. While the investigators say he was collecting confidential information, Mikulec has another explanation. When the patrol stopped him, one of the investigators put on rubber gloves and started searching. He found a bag in the back seat, but when he put his hand there, he found nothing. Only during his second attempt he found the SD card. Moreover, there was a hole in one of his gloves, Mikulec said in the past, as reported by Aktuality.sk.

Mikulec led VSS during the Iveta Radičová government (2010-2012). Under his management the investigation of suspicions of embezzling VSS property during the rule of first Robert Fico government (2006-2010) started. The case was brought to light by then-deputy of Mikulec, Vladimír Suchodolinský. He also said he authored the report on embezzlement at VSS, Aktuality.sk wrote. Suchodolinský died in October 2015.

Mikulec has already succeeded before the court in January 2015, Aktuality.sk wrote.