Free guided tours to be introduced in 10 towns

GUIDES will provide free tours to residents of 10 Slovak towns and cities on February 19-21. 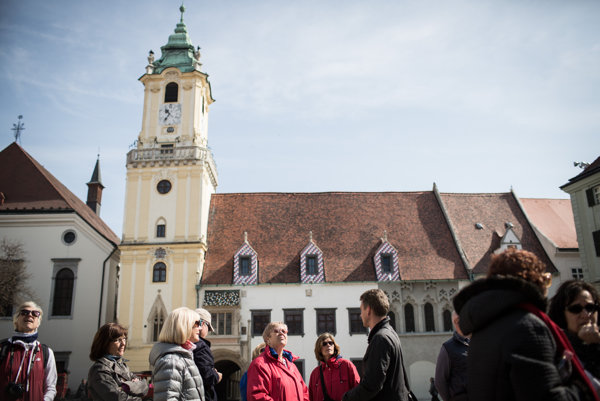 The event is taking place to mark the 13th International Tourist Guide Day, which is set for February 21. In this way guides attempt to pay off their debts towards the locals at least once a year, the TASR newswire reported.

The main group of weekend tours will start on February 20, while Liptovský Mikuláš residents can go on a new tour of the town centre on February 19.

In Bratislava, the guided tour in English starts on February 20 at 14:00 from plague column on Rybné námestie square. Košice offers two guided tours in English on February 20, at 10:00 and 13:00. The tour starts from the Košice Visitor Centre on Hlavná 59.

“Guides spend most of their working time with foreign visitors or tourists, as if they were forgetting about the residents of towns and the people working in them,” said Marián Bilačič, chairman of the Slovak Association of Tourist Guides, as quoted by TASR. “They’ll provide their services free of charge to anyone who arrives at a set place at a set time. We also want to present the work of qualified tourist guides in this way.”

The association’s role is to present the cultural heritage of Slovakia and its natural beauties. It also brings together individuals involved in the tourism industry, as reported by TASR.

Last year, the event took place in 50 countries. In Slovakia, it started in 2004 with guided tours in four cities: Banská Bystrica, Bratislava, Martin and Prešov. The event was attended by 423 people at that time, but the number grew to 2,658 last year. A total of 631 guides and 19,608 locals have taken part in the free tours over a period of 12 years.