THE CITY of Bratislava has commenced with cutting down the old and ill trees on Františkánske Square. 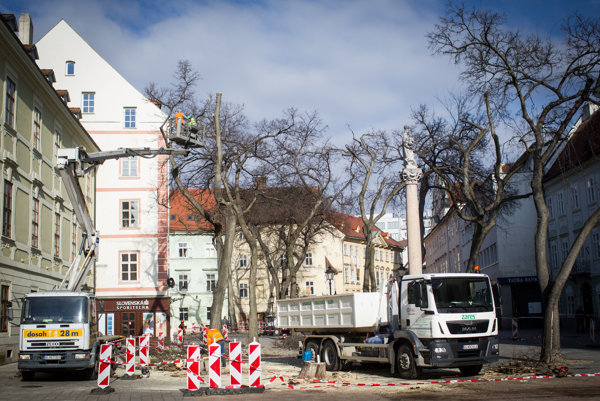 In place of them it will plant 10 new Chanticleer Pear trees. It will also cut down trees on the Main Square and replace them with four new lime trees. They will be planted via the “Bratislava prepares for climate change” project, for which it received money from the Norwegian funds, the SITA newswire reported.

“Regarding the health and examination of the existing trees, the new planting is necessary as in the past one of them was uprooted,” Katarína Prostejovská of the Bratislava municipal authority said, as quoted by SITA, adding that following this incident the city ordered the survey of all trees planted there. “The interest of the capital is the revitalisation of the square with the aim to plant new trees.” 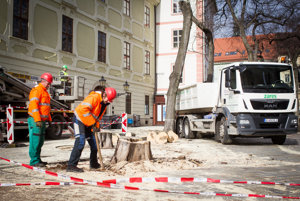 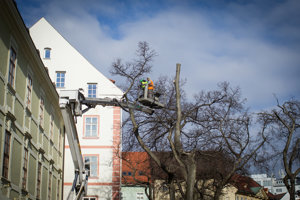 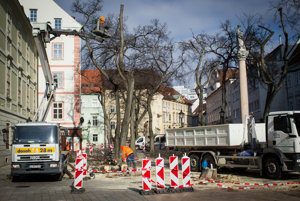 Cutting down the old trees in Bratislava (4 photos)

The planting will start as soon as the archaeological survey of the squares is completed. The survey, which started on March 3, was ordered based on the law as both squares are part of the monument zone in Bratislava.

“The survey will take about a month,” Ivo Štassel of the City Office of Monuments Protection told SITA. “We expect to find remains of the old canal system and some small ceramics.”