People rallied in protest against Kotleba 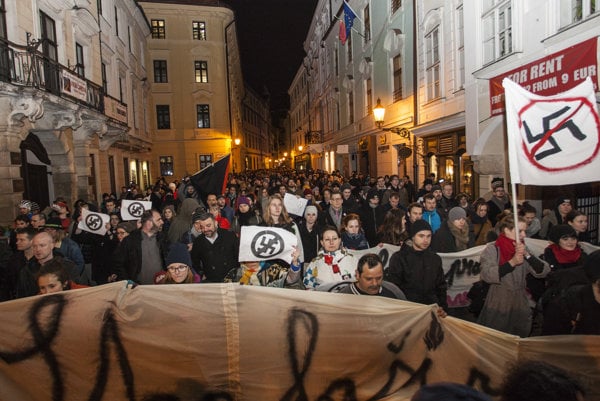 Up to 2,000 people marched silently through Bratislava in response to the election result of the extreme right People’s Party-Our Slovakia (ĽSNS), chaired by Marian Kotleba, governor of the Banská Bystrica Region. It received 8.04 percent of votes earning it 14 seats in the 150-member parliament.

“We want to show in this way that there are people in Slovakia who will always stand up against fascism and will defend the ideas of European humanism,” one of organisers of the march Róbert Mihály from the initiative Bratislava without Nazis as cited by the SITA newswire.

The event, called Anti-Fascist Mobilisation – You Can Never Pass! was an ad hoc spontaneous event that arose as an instant response to the election results, Eva Riečanská, one of organisers of the event told the TASR newswire.

When explaining why they are protesting she recalled that Hitler rose to power in the 1930s in a democratic way, while the following development ended in the total dismantling of democracy.

The protest march, which led from the SNP Square via the historical centre back to the SNP square where its participants lit candles, was attended by people of all ages but mostly young people. Many protesters held anti-Kotleba banners and banners with crossed swastikas. 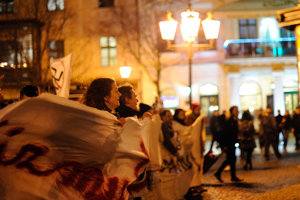 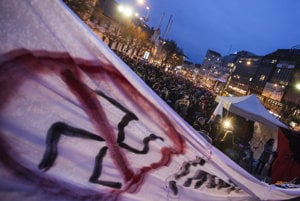 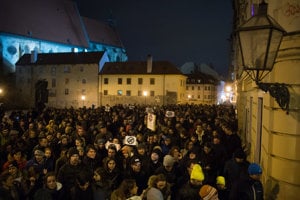 Another protest took place in Banská Bystrica, where Kotleba is governor. More than 200 people holding candles gathered in the downtown to protest against the election result of ĽSNS. Some of the protesters were holding banners, for example with the following inscriptions: “Banská Bystrica is mot ultra-right”, “Let’s not allow history to be repeated”, and “Goodbye common sense”. Others had banners with crossed swastikas.

“We do not agree with a party featuring fascists among its members to be a legitimate part of the national parliament,” said protest organiser Dorota Martinčová from civil platform Not in Our City as cited by TASR.