Marijuana is the most popular drug in Slovakia

While also ecstasy is growing in popularity in Europe, its use in Slovakia is still low. 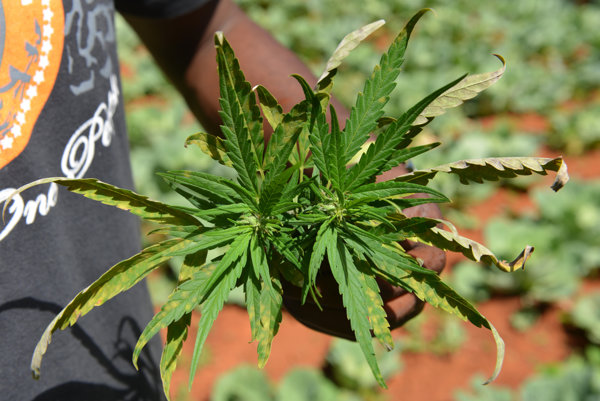 Young Slovaks find marijuana appealing, with approximately 40 percent of respondents aged 15-24 experimenting with the drug last year, according to a European school survey on alcohol and drugs carried out on a sample of 10,000 students.

Some young people do not use marijuana just occasionally, but smoke it on a daily basis, Imrich Šteliar of the National Monitoring Centre for Drugs (NMCD) said at a press conference in Bratislava on May 31. Cannabis is the only illegal drug that sees long-term growing popularity, mostly on the account of being cheap, easily accessible and the fact that people long for unusual experiences, he added, as reported by the TASR newswire.

Marijuana represents the most popular drug in Slovakia, accessible to users in rural settings, towns and cities and festivals. However, also growing is the number of people seeking treatment due to cannabis-related problems: there were 500 patients treated in 2015 with an average age of 25. The figure is almost equal to the number of people treated for heroin addiction.

“The demand for cannabis is also high in Europe,” said Claudia Costa Storti of the European Monitoring Centre for Drugs and Drug Addiction, who came to present the survey results to Slovakia, as quoted by TASR.

Another drug growing in popularity in the 15-34 age category in Europe is ecstasy.

“It’s no longer the exclusive domain of dance clubs and parties,” warned Storti, as quoted by TASR, adding that some European cities have seen a rapid rise in the number of ecstasy users.

However, Šteliar believes that is not the trend in Slovakia, citing samples collected from communal waste waters. Although the consumption of ecstasy has grown slightly in Slovakia, its concentration in comparison to other European cities remains rather low, with the drug used usually at dance clubs and festivals. Out of 8,000 respondents, some 3.5 percent admitted to using the drug, which amounts to a growth of approximately 1 percent compared to previous statistics.