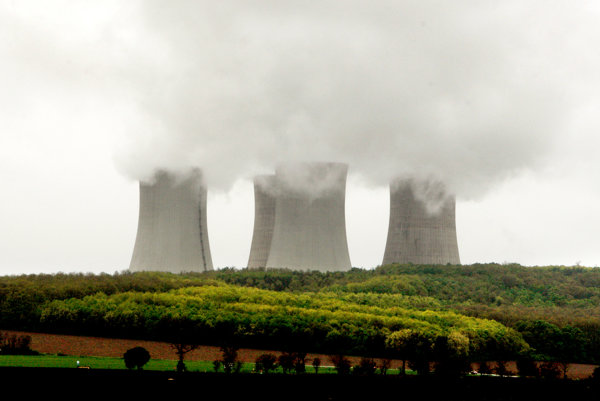 At the moment the third block of the Mochovce nuclear power plant of Slovenské Elektrárne (SE) is 92 percent complete. While staff are finishing the installation of equipment, individual systems are ready to be launched, project head John Clark said on May 31 as cited by the TASR newswire. He was speaking during the visit of William D. Magwood, Director-General of the OECD’s Nuclear Energy Agency (NEA).

At the same time the fourth block is 74 percent complete, being one year behind the third, said Clark, who is taking over the project after a five-year term as vice-president and operational director of Enel’s Russian branch.

Economy Minister Peter Žiga indicated that the construction of the third and fourth blocks might be more expensive than previously thought. SE hinted on May 24 that the current budget of €4.6 billion will probably have to be increased due to certain safety measures. Meanwhile, both the state and SE have agreed on gathering an expert team to draw up an analysis into the completion schedule and budget.

Magwood, for his part, praised the safety measures adopted at Mochovce, saying that they were some of the best he had seen.

The state currently owns a 34-percent stake in SE, while the rest belongs to Enel. Meanwhile, the Italian company has already reached a deal with the Czech company Energetický and Průmyslový Holding to sell its stake.

The net profit of SE for 2015 amounted to €24 million, the worst result in the last decade, the Pravda daily reported. Especially low electricity prices are given as the reason for the low profit. After Enel acquired the majority stake in SE in 2006, electricity prices climbed to €90/MWh in 2008. Nowadays they amount to €30/MWh. Currently there is an excess of electricity on the market and low prices may last several years.

“Current electricity prices are at historical lows and thus Mochovce is not a project which needs to show a fast economic return,” Minister Žiga said in a recent interview with Pravda. “But after Mochovce is complete, everything can change. In spite of this it is one of the projects that will increase the energy security of the country and enable Slovakia to export electricity.”