The management of the Comenius University (UK) in Bratislava and leaders of its Academic Senate are worried about the recent events following the failed coup d’état in Turkey. 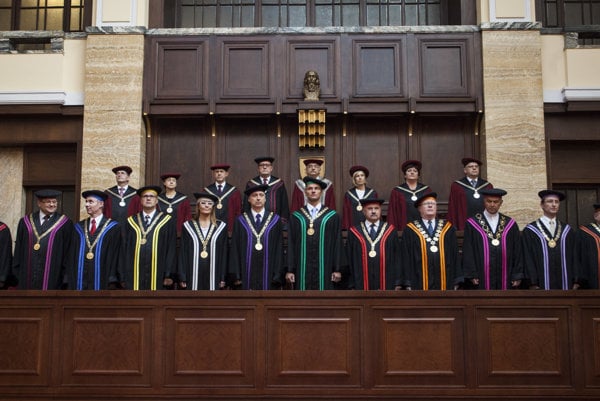 The Turkish University Council (YÖK) banned, until further notice, academics from travelling abroad and ordered those who already work abroad to return home.

The information published mention purges impacting tens of thousands of employees of state institutions: more than 15,000 employees of the Education Ministry, more than 1,500 deans of state and private universities and colleges were forced to resign, thousands of teachers in private institutions lost licences and even several private schools were stripped of licences.

We are connected with the Turkish academic environment with numerous bilateral partnerships and cooperations with Turkish universities, Rector of the UK Karol Mičieta and chairman of the Academic senate, Daniel Ševčovič informed media. However, the connections in education and culture go back to the 9th century when Byzantine scholars Cyril and Methodius came to current Slovak territory from then Constantinople (today’s Istanbul) who had a decisive impact on the development of education and society.

Bearing in mind the sacred and essential framework of values of academic freedoms, free education and research, the UK is in full solidarity with its colleagues from Turkish universities in a situation which threatens their academic rights and freedoms, as well as the very autonomy of the university network. In this, the university joins stances of the Association of European Universities (EUA), and the statement of the Czech Conference of Rectors, in calling on all people of goodwill to jointly support freedom and democracy in Turkey.