Children of Slovaks living in Poland, Hungary, the USA, the United Kingdom, Italy and France are spending part of their summer holidays in a mountain hotel in Turčianske Teplice. 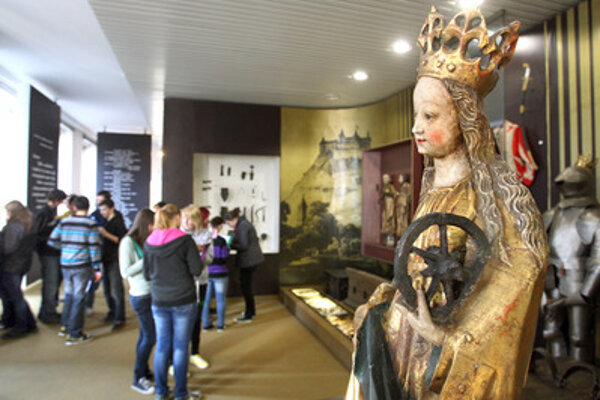 In the spa town in the Žilina Region, they try to polish up their Slovak. The summer camp, which will also focus on acquainting them with Slovak history, was prepared by the Office for Slovaks Living Abroad and the Education Academy in the nearby city of Martin.

“Each day is focused on a special period in Slovakia’s history, with games and competitions for children on these themes,” Education Academy’s Eva Hlaváčová told the TASR newswire on July 26. “We want to make sure that the children don’t lose close contact and their relationship to Slovakia and the Slovak language, which is the communication language in the camp. The children study Slovak as a foreign language, so they’ve been given the opportunity to improve their pronunciation and vocabulary via targeted activities during these two weeks.”

As part of the camp, the children have already visited the largest museum of Slovak villages in Slovakia in Martin, the Mining Museum and Mint in Kremnica (in Banská Bystrica region), and visited Banská Bystrica and the spa town of Turčianske Teplice itself.