The Bridgin’ Drama project founded by an English language school presents another play adapted by them from a classical Slovak drama. 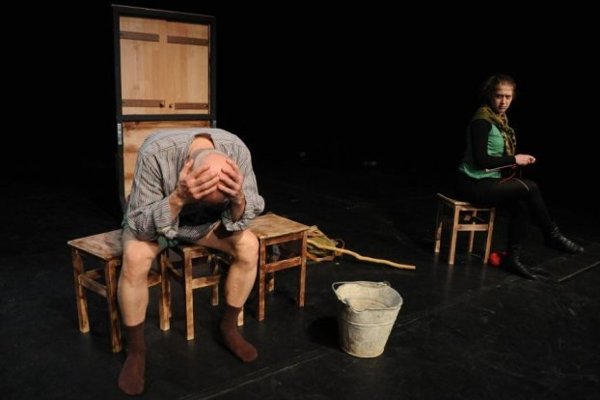 Just Another Cup Of Tea is “a politically incorrect comedy”, adapted from the Čaj u pána senátora /Tea at the Senator’s play (from 1929) by Slovak dramatist Ivan Stodola. The performance in English aims at introducing, in a playful, attractive way, the Slovak classics to unwitting foreigners.

The play is a parody of our petty, small-minded bourgeois society, democracy and political morals, the organisers said. The lead character, owner of a funeral service, Mr. Balthezzar Peach, wants to improve his financial situation,  and after being persistently persuaded by his wife to do so, he enters the world of politics. As an ordinary man, who only sees himself and his profit, Mr. Peach becomes a puppet and the carousel of machinations, meetings and “top politics” starts spinning.

Just Another Cup of Tea is a comedy full of human simplicity that does not allow characters to see beyond the end of their nose.