IKEA will launch e-shop in Slovakia

A second store in Slovakia is also under consideration. 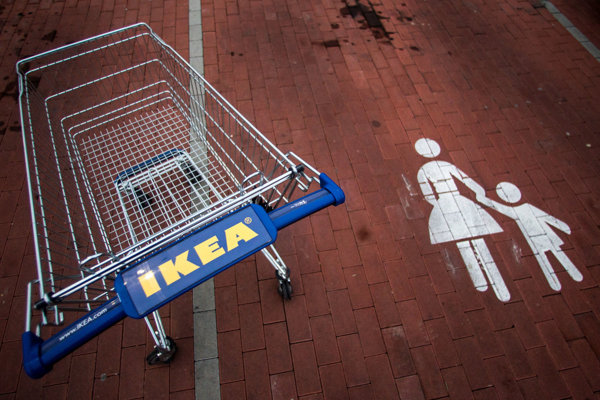 Slovaks will not need to go in person to the furniture seller IKEA to shop anymore. The Swedish company plans to extend its portfolio of services for clients and launch its first e-shop in Slovakia.

“We plan to introduce this service in Slovakia in early 2017,” Zuzana Janove, spokeswoman for IKEA in Slovakia, told the Sme daily. She did not specify the exact date.

Firstly a local online shop within the service “klikni a dovezieme” (you click and we will deliver) should be in operation Slovakia. This means that the client will click on the wanted goods in the e-shop and the retailer will deliver it directly from the shop, i.e. in case of Slovakia from the Bratislava store.

“Within the Czech Republic, Slovakia and Hungary, we plan to launch the IKEA e-shop on this global platform within two years, which means approximately between 2018 and 2019,” said Janove.

Ľubomír Drahovský, a market analyst with Terno, a market survey agency, is of the opinion that for IKEA, it is the high time to launch an e-shop in Slovakia. It is an established company on the market and its goods are popular with people.

“This will solve the problem of purchasing its goods for central and especially eastern Slovakia,” said Drahovský. “IKEA with its assortment has not had any competition in Slovakia since its entry onto the Slovak market.”

The Swedish furniture seller has already launched the e-shop in the neighbouring Czech Republic in September. The reason was the high demand of clients for this service. Now customers can select online from thousands of goods. IKEA will deliver these goods directly from the store.

So far there have been only rumours about opening a second store in Slovakia. For now there is only one – in Bratislava. Janove admits that IKEA is interested in opening a second site but the company has not chosen the locality yet. Košice has been considered as a possibility.