Though they will soon be obliged to communicate with state authorities electronically, many firms still do not know how the system works. 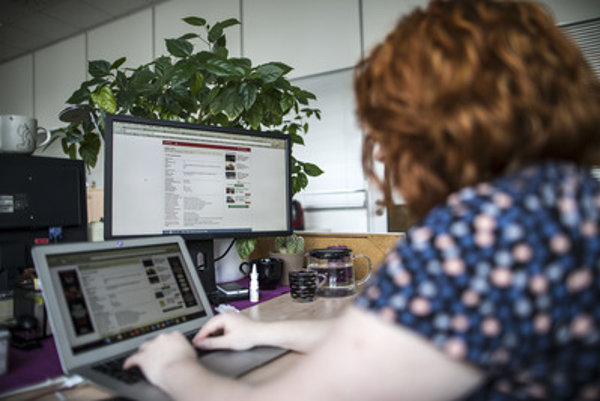 Only a few companies know they will be obliged to use electronic letterboxes as of the following year. Though the state authorities should send all important documents to them in electric form as of the beginning of the year, less than 2 percent of businesses have already activated them.

Observers blame a weak information campaign by the state and a difficult sign-up process.

“Entrepreneurs do not even know about compulsory activation of e-letterboxes, do not understand the process or do not take it seriously,” Peter Kremský, executive director of the Business Alliance of Slovakia (PAS), told The Slovak Spectator.

The National Agency for Network and Electronic Services (NASES) has already established more than 5.6 million e-letterboxes, of which nearly 322,974 belong to corporate entities. The businesses now have time until January 1, 2017 to activate them on their own, while after this date the process will become automatic.

The official NASES data show that only 4,690 e-letterboxes have been activated through August 31.

“Though this intention of the state is good, it will not be enough,” said Ján Oravec, chair of the Entrepreneurs Association of Slovakia (ZPS).

If the system is to work properly, it is necessary to reduce the amount of information citizens and companies must provide the state, and also to secure the exchange of information among the authorities in order not to burden people and companies with submitting the same documents multiple times, he added.

Originally, the state planned to automatically activate the e-letterboxes of companies as of August 1, 2015, but later postponed it by one year. Also this deadline has not been met as Deputy PM for Investments and Informatisation Peter Pellegrini set a new one on January 1, 2017, explaining the companies are not prepared for such a step.

“We have not noticed any significant changes since then,” Ľubor Illek of Slovensko.Digital platform told The Slovak Spectator, pointing to the fact that less than 2 percent of companies enlisted in the Business Register have activated their e-letterbox. “If this trend continues, we may expect ‘big bang’ on New Year’s Eve.”

The representatives of companies say they have only little information about the system. There is no targeted campaign, while the websites informing about the changes are not very clear, Kremský said. He hopes the companies will at least receive a letter informing them about the transition to electronic communication.

NASES however claims it already offers information to companies. It for example has published videos with instructions, but not many people have actually seen it, according to public-service broadcaster RTVS.

The agency also records higher number of calls to the central contact centre where the businesses can learn more about the e-letterboxes, Monika Hucáková, spokesperson for NASES, told The Slovak Spectator.

Moreover, the state plans to launch a communication campaign, but no details are known yet. Pellegrini’s office claims it only coordinates it, and that “the specific form and steps will be presented with cooperating bodies NASES and the Interior Ministry”. Its preparation is still underway, the office’s press department informed The Slovak Spectator.

“In order to have the electronic services of the public administration accepted and used, the systematic and concentrated work with users is necessary,” Illek said, pointing to the practice from abroad where some basics of work with e-Government are taught in schools.

Companies also complain on the access to the system. The responsible persons for the e-letterbox (in most cases its statutory representative) can then log into the system by using IDs with activated electronic chips, card reader and security code via a special software they need to install. This is a problem as many entrepreneurs still have old ID cards, Oravec said.