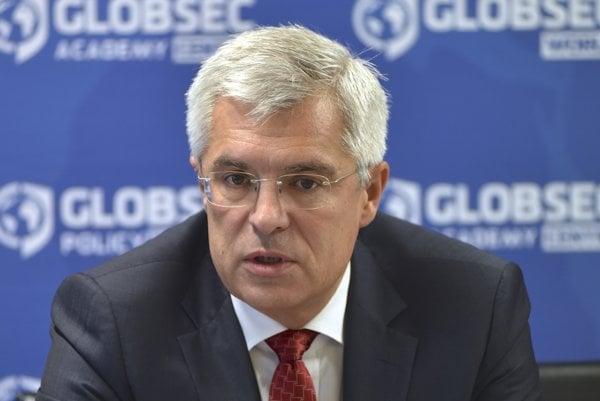 Ivan Korčok, Ministry State Secretary and Government Proxy for the Slovak Council of the EU Presidency, during the a press conference on the topic of Tatra GLOBSEC 2016 Summit which will be held on October 28-30 in Bratislava. (Source: TASR)
Font size:A-|A+

The Slovak Republic plans to submit a proposal for new measures to address the migration crisis in the European Union, said Ivan Korčok, Ministry State Secretary and Government Proxy for the Slovak Council of the EU Presidency, on Monday, October 24.

“Slovakia will bring in a concrete proposal with other elements which will clearly manifest solidarity without which, the migration crisis cannot be resolved,” said Korčok, as quoted by the SITA newswire.

Korčok explained that the migration crisis will not be resolved with mandatory quotas for the admission of refugees. Slovakia wants with this proposal to replace forced solidarity with flexible solidarity and to complement the reform of the Dublin system of the European Commission (EC) from June 2016 which defines the responsibility of states for examining an asylum application. 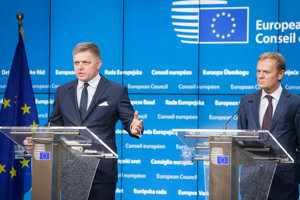 The EC proposed to apply permanent quotas without restrictions in terms of the number of immigrants, said Korčok.

“We affirm that this concept, which is exclusively aimed at tackling migration through mandatory quotas, is dated,” Korčok said.

The issue of migration has caused deep division in the EU and Slovakia wants to help overcome these differences during its EU presidency. Flexible solidarity is a political response to the introduction of forced solidarity at a point when it is necessary to overcome the EU division, said Korčok.

“Therefore, we are looking for solidarity that everyone will be able to participate in,” Korčok said, as cited by SITA.